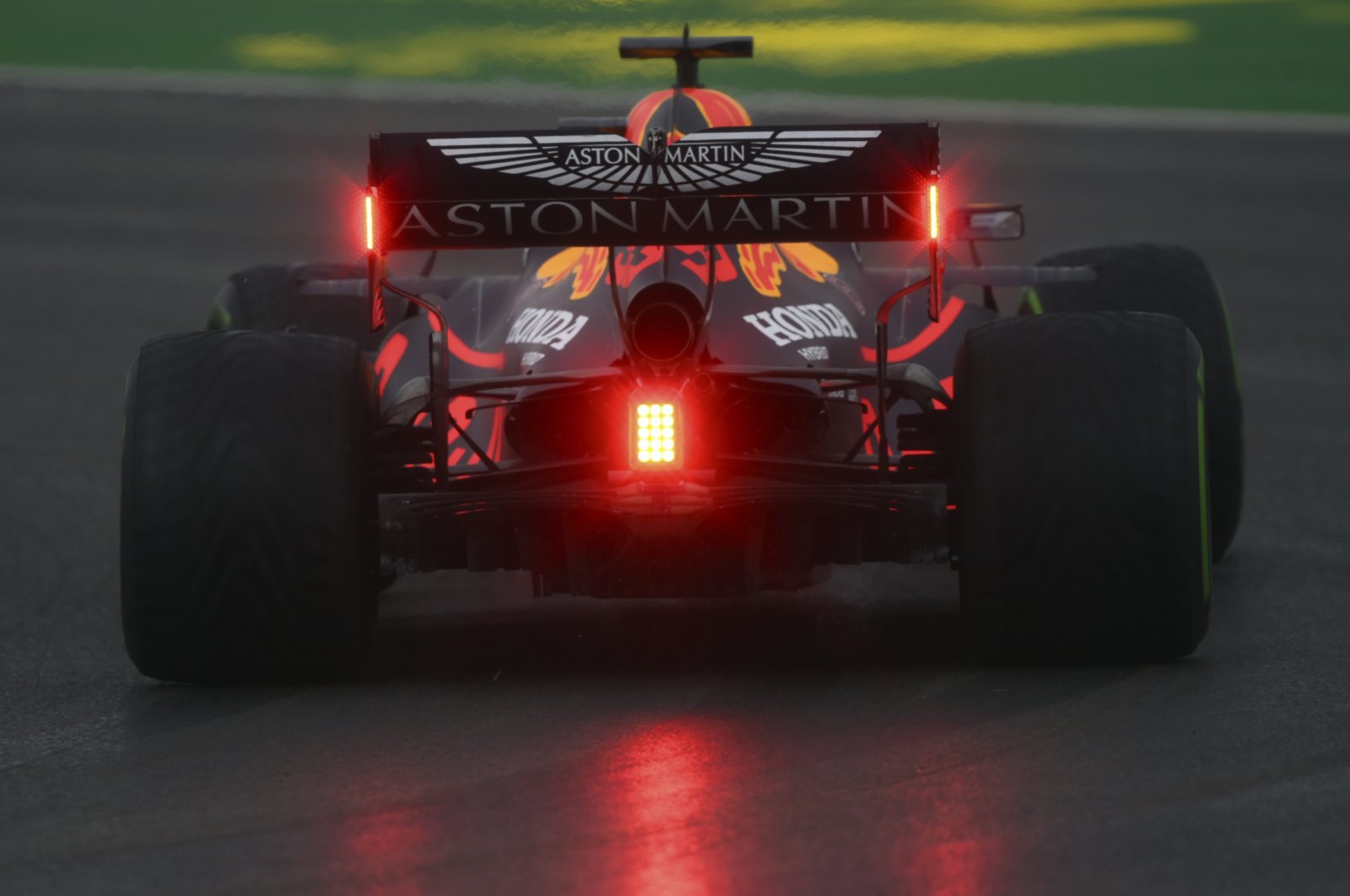 Red Bull driver Max Verstappen of the Netherlands steers his car during the third practice session at the Istanbul Park circuit racetrack in Istanbul, Nov. 14, 2020. (Pool via AP)
by ASSOCIATED PRESS
Nov 14, 2020 1:47 pm

Red Bull driver Max Verstappen was again fastest in a cold and rain-soaked final practice for the Turkish Grand Prix ahead of qualifying later Saturday.

On a slippery track compared to an “ice rink” by Lewis Hamilton after Friday's two practice runs, Verstappen was .94 seconds quicker than Ferrari's Charles Leclerc and 1.57 ahead of Red Bull teammate Alexander Albon on a resurfaced Istanbul circuit last used in Formula One in 2011.

Hamilton did not set a lap time, a risky move if it does not dry out in time for qualifying.

His Mercedes teammate Valtteri Bottas pushed hard all the way through the session in a bid to get some heat into the tires and was eighth quickest but a huge seven seconds off Verstappen's time.

Verstappen, who was quickest in both sessions on Friday, did well in treacherous conditions that caused several drivers to spin. Leclerc lost control early on and bumped Esteban Ocon's Renault off the track and McLaren's Carlos Sainz Jr. went off the track into the grass.

Barely 20 minutes into the session, Leclerc slid off and narrowly avoided hitting the crash barriers.

“It's undriveable like this,” Leclerc said. “Tires are too cold.”

AlphaTauri driver Daniil Kvyat joked that the conditions were like driving on ice in the winter. He was one of the few drivers laughing in conditions that may delay or even postpone qualifying later Saturday.

The race is being held without fans because of the coronavirus pandemic. This is the 14th race of the season and only three have been held with spectators.