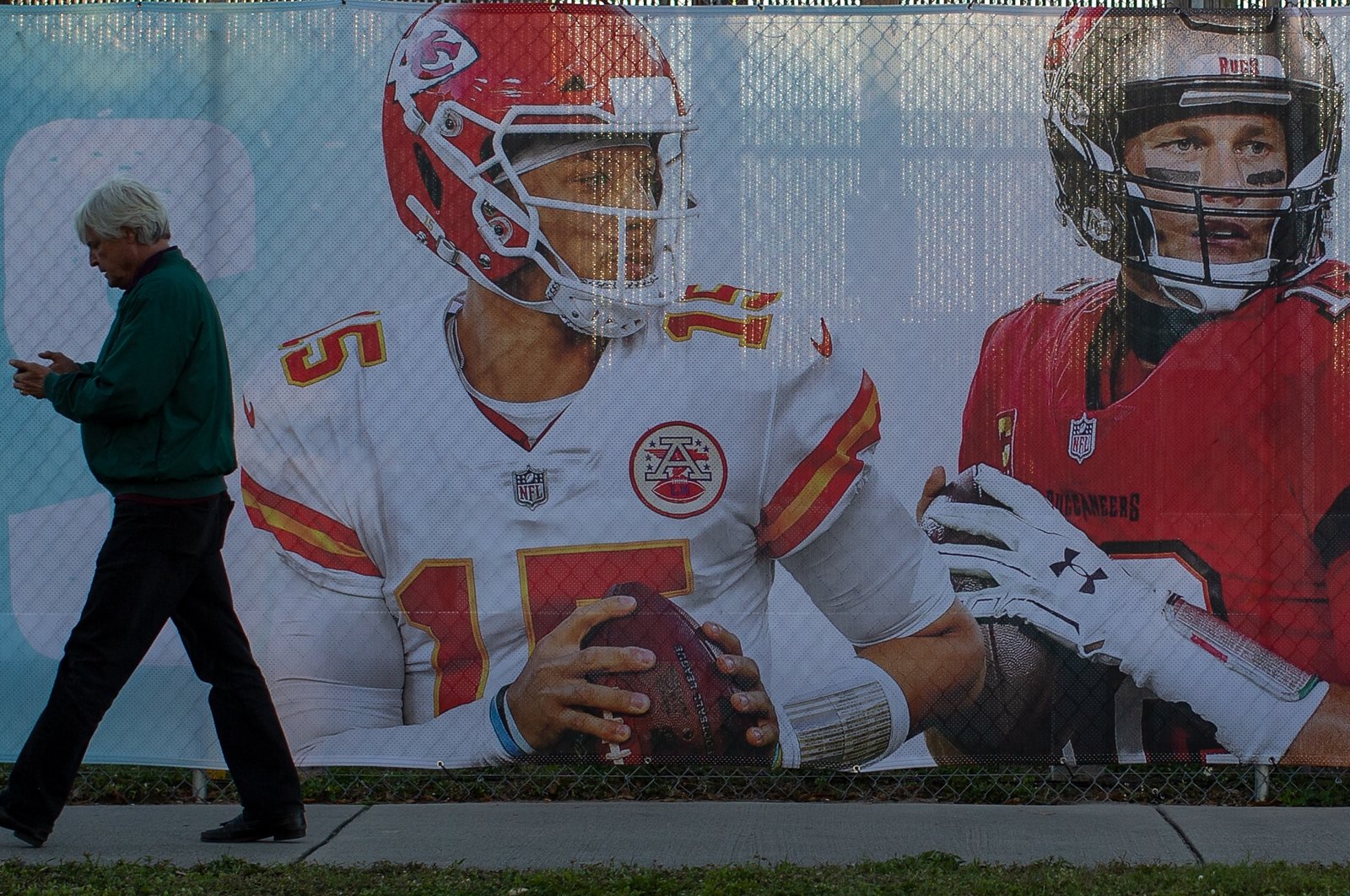 Tom Brady and Patrick Mahomes go head-to-head on Sunday in a potential Super Bowl classic that pits the greatest quarterback in NFL history against the pretender to his throne.

After an NFL season played out against the backdrop of COVID-19, Brady's Tampa Bay Buccaneers will take on Mahomes and the defending champion Kansas City Chiefs at the Raymond James Stadium.

The biggest event on the American sporting calendar kicks off at 6:30 p.m. local time (11:30 p.m. GMT), with a reduced capacity crowd of 25,000 and a U.S. television audience of around 100 million expected to tune in.

A dream season finale sees the 43-year-old Brady attempting to win a seventh NFL championship against the 25-year-old Mahomes, who is hoping to lead the Chiefs to back-to-back Super Bowls.

A victory for Brady and the Buccaneers would etch another improbable chapter in a career that has spanned 21 seasons.

The veteran quarterback has advanced to the 10th Super Bowl of his career in his first season with the Buccaneers after ending his two-decade stay with the New England Patriots last March.

"It's been an incredible team effort throughout my life on and off the field," said Brady, who will become the oldest player ever to start in a Super Bowl.

A win for Mahomes, however, would mark a symbolic passing of the torch from the most successful quarterback in NFL history to the man tipped by many as a potential successor.

While the Chiefs have been installed as favorites, the Buccaneers will have the advantage of playing in their home arena.

The Bucs won the right to be the first team ever to play a Super Bowl at their own stadium after beating the Green Bay Packers on the road in the NFC Championship game at Lambeau Field two weeks ago.

The team checked into a hotel in Tampa Bay on Saturday for final meetings before Sunday's showdown.

Buccaneers coach Bruce Arians – who came out of retirement to take the Tampa Bay job in 2019 -– said Saturday his team would require no motivational speeches ahead of the game.

"Like I told them, if you need a speech to get fired up to play football, you're in the wrong game," said Arians, who at 68 could become the oldest head coach to hoist the Vince Lombardi Trophy.

The Chiefs meanwhile flew to Tampa on Saturday under a cloud after assistant coach Britt Reid was involved in a traffic accident on Thursday that left two children injured, one of them seriously.

Reid, the son of Chiefs head coach Andy Reid, is being investigated for possibly driving under the influence after telling police officers at the scene of the crash he had been drinking.

The Chiefs confirmed Britt Reid's involvement in the accident but have so far declined further comment.

Head coach Andy Reid showed no sign that the incident involving his son – who has a history of drug and driving offenses – was weighing on his team's Super Bowl preparations.

"Good energy," Andy Reid said after a final walkthrough on Saturday. "It's important to have that. This was just kind of a review day, so we go back through all the situations and make sure we have all those covered."

Sunday's Super Bowl brings the curtain down on an NFL season that has been completed successfully despite a nationwide coronavirus pandemic that has surged out of control at different times.

While COVID-19 forced multiple games to be postponed, and in one case required a team to start a game without a recognized quarterback, the league's safety protocols have largely held firm.

While most games this season took place in empty stadiums, limited numbers of fans were allowed into some venues.

Sunday's game will host a socially distanced crowd of around 25,000 in a venue that normally holds around 65,000 spectators.

The crowd will include 7,500 vaccinated frontline health workers who have been invited to attend by the NFL.

Dr. Anthony Fauci, chief medical advisor to U.S. President Joe Biden, has meanwhile urged Americans not to gather for parties for fear of causing a resurgence of the virus.

"As much fun as it is to get together for a big Super Bowl party now is not the time to do that," Fauci said. "Watch the game and enjoy it, but do it with your family or the people in your household."