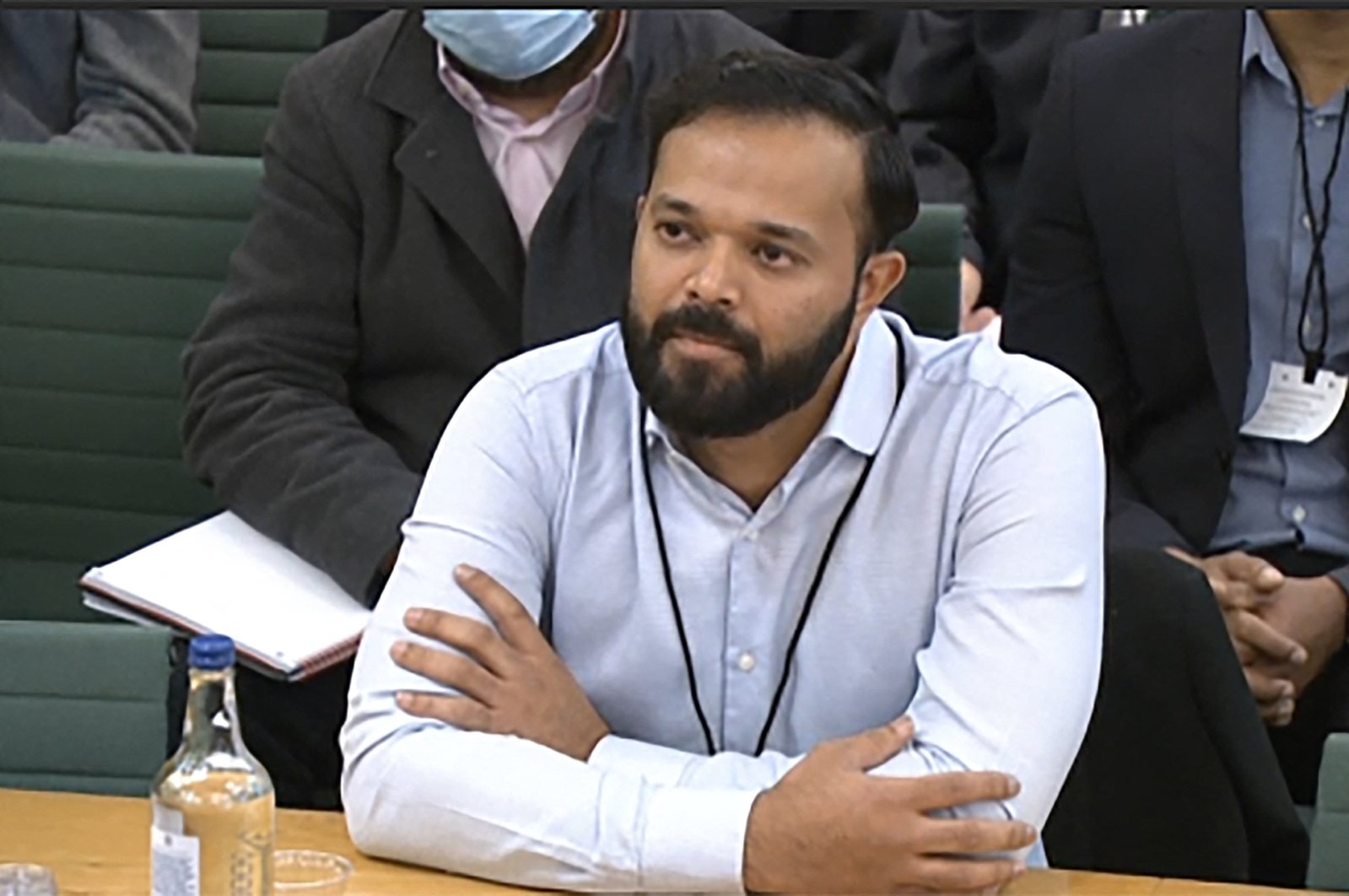 Former cricketer Azeem Rafiq illustrated the depths of racism in English cricket in a tearful testimony at a British parliamentary hearing on Tuesday.

Rafiq told the hearing that he was humiliated by the racist abuse and bullying he suffered at England’s most successful cricket club.

He said Yorkshire teammates used an offensive term referencing his Pakistani heritage, and the leadership at the 33-time winners of the English county championship failed to act on the racism. Rafiq told a House of Commons select committee overseeing sport that from pretty early on, he and other people of Asian background received comments like "You lot sit there near the toilets" and were called "elephant washers." He said the word "P***" was used constantly, "And there just seemed to be an acceptance in the institution from the leaders and no one stamped it out.”

Rafiq, a former England under-19 captain, said he felt "isolated, humiliated at times” by his treatment at Yorkshire during two spells playing for the club from 2008 to 2018.

The England and Wales Cricket Board has suspended Yorkshire from hosting international matches over its "wholly unacceptable” response to the racism faced by Rafiq. Yorkshire said last month that it would not take any disciplinary action against any of its employees, players or executives despite a report that found Rafiq was the victim of racial harassment and bullying.

Rafiq told legislators he was being considered as a captain of Yorkshire before reporting his concerns in 2017. Then Rafiq said board minutes said he was "a problem, a troublemaker and an issue that needs to be resolved.” That followed a 2017 preseason tour when Rafiq said he suffered abuse from a teammate in front of others. "Gary Ballance walks over and goes, ‘Why are you talking to him? You know he’s a P***.’ Or, ‘He’s not a sheikh, he’s got no oil,'" Rafiq recalled.

Two weeks ago, Ballance, a former England cricketer, admitted to using a racial slur against Rafiq when they were teammates at Yorkshire, but said "this was a situation where best friends said offensive things to each other which, outside of that context, would be considered wholly inappropriate.”

A formal investigation was commissioned by Yorkshire in September 2020 into 43 allegations made by Rafiq, with seven of them upheld in a report released only in September under pressure from the lawmakers staging the hearing on Tuesday.

At one point the committee had to break for several minutes after Rafiq grappled with the emotions of recounting painful experiences.

The Pakistan-born Rafiq, who is Muslim, described his distressing first experience with alcohol at the age of 15 after being asked about his drinking. "I got pinned down at my local cricket club and had red wine poured down my throat, literally down my throat,” the 30-year-old Rafiq said. "The player played for Yorkshire and Hampshire. I (then) didn’t touch alcohol until about 2012 and around that time I felt I had to do that to fit in."

"I wasn’t perfect. There are things I did which I felt I had to do to achieve my dreams. I deeply regret that but it has nothing to do with racism. When I spoke I should have been listened to. The game as a whole has a problem, with listening to the victim. There is no ‘yeah, but’ with racism; there is no ‘two sides’ to racism.”

The chairperson and chief executive of Yorkshire resigned this month.