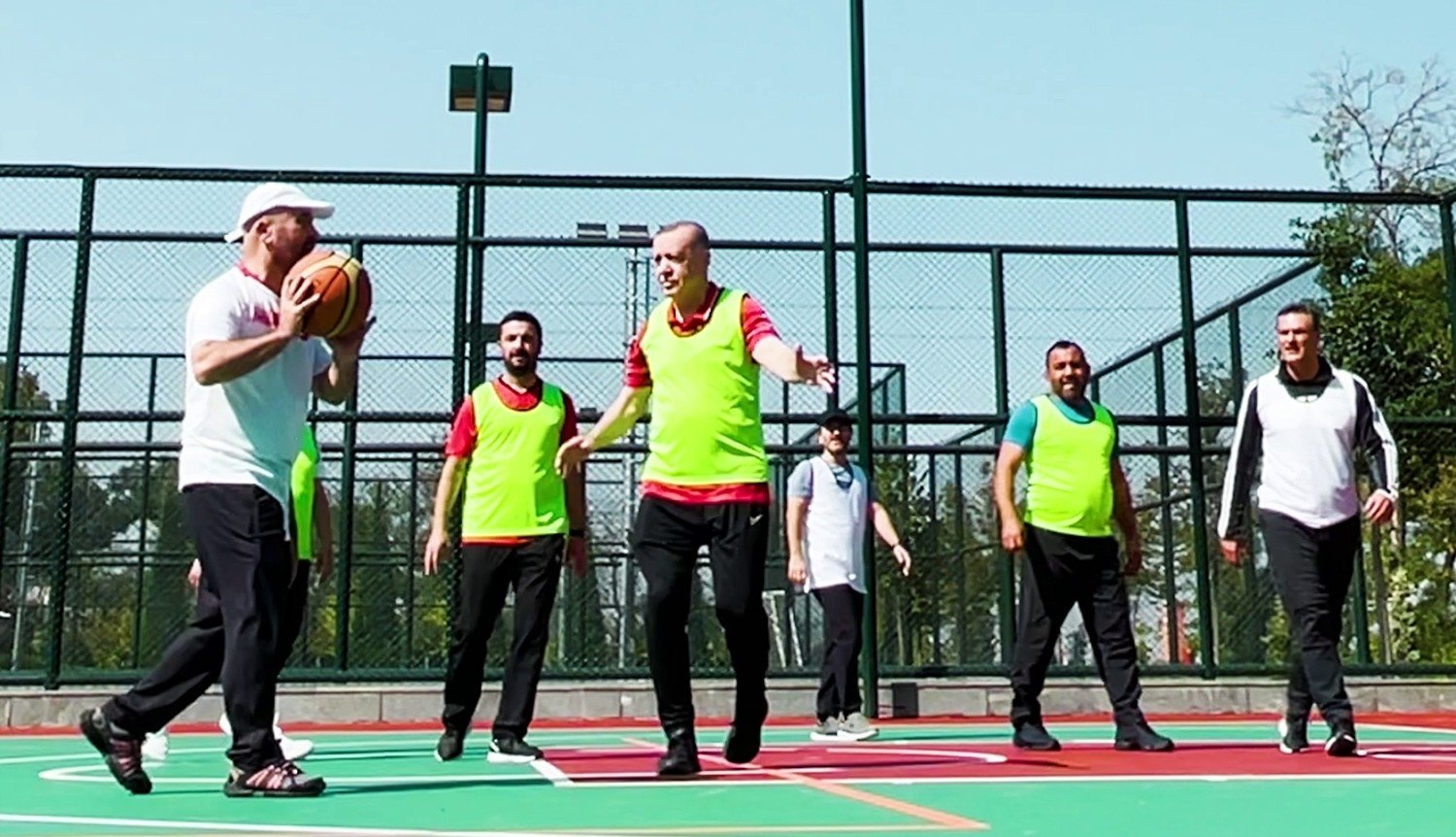 President Recep Tayyip Erdoğan on Sunday called on citizens to pick up sports for better life and health.

The call came after Erdoğan played a game of basketball with several senior ministers and government officials at the Presidential Complex in Ankara on Sunday.

"Doing sports is very important for good health. I try to do sports at least three days a week," wrote Erdoğan on social media as he highlighted the importance of being active for a healthy lifestyle.