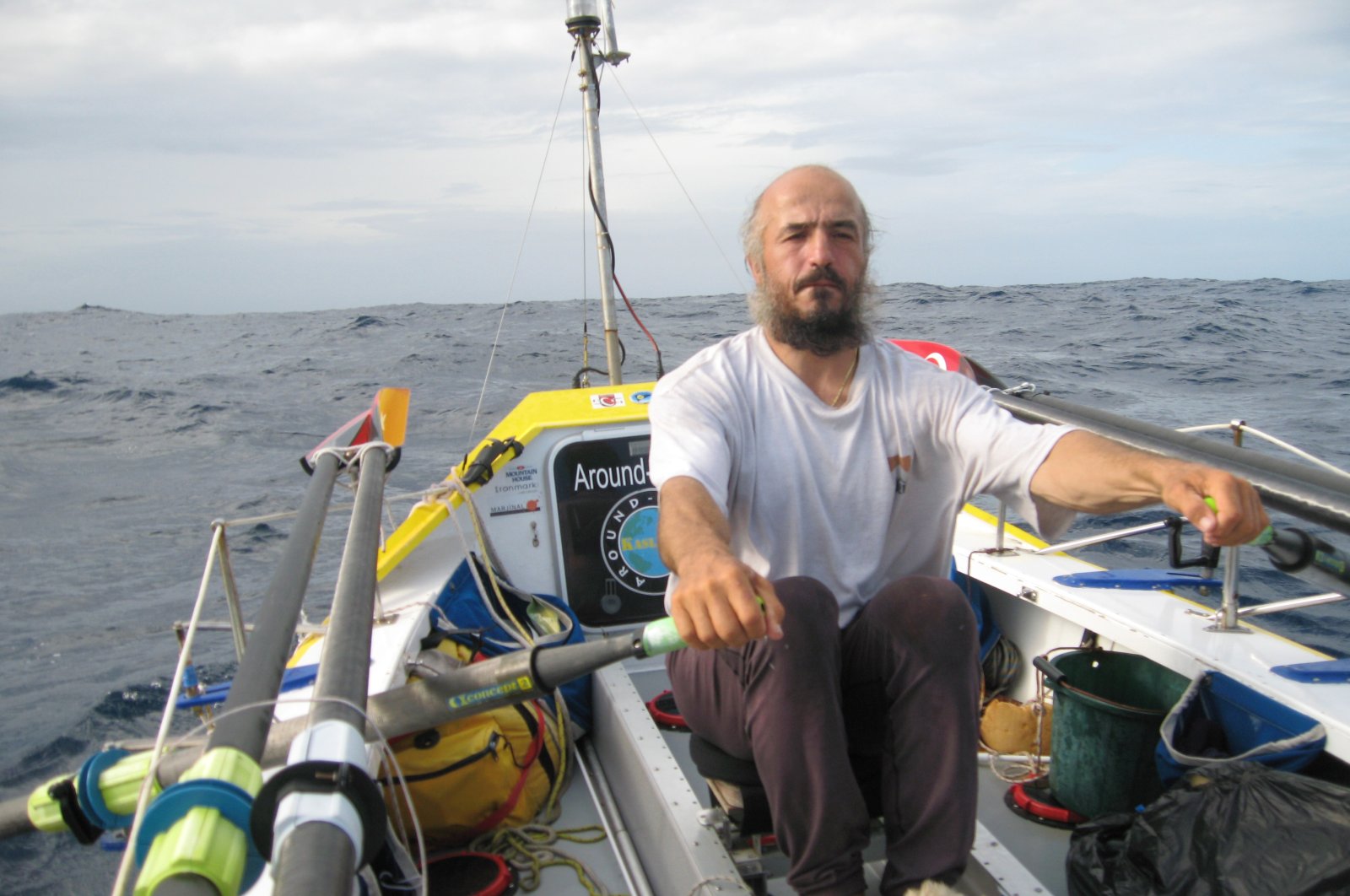 Turkish record-setting ocean rower Erden Eruç is about to embark on a new challenge as he hopes to become the first person in history to row from North America to Asia across the Pacific Ocean.

"I am aiming to reach Hong Kong in March 2022," Eruç told Anadolu Agency in an interview.

He was born in the Turkish Republic of Northern Cyprus (TRNC) in 1961. The son of a military officer, he moved to Turkey as a toddler. After completing a master's degree in mechanical engineering from Istanbul's Boğaziçi University, he went to the U.S., where he received another master's degree in business administration in 1999.

He was also the first person to row across the three major oceans, the Atlantic, the Pacific, and the Indian Ocean.

Death of a friend

The 59-year-old adventurer's human-powered circumnavigation was later expanded to include summitting the tallest mountains on six continents.

The expedition, planned as a tribute to his friend and fellow adventurer Goran Kropp who died in 2002 while climbing with Eruç in Vantage, Washington, was named the Six Summits Project.

He summitted North America's Denali (also known as Mount McKinley), Mount Kosciuszko in Australia, and Mount Kilimanjaro in Africa in 2011 during the circumnavigation that took 5 years, 11 days, 12 hours and 22 minutes.

Eruç returned to Bodega Bay, California, to complete the circumnavigation. "I came back to the U.S. through Namibia, Venezuela, the Caribbean Sea and the Gulf of Mexico," he said.

"After the loss of Kropp, I had told himself that life is short."

"On the plane returning from Kropp's funeral, I drew a map of the world, marking the highest peak on each of the six continents and I told myself that I'll travel to scale all these peaks using only human power," he added.

In his latest expedition, Eruç plans to reach Hawaii by the end of August and plans to cross Guam and Mariana Islands in January 2022 to avoid the Pacific hurricane season.

"I need to set the right tempo to catch the right seasons and lower risk. I never bet on anything or leave things to chances but I do take calculated risks," he said. After reaching Hong Kong in March 2022, plans to cycle all the way to Nepal to summit Mount Everest in the summer. After that, in fall 2022 he plans to travel through China's Xinjiang, Kyrgyzstan, and Kazakhstan before summiting Mount Elbrus on the Russia-Georgia border. He will also scale Aconcagua in Argentina.

Eruç plans to spend the spring of 2023 in Turkey, visiting rural schools and speaking to children about his adventures and expeditions.

Eruç said he will undertaking the journey to achieve personal goals, as well as raise awareness on the environmental crisis caused by human activities.

"The plastic problem in the seas is a big issue. We must reduce the use of plastic and ensure that plastic doesn't touch the seas," he said.