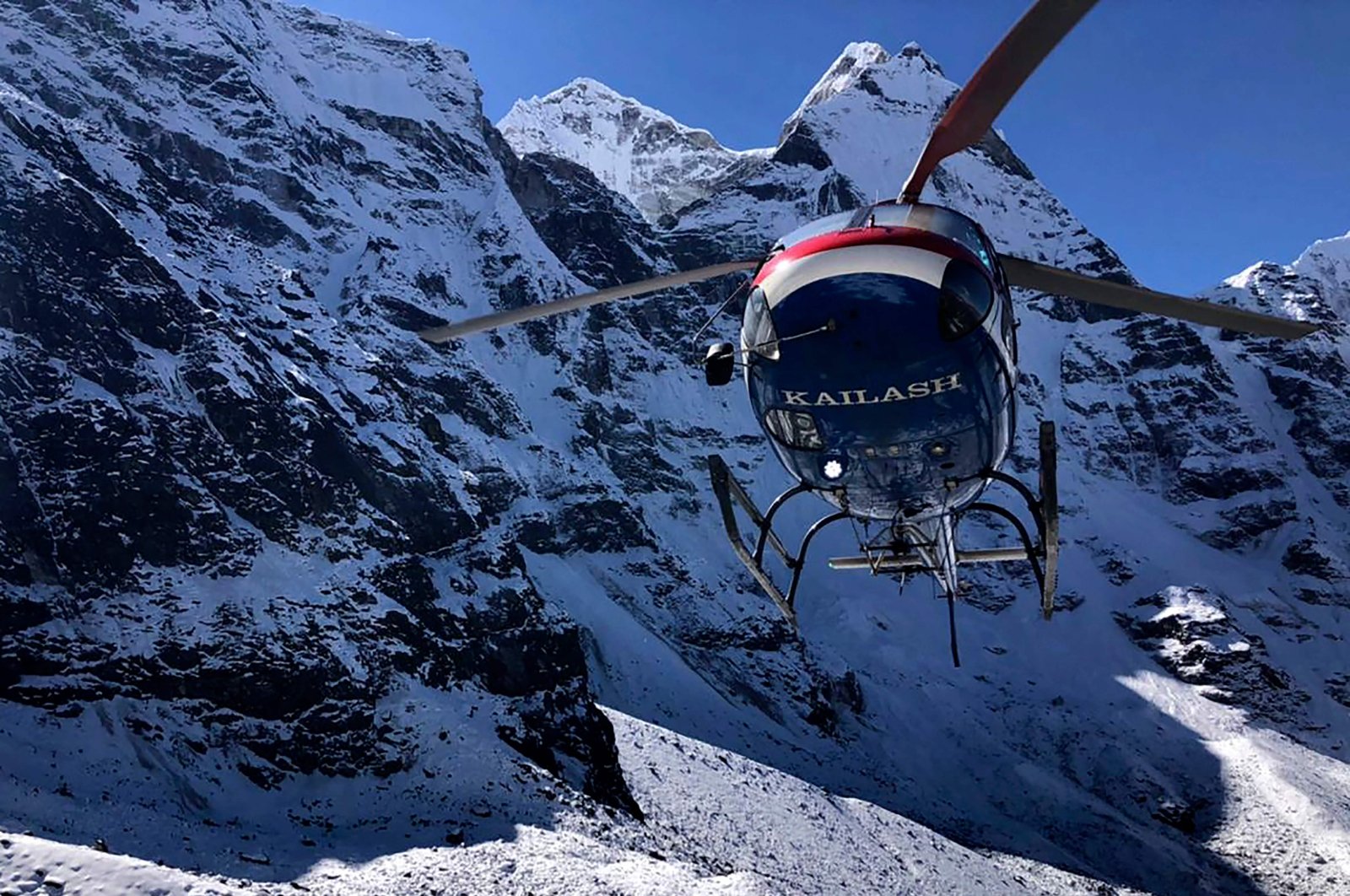 A search and rescue team recovered Monday the bodies of three French climbers who went missing at a remote corner of the Himalayas last month, police in Nepal said.

The group was attempting to scale Mingbo Eiger, a 6,000-meter (19,700-feet) peak near Mount Everest. They were last heard via satellite phone from their camp on Oct. 26.

Bad weather hampered efforts to find the men and a member of the team trying to locate them last week said they could have been buried under a depth of snow the size of a five-story building.

Rishi Raj Dhakal, an inspector at the Solukhumbu district police office, told Agence France-Presse (AFP) the bodies were transported by helicopter to the small town of Lukla, which sits close to the route up to Everest.

"The bodies will now be sent to Kathmandu for postmortem," he added.

Ang Norbu Sherpa, a mountain guide who led the rescue efforts for the trio, said they had been found near the north face of Mingmo Eiger.

He was not able to provide separate confirmation that the bodies belonged to the missing climbers.

The three young mountaineers – Thomas Arfi, Louis Pachoud and Gabriel Miloche – were part of an eight-strong expedition. They had split into two groups to tackle different summits.

The men appeared to have abandoned their summit attempt and turned back when an avalanche hit.

Search operations were suspended last week after the French Federation of Alpine and Mountain Clubs (FFCAM) conceded that the chances of finding the men were "practically zero."

The FFCAM had also rejected claims in local media that the expedition did not have proper climbing permits.

Climbers have started returning to Nepal after the coronavirus pandemic forced a complete shutdown of its mountaineering industry last year and devastated the tourism-dependent economy.

The Himalayan nation of 30 million reopened to tourists in September after scrapping quarantine requirements for vaccinated foreigners.