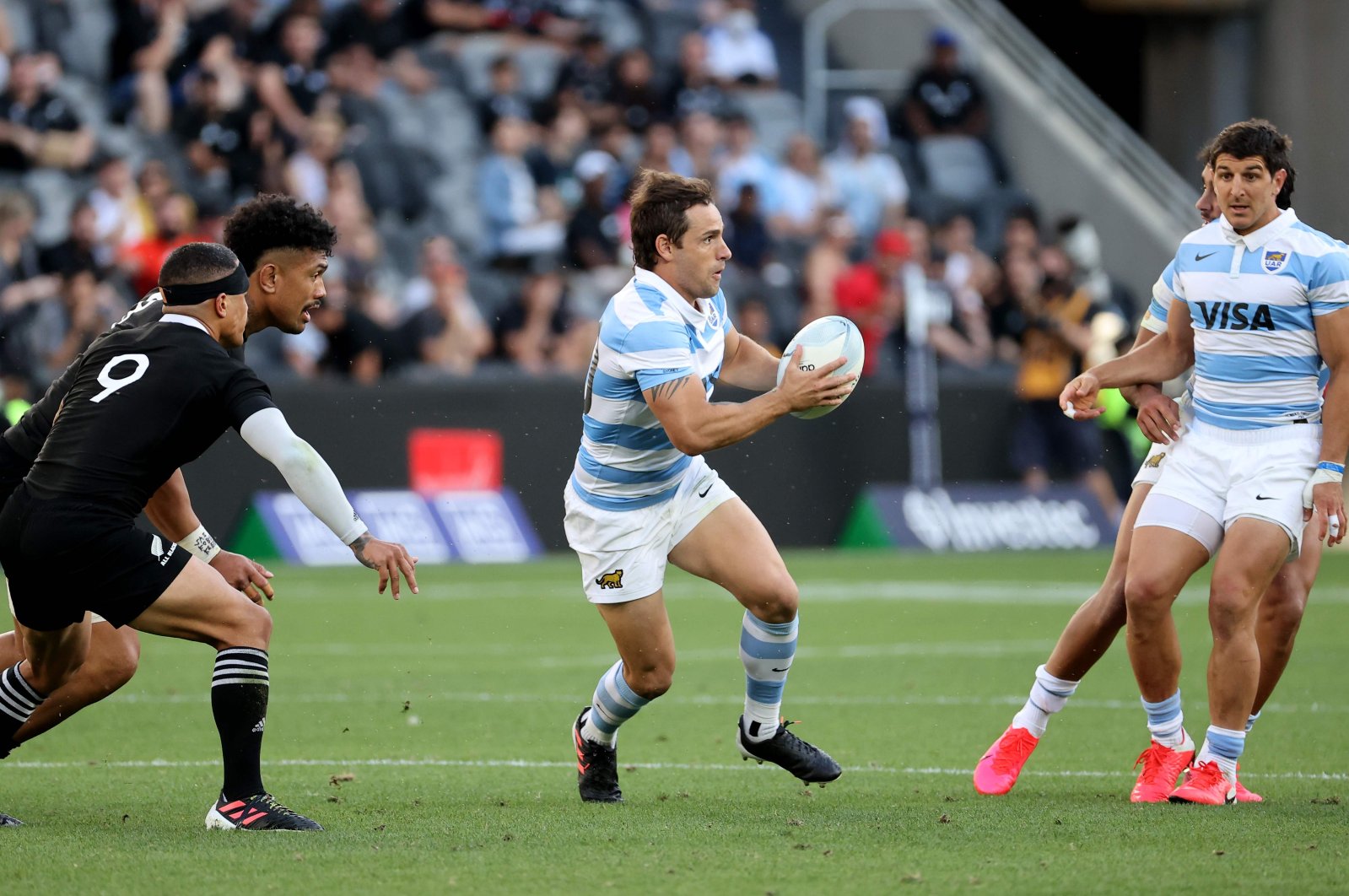 Former Wallabies coach Michael Cheika could come back to haunt his old team on Saturday as he tries to help Argentina pull off its second straight upset after last week's stunning win over New Zealand.

The Pumas are riding high after their 25-15 Tri Nations defeat of the All Blacks last week in Sydney, with a brick-wall defense helping them to their first win over the three-time world champions.

Dave Rennie's Australia is now in their sights in Newcastle, as they hunt for their first back-to-back wins against Tier 1 opposition since defeating Italy and France in June 2016.

Despite not playing since last year's World Cup, Argentina played an astute game in Sydney, holding onto the ball well, and when it did kick, forcing uncharacteristic All Blacks errors.

Captain Pablo Matera credited the influence of Cheika, who is with the team as a consultant after a call from coach Mario Ledesma, an old friend who used to work with the Wallabies.

"The first day he said, 'Hey, what are you waiting for?'" Matera said of Cheika.

"'You've got everything. You've got big physical players, young players, a lot of energy. Just go and take it," he said.

Cheika's fingerprints are likely to be all over the match again Saturday against a Wallabies team he coached until their World Cup quarterfinal loss to England last year.

Rennie insisted he wasn't worried about the inside knowledge that might come from his predecessor, who departed acrimoniously after Australia's failed World Cup campaign.

"We haven't spoken about it," Rennie said. "I'm not certain what his role is, I know he's come in as some form of specialist and chipping in where required."

"Certainly, there was a really impressive defensive effort (last week) so if he had anything to do with that, he's done a good job," he said.

Ledesma has named an unchanged run-on side, with Stade Francais playmaker Nicolas Sanchez again shaping as key after scoring all 25 points against the All Blacks, including their lone try and six penalties.

But his record against Australia is not as hot, scoring just one try across 13 previous Tests.

Ledesma cited Australia's set-piece and its offensive threat as areas of concern.

"We just have to be spot-on in our game plan, and that is our kicking game, and to control the tempo," he said.

"We've worked a lot during the week on being fresh after the emotion of last week after not playing that kind of rugby or that level of intensity for a long time," Ledesma added.

Once again the odds are stacked against Argentina.

The team has lost 17 of its last 19 against the Wallabies, including 14 of the previous 15 in Australia.

But its confidence is high and it is searching for a fourth win in five Tests, having beaten New Zealand, the U.S. and Tonga, with England its only defeat.

"I'm well aware of how good Argentina were last week and it's a chance for us to show that we are developing and are getting better. A win would put us in a pretty strong position," said Rennie.

Australia needs a victory to keep alive its hopes of winning the Tri Nations, with one win from two so far.

The team has kept the same backline that helped orchestrate its upset of the All Blacks, but made three changes among the forward.

Scott Sio comes in for injured prop James Slipper while Ned Hanigan will start at blindside flanker after Lachlan Swinton was sent off on his debut.

Elsewhere, hulking prop Taniela Tupou, nicknamed "the Tongan Thor," takes over from Allan Alaalatoa in a bid to help Australia tame an Argentinian pack that more than matched the All Blacks.

"The Pumas really dominated the kicking stats last week, which was surprising. The All Blacks held onto a lot of ball, made errors and got punished," said Rennie.

"So we expect them to kick a lot to us and then try and get a wall in front us. We've got a plan around that."