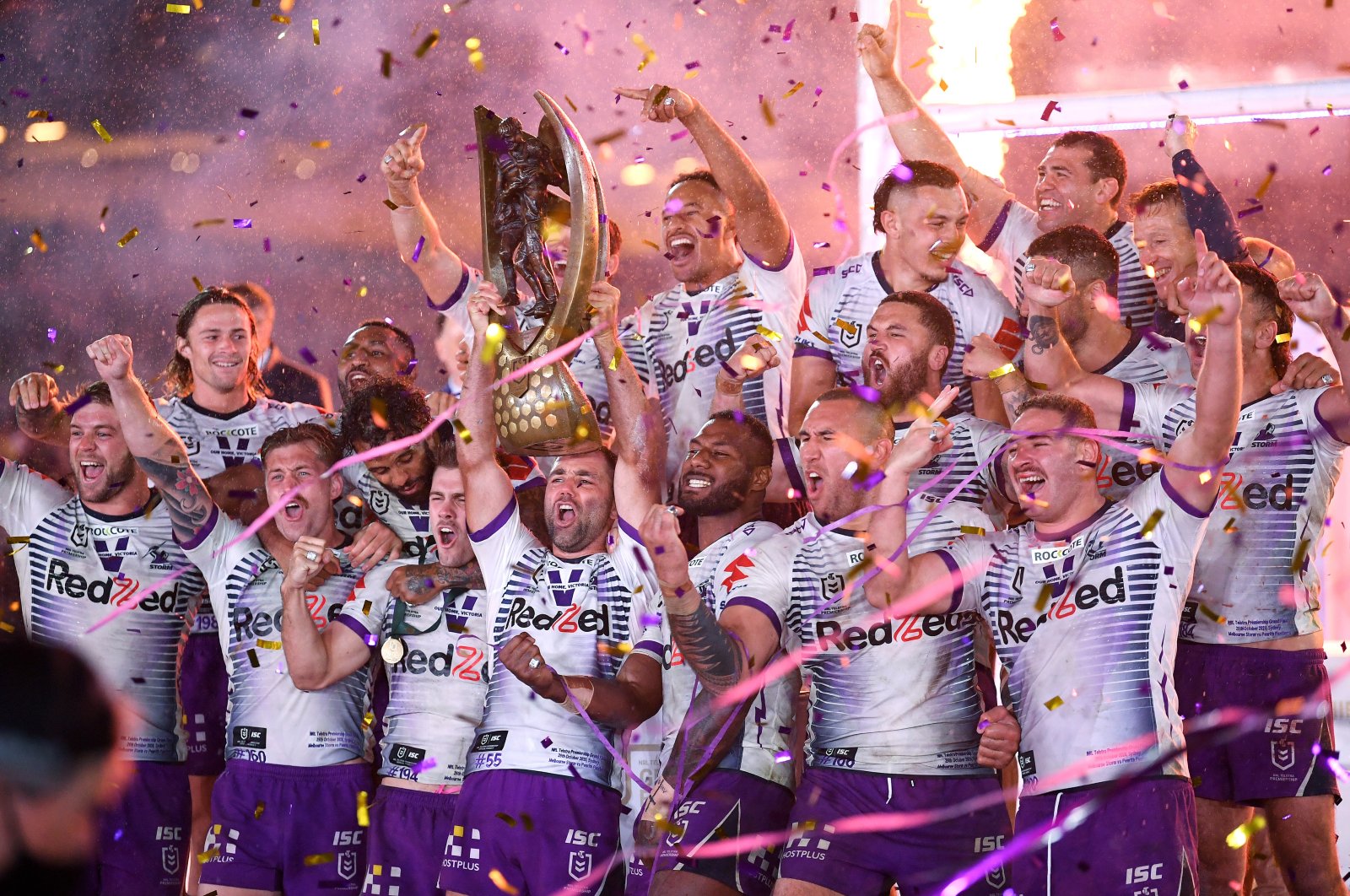 Cameron Smith led the way with 14 points as the Melbourne Storm held off a late fightback from the Penrith Panthers to cap a season played mostly in exile with a 26-20 victory in the National Rugby League "Grand Final" on Sunday. The Storm dominated all but the last 10 minutes of a season finale, played in front of a rain-drenched crowd of 40,000, that had looked highly unlikely when the league ground to a halt after two rounds in March because of the coronavirus crisis.

The Panthers reached the championship decider on the back of a 17-match winning streak, but they were unable to break free of a stifling Melbourne defense until it was too late to make a difference.

Late tries from Stephen Crichton and Josh Mansour reduced the deficit to 10 points and gave the Panthers a glimmer of hope, but the Storm held on despite being reduced to 11 men, and Nathan Cleary's last-minute effort was too little, too late.

A second spike in COVID-19 cases in Melbourne had forced the Storm to play most of the season in Queensland, and captain Smith said that made this triumph all the more special.

The Storm was playing their 10th final in 23 seasons, and the record books will register a fourth NRL premiership after the club had 2007 and 2009 titles taken away for salary cap breaches. Smith, playing his record-extending 430th and possibly final NRL match, controlled the first 70 minutes of the contest like a general from dummy half and scored one try, three conversions and two penalties. The Storm opened the scoring in the fourth minute through a penalty try when Tyrone May was adjudged to have kicked the ball out of the hands of Justin Olam at the try line. Mansour thought he had responded for Penrith four minutes later, but his try was called back for obstruction and it was not until the 54th minute that his fellow winger Brian To'o finally got the Panthers on the board. Fijian flyer Suliasi Vunivalu ran in an intercept, and Smith also crossed in the first half to give Melbourne a 22-0 halftime lead before fullback Ryan Papenhuyzen drove home the advantage with a brilliant individual effort six minutes after the break.