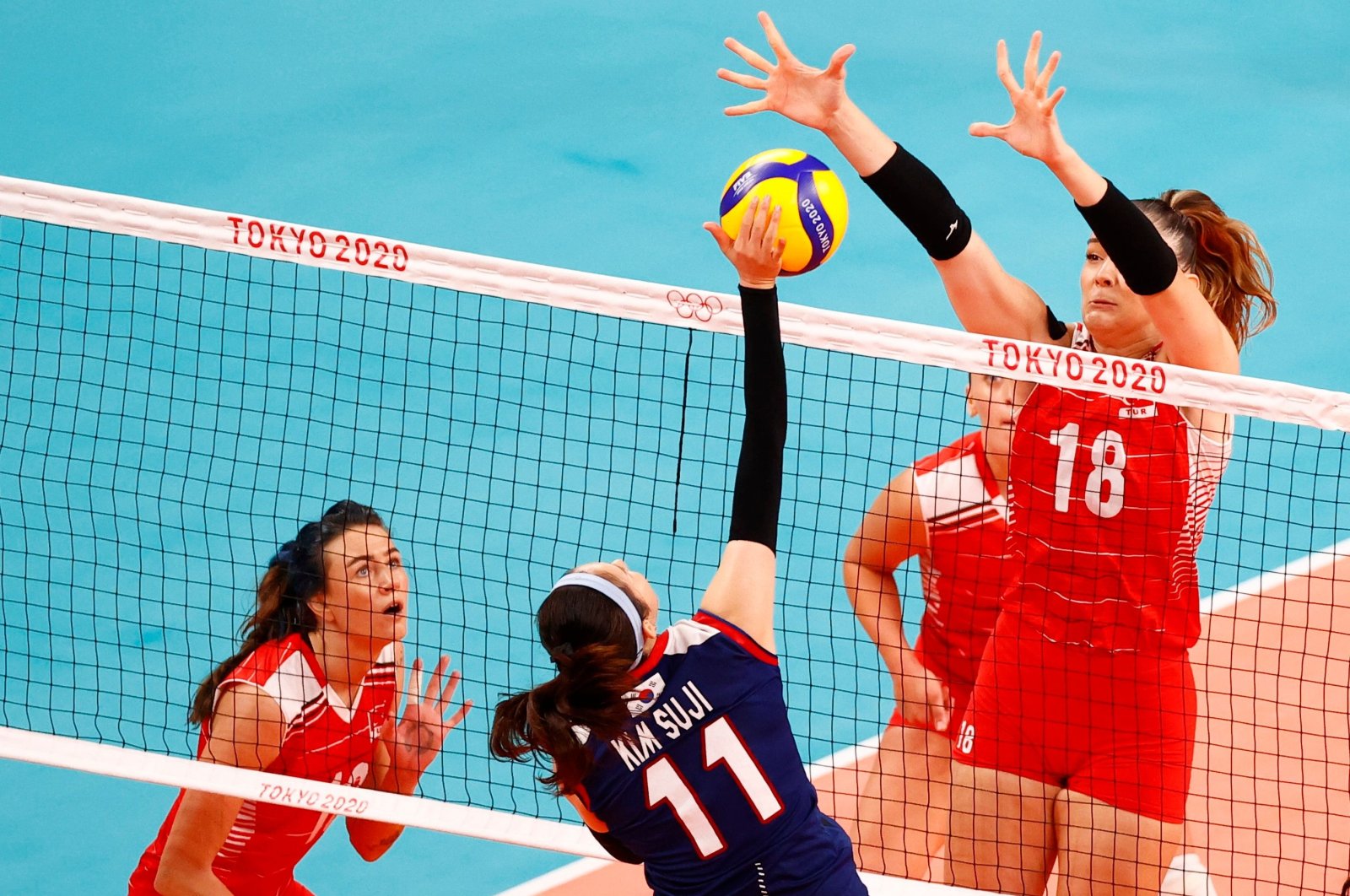 Turkey's national women's volleyball team lost to South Korea in the quarterfinals of the Tokyo 2020 Olympics on Wednesday.

The Koreans will face the winner of the Brazil-Russian Olympic Committee (ROC) game in the semifinals.

The Sultans of the Net made it to their first-ever Olympics quarterfinals after coming third in Pool B, with three wins and two losses.

The No. 4 team in world ranking was drawn with world No. 14 South Korea, who finished Pool A in the third position and with three wins and two defeats.

Turkey had won 3-1 the last time these two teams met at the FIVB Volleyball Women's Nations League on June 20.

Back in the London 2012 Olympics, Turkey had beaten South Korea 3-2 in the group stages.