Sailing: Past and future converge in America's Cup challenger series 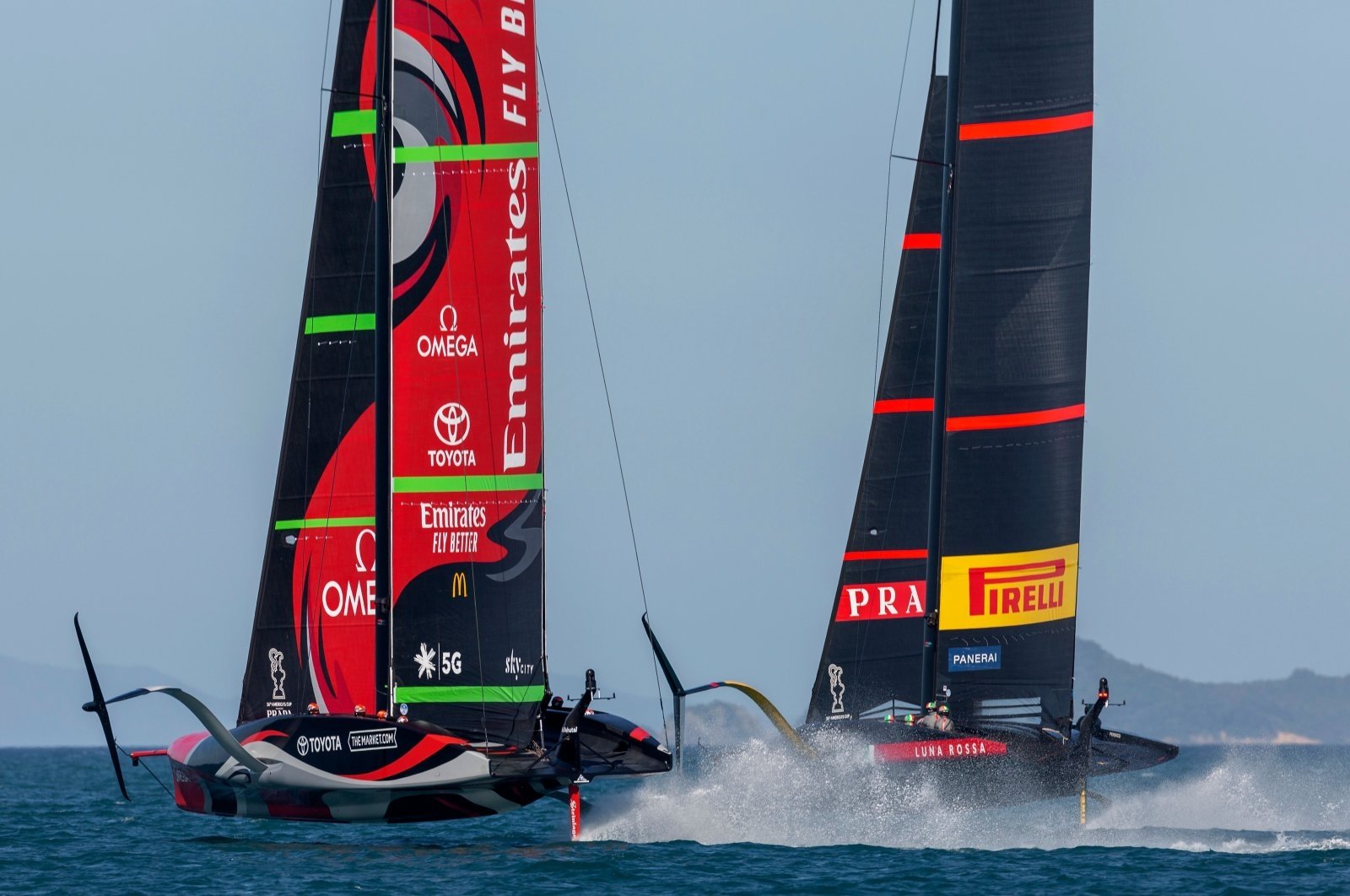 The futuristic present and storied past of the America’s Cup will converge from Friday at Auckland, New Zealand when racing begins to find the latest winner of the famous sailing trophy first contested in 1851.

The three teams which will compete in the Prada Cup, hoping to win the right to challenge holder Team New Zealand in the 36th Cup match, include representatives from Britain and the New York Yacht Club which met in the first Cup race 170 years ago. Ineos Team UK and American Magic are joined by the Italian challenger Luna Rossa, whose founder Patrizio Bertelli, chief executive of the Prada fashion line, has shaped the modern history of the Cup since his first involvement in Auckland 21 years ago. Racing will take place in high-tech 75-foot sailboats which rise out of the water on narrow foils and, in a fair breeze, can attain speeds of more than 80 kph (50 mph). Unofficial reports say at least one team may have broken the 100 kph mark in training.

These boats – Patriot from the United States, Britannia from Britain, Luna Rossa from Italy and Te Rehutai from New Zealand - are the latest descendants of the New York Yacht Club schooner America which won the 100 Guineas Cup, renamed America’s Cup, from the British defender off Cowes in the Isle of Wight in 1851. Some say they bear more relation to aircraft than to the sailboats – to the schooners, majestic J-class, the clunky 12 meters, the AC76s – which previously have been the Cup racers of choice. They represent a massive technological leap, even from the foiling catamarans in which the most recent editions of the Cup were contested at Bermuda and San Francisco.

The America’s Cup is a match-racing event and the principles of match racing still apply to some degree: spotting the dark patches of wind on the water is still fundamental. But races are now short and speeds unprecedented. For most of its history, the America’s Cup has been contested according to the Deed of Gift, drafted in October 1887 by George L. Schuyler of New York, who was the last surviving owner of the Cup won by America. The deed laid out the rules for participation and the specifications of the yachts that should take part in any future contests for the America’s Cup. Since then holders mostly have adhered to Schuyler’s prescription that "competing yachts or vessels, if of one mast, shall be not less than 44 feet nor more than 90 feet on the load water-line."

America was built of white oak, locust cedar and chestnut and grew out of the design of New York’s swift and hardy pilot boats. Its modern heirs are built from composites used more often in aerospace industries. The owners who have pursued the America’s Cup – often for a lifetime and fruitlessly – are legend. From America’s John Cox Stephens there have been J.P. Morgan, William and Cornelius Vanderbilt and the British tea magnate Thomas Lipton, who tried five times and never won. More recently there are the skippers Dennis Conner, Ted Turner, John Bertrand and Russell Coutts.

This time the skippers or helmsmen are James Spithill and Max Sirena for Italy, Dean Barker and Terry Hutchinson from the United States, Ben Ainslee of Britain and Peter Burling of New Zealand – the last two Olympic gold medalists in sailing. The teams met for the first time in the America’s Cup World Series on Auckland’s Hauraki Gulf prior to Christmas when racing took place mostly in light winds. It was the first time the AC75 class yachts had been seen in actual competition. In that series Luna Rossa seemed to have the best all-round boat among the challengers, adept in light winds; American Magic looked solid overall and fast in higher wind ranges while Ineos Team U.K. was uncompetitive, unable to foil in light winds. Each team has worked since to correct or improve performance and the British team reportedly is now at least in the race.

American Magic’s Barker explained the mindset of teams. "It’s very much a development class," he said. "Someone is going to be fast and you hope that’s going to be yourselves. We know we have to keep getting faster because it’s just the nature of this type of development sailing where what’s good enough today won’t be good enough tomorrow."

From Jan. 15 to Jan. 24 teams will race each other four times, taking a point from each win. The highest-ranked team will progress directly to the Prada Cup final while the second and third-ranked teams will meet in a first-to-four win semifinal from Jan 29. to Feb. 2. The winner of that repechage will meet the top-ranked team in the first-to-seven win final from Feb. 13 to Feb. 22 with the winner going on to challenge Team New Zealand in the first-to-seven win Cup match from March 6 to 15.