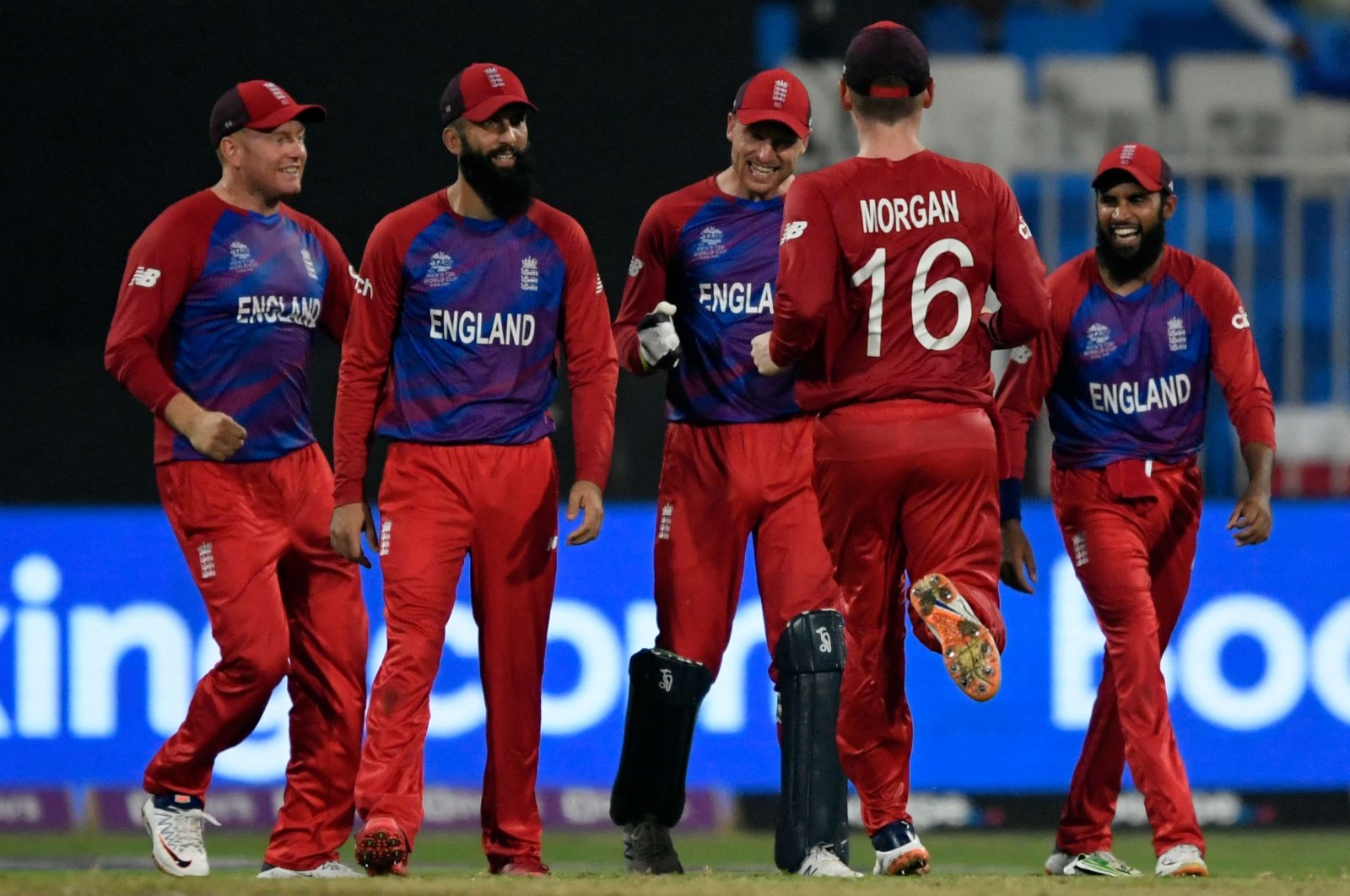 The clash comes two years after these two sides met in the 50-over World Cup final, in what is often dubbed as one of the greatest and most dramatic matches in the history of the sport

Favorite England has been hit by multiple injuries as it prepares to face New Zealand in the Twenty20 cricket World Cup semifinal in Abu Dhabi on Wednesday.

The clash could be seen as a rematch for the dramatic 50-over World Cup final between these two sides back in 2019.

England, however, has lost opening batsman Jason Roy and pace bowler Tymal Mills but it sealed a final-four place with four wins in five Super 12 games.

Roy collapsed on the pitch with a calf injury in England's final group match that it lost to South Africa and was later ruled out of the tournament and replaced by James Vince.

England's aggressive brand of cricket got it past West Indies, Bangladesh, Australia and Sri Lanka with clinical ease to finish as group leader ahead of the Aussies.

But the Kiwis are no pushovers and who better than England to appreciate the Black Caps' worth after they needed a super over to edge out Kane Williamson's side when the 2019 ODI World Cup final finished in a tie.

"If England and New Zealand provide a fraction of the drama they did on a glorious afternoon at Lord's in July 2019, then the T20 World Cup might get the spark it desperately craves this week," former England captain Mike Atherton wrote in The Times.

New Zealand matched England's 241 courtesy of Ben Stokes' unbeaten 84 at the end of 50 overs and then its 15 in the super over before England was declared the winner on boundary count.

England has reached the final four of the T20 World Cup without star performers Stokes and Jofra Archer, and Roy's departure adds to its woes ahead of Wednesday's game.

Jos Buttler hit the tournament's only century in his unbeaten 101 against Sri Lanka and remains second-best run-getter behind Pakistan captain Babar Azam (264) with 240 runs.

Chris Woakes leads the pace bowling charge ably supplemented by Chris Jordan while spinners Adil Rashid and Moeen Ali have proved their value with eight and seven wickets each, respectively.

New Zealand has been the perennial underdog in top events but a runner-up finish in the ODI World Cup and becoming world Test champion after beating India in the final has proved its consistency across formats.

Pace bowlers Trent Boult and Tim Southee have shared 18 wickets between them to trouble opposition teams with their early strikes.

After losing its opener against Pakistan, Williamson's New Zealand has worked like a well-oiled machine and hammered India in its second game to get the momentum in its favor.

It then brushed aside Scotland, Namibia and Afghanistan to march into the semifinals but Boult acknowledges his opponents as a well-balanced side.

"There has been a good history between the two sides in white-ball cricket. I am sure there are people watching this one with a lot of interest."

Boult has a strike rate of 10.7 in this tournament and believes early wickets against an in-form England top-order will be key to success.

"We know the magic recipe that early wickets does put pressure on the oppositions," he said.

"Days it doesn't happen, days it does, but if we could go out there and disturb a very powerful England top-order then I think we will be successful. But it's definitely not going to be easy."