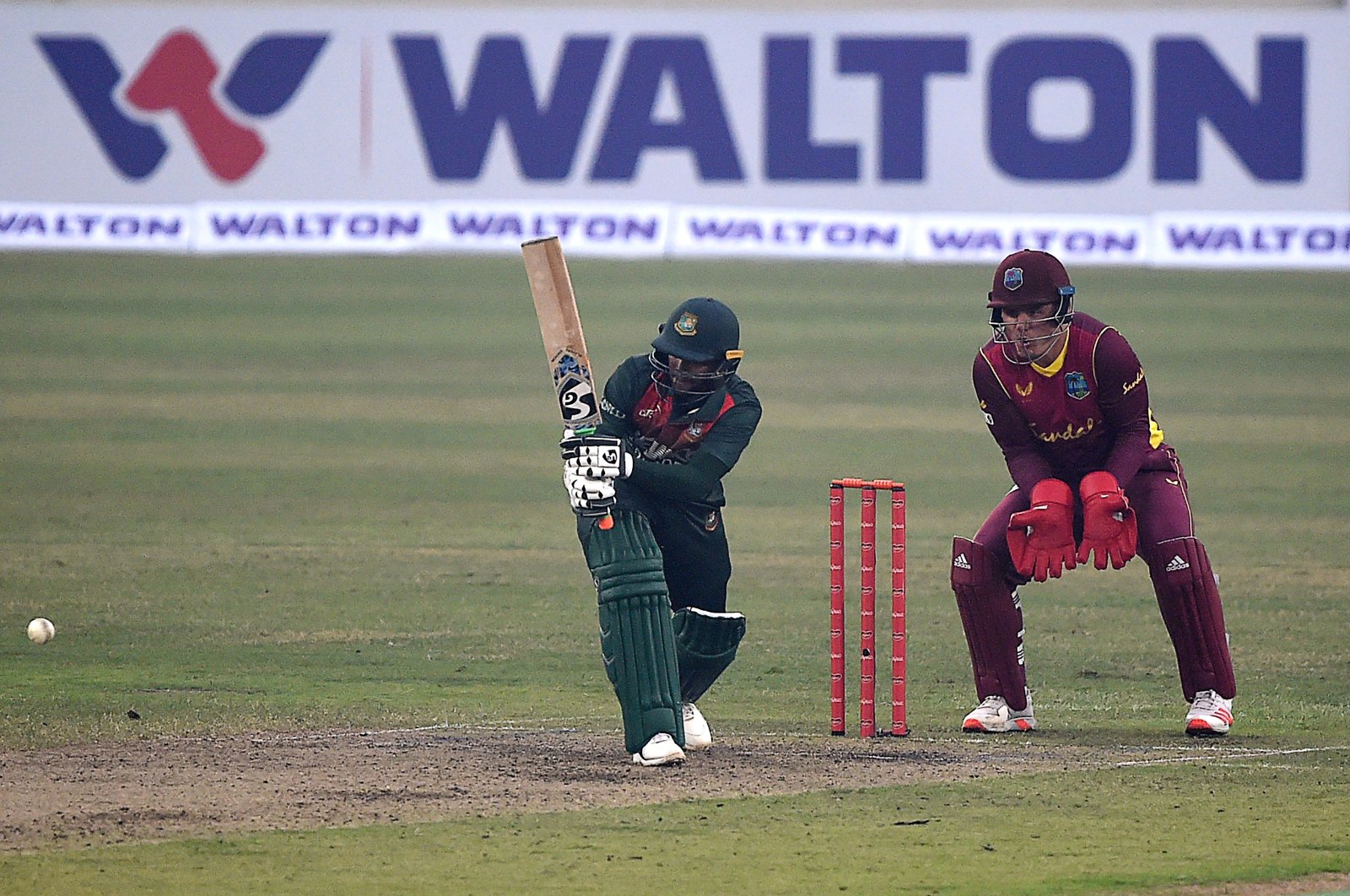 Shakib Al Hasan claimed four wickets for eight runs in his international comeback to set up an easy six-wicket victory for Bangladesh over West Indies in the first one-day international in Dhaka on Wednesday.

Debutant pacer Hasan Mahmud also impressed with the ball, picking up 3-28 as the hosts bowled out the weakened tourists for 122 before racing to 125-4 in 33.5 overs.

Skipper Tamim Iqbal top-scored with 44 off 69 while all-rounder Shakib played his part with the bat, hitting 19.

Left-arm spinner Akeal Hosein took 3-26 to give the home batsmen some trouble but his effort was not enough to defend the visitors' meager total.

Mushfiqur Rahim and Mahmudullah Riyad were unbeaten on 19 and nine runs respectively to complete the win, helping Bangladesh take a 1-0 lead in the three-match series.

"No complaints, we bowled extremely well. Not just the spinners, but the pacers as well," said Tamim at the prize-giving ceremony.

West Indies captain Jason Mohammed said he was disappointed with his side's performance.

"It wasn't easy to start on, but we didn't have enough guys getting partnerships and those who got starts didn't carry on," he said.

Mustafizur Rahman, who claimed 2-20, seized the early momentum for Bangladesh, trapping Sunil Ambris in front for seven in the second over.

He removed Joshua Da Silva for nine after a rain break that halted play for nearly an hour.

He bowled Andre McCarthy for 12 before West Indies' stand-in captain Jason Mohammed was stumped off his bowling for 17.

Nkrumah Bonner went for a duck leg before wicket in Shakib's next over to leave the West Indies struggling at 56-5.

Kyle Mayers hit 40 off 56 balls and added 59 runs with Rovman Powell (28) for the seventh wicket to bring some respectability to the visitors' score.

The second match of the series will be held at the same venue on Friday.