Shiffrin 'grateful' for returning to skiing after nearly a year 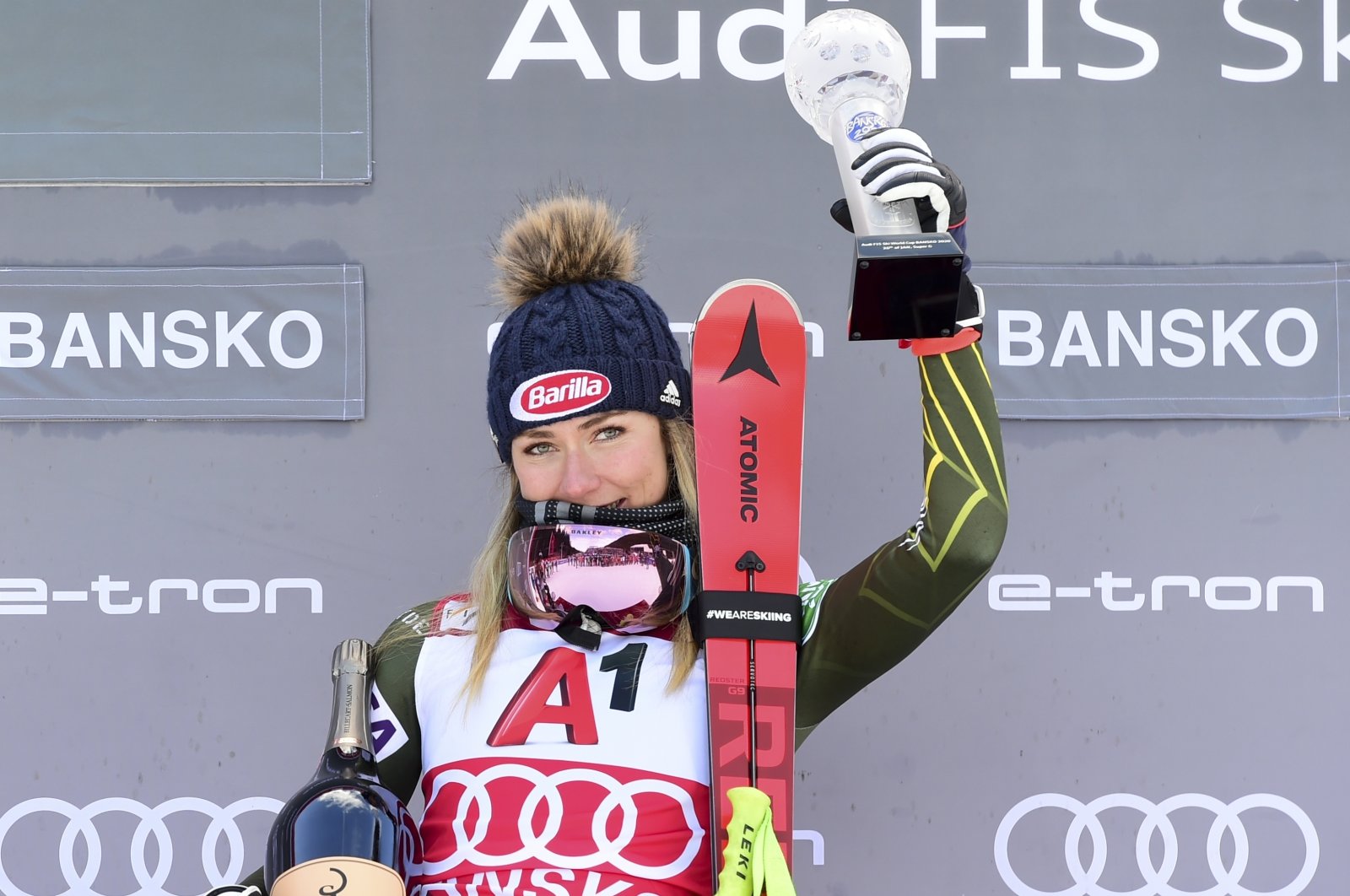 Alpine skiing's biggest star is making an emotional return to action over the weekend, with Mikaela Shiffrin competing in two slaloms in Finland some 10 months after the death of her father.

The two-time Olympic, three-time World Cup and five-time world champion has not raced since claiming a 66th career victory in a super-G in Bansko, Bulgaria on Jan. 26.

Shiffrin, 25, originally wanted to return in March but the coronavirus pandemic wiped out the final races of the season.

She missed last month's season-opener in Solden, Austria, owing to back problems, but now returns for two slaloms in Levi, Finland.

Shiffrin has claimed four of her record 43 slalom wins there but she doesn't know what exactly to expect after the break of 300 days which is the longest of her decadelong career.

"I am so grateful to be here," she said in a video news conference on Thursday, adding she felt no anger that her planned comeback in March she wanted for "therapeutic" reasons didn't take place.

"I am incredibly angry because my dad died. (But) I have never been motivated out of anger. It is not about settling scores. I don't have the right to complain. I am really excited to race.

Winning is, however, on her mind as she has already found a name for the reindeer the winner in Levi traditionally gets: Copper.

After all, Shiffrin is always among the favorites when she enters a race, and the long break will not change this.

Shiffrin was well on course toward multiple silverware when her father, Jeff Shiffrin, passed away at home in Colorado a week after her Bansko win.

Although she missed the nine races before the pandemic wiped out the final two weeks of the season, she still finished second in the overall and slalom World Cups, and third in the giant slalom.

The times are very different now amid the pandemic, its strict hygiene rules and uncertainty around the calendar but Shiffrin is still believed to be capable of bettering Ingemar Stenmark's record 86 World Cup wins in the sport.

The quarantine for the Swedish team and subsequent absence of the Levi races after a positive test for the coronavirus, however, just shows how unpredictable the season will be.

Shiffrin knows she faces big competition overall from Italian holder Federica Brignone and in her specialty discipline from Slovakia's Petra Vlhova who won the last two slaloms Shiffrin competed in and took that World Cup title.

"I want to ski well, it just feels good to ski well, even if I don't win. That includes skiing fast," Shiffrin said.