Small town in eastern Turkey aspires to be athletics hub 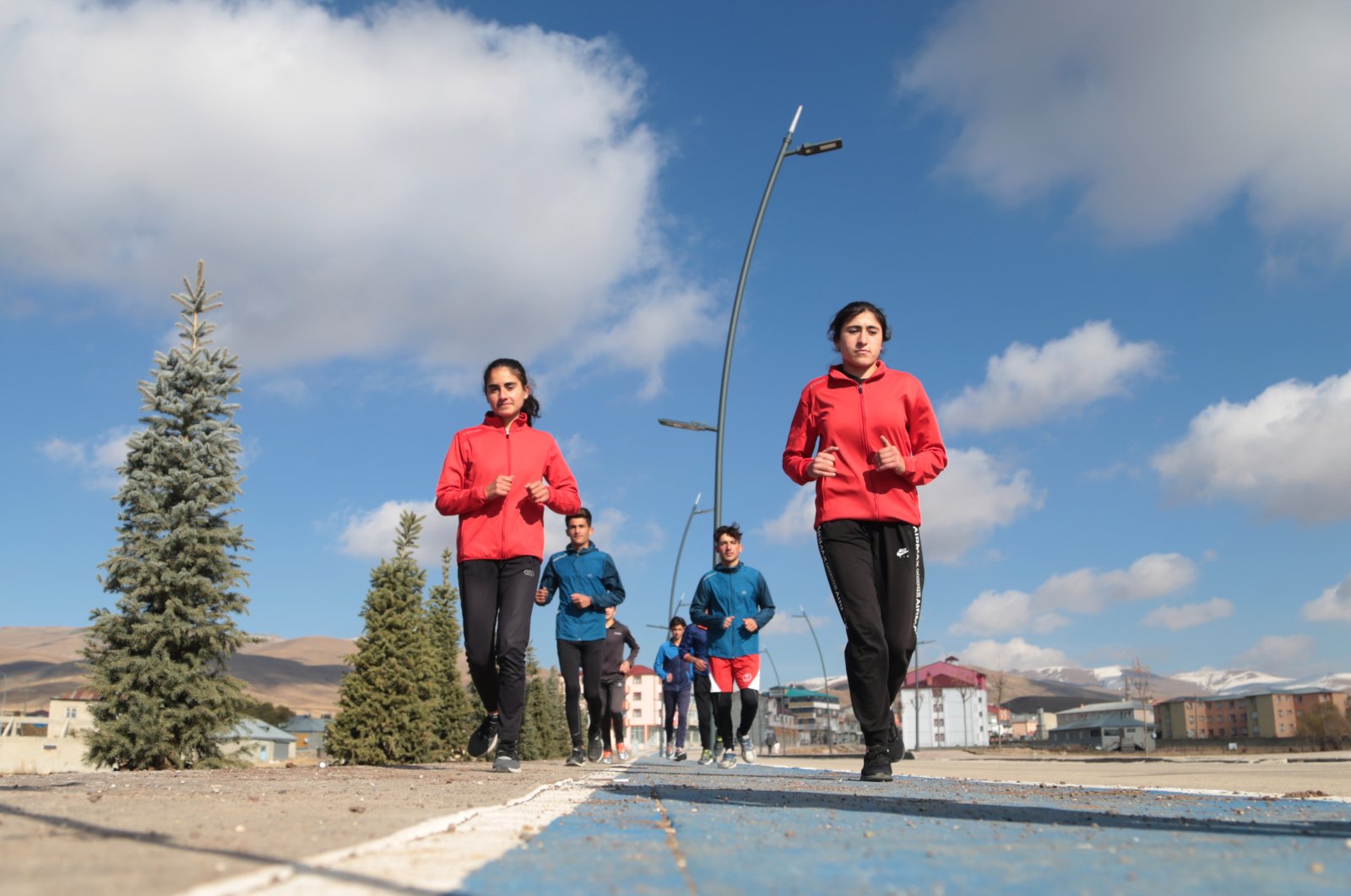 One meaning of Karayazı is “dark fate,” but destiny smiles upon the youth of this small town in the eastern province of Erzurum. Local authorities’ support, combined with ambition, has made Karayazı a hub for athletics. The community is seeing more and more children join athletic training courses, and the town now boasts 600 athletes with licenses to compete in tournaments. The number was a mere 30 just last year.

Erzurum, one of Turkey's coldest places, is known for its ski resorts, but Karayazı aims to make a unique name for itself. District Governor Abdulgani Mağ, who was also appointed acting mayor last year, is credited with the town’s transformation. Mağ spearheaded efforts to find young sports talent in the town and dispatched scouts for trials of students at schools in the area. Soon, Karayazı managed to bring out skilled athletes capable of competing in national tournaments.

In November 2019, Karayazı's junior men’s team won the top title at the Club Championship of Cross Country Running held in northwestern Turkey’s Sakarya, while the junior girls’ team secured the second spot in their category. The town's high elevation and cold weather might appear disadvantages for up-and-coming athletes, but they do not seem daunted.

“They call Karayazı the Kenya of Turkey,” trainer Cahit Demir says, referring to the African country that is home to the world’s most successful running athletes. “We train in the snow, we train in the mountains. Challenges are plenty, but our athletes succeed. I have one student who won the Balkan championship. The governor’s support motivated us and boosted our enthusiasm. He decided to build a new sports hall for athletes when he saw how successful they are. Now, we aim higher, to participate in the Olympics one day,” he told Anadolu Agency (AA).

Mağ told AA that the municipality sports club was founded to bring more youth into athletics and that they had 25 players. “Last year, we had three players competing on the national team, and five among our athletes were transferred to big clubs like Fenerbahçe and Anka Spor,” he says.

Rojin Canpolat, one of the athletes, took up sports after her family encouraged her. Canpolat has multiple provincial and regional titles under her belt in cross country running and says she dreams of winning a European championship.

Berat Akın, who took up cross country running two years ago, says they work hard to represent Turkey. “I hope to be an Olympian one day, to give a gift to Karayazı,” he says.