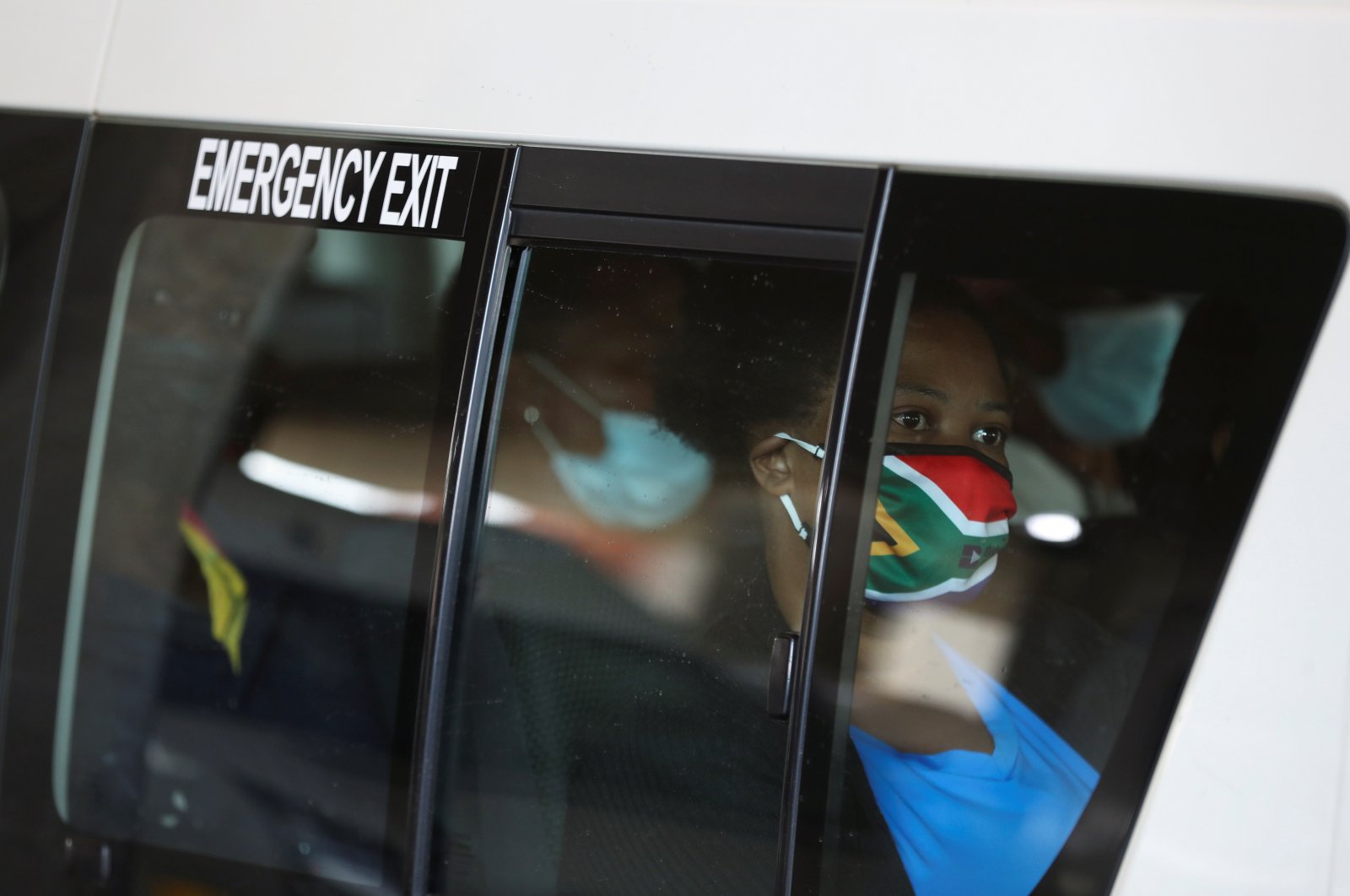 A taxi passenger wears a face mask with the colors of the South African flag after the announcement of a British ban on flights from South Africa because of a new coronavirus variant, Soweto, South Africa, Nov. 26, 2021. (Reuters Photo)
by REUTERS Nov 26, 2021 11:43 am
RECOMMENDED

Sport in South Africa faced a shutdown Friday after a new, potentially more dangerous coronavirus variant was detected in the country Thursday.

Rugby teams were scrambling to leave before travel restrictions are imposed and the first event of golf’s new-look DP World Tour was under threat.

Four rugby teams were due to play South African opposition in the United Rugby Championship (URC) but Welsh clubs Cardiff and Scarlets said they were looking to leave as Britain prepares to impose travel restrictions from 12 a.m. GMT on Friday.

"With the situation in South Africa having changed so quickly, we are now looking to repatriate our staff ASAP," Cardiff said on Twitter.

"For concerned families and friends, please rest assured that our focus is to ensure the safety and welfare of our people and will keep you updated with any developments.”

Scarlets said they too were trying to leave as quickly as possible.

Officials told Reuters on Friday that URC games would be called off, with an announcement expected later.

Cardiff was due to play the Lions in Johannesburg on Sunday while the Scarlets are in Durban to face the Sharks on Saturday.

There was no word on the plans of Irish club Munster, due to meet the Bulls in Pretoria on Saturday, or Italy’s Zebre, in Cape Town to take on the Stormers.

They are the first clubs to arrive in South Africa since the onset of the pandemic and the postponement of fixtures will come as a major blow to the newly launched tournament involving sides from South Africa, Ireland, Itay, Scotland and Wales.

The first round of golf’s Joburg Open resumed at 6 a.m. (4 a.m. GMT) on Friday after a thunderstorm brought an early end to play on Thursday.

The second round teed off at 7 a.m. but by then 15 British and Irish golfers had already withdrawn.

The event is the first on the schedule of the DP World Tour, formerly the European Tour.

On Friday, South Africa is to host the Netherlands in the first of a three-match One Day International (ODI) cricket series.

"At this stage of our planning and preparedness, we have not learnt of any developments that relate to the impact of the new variant on the inbound internationals," Cricket South Africa told Reuters Friday.

"Should there be changes to this, CSA will issue a statement and advice on any planned adjustments."

South Africa is also set to host India next month, with that tour expected to be a major boon to Cricket South Africa's coffers. India is due to play three tests over December and January followed by a limited-overs series.