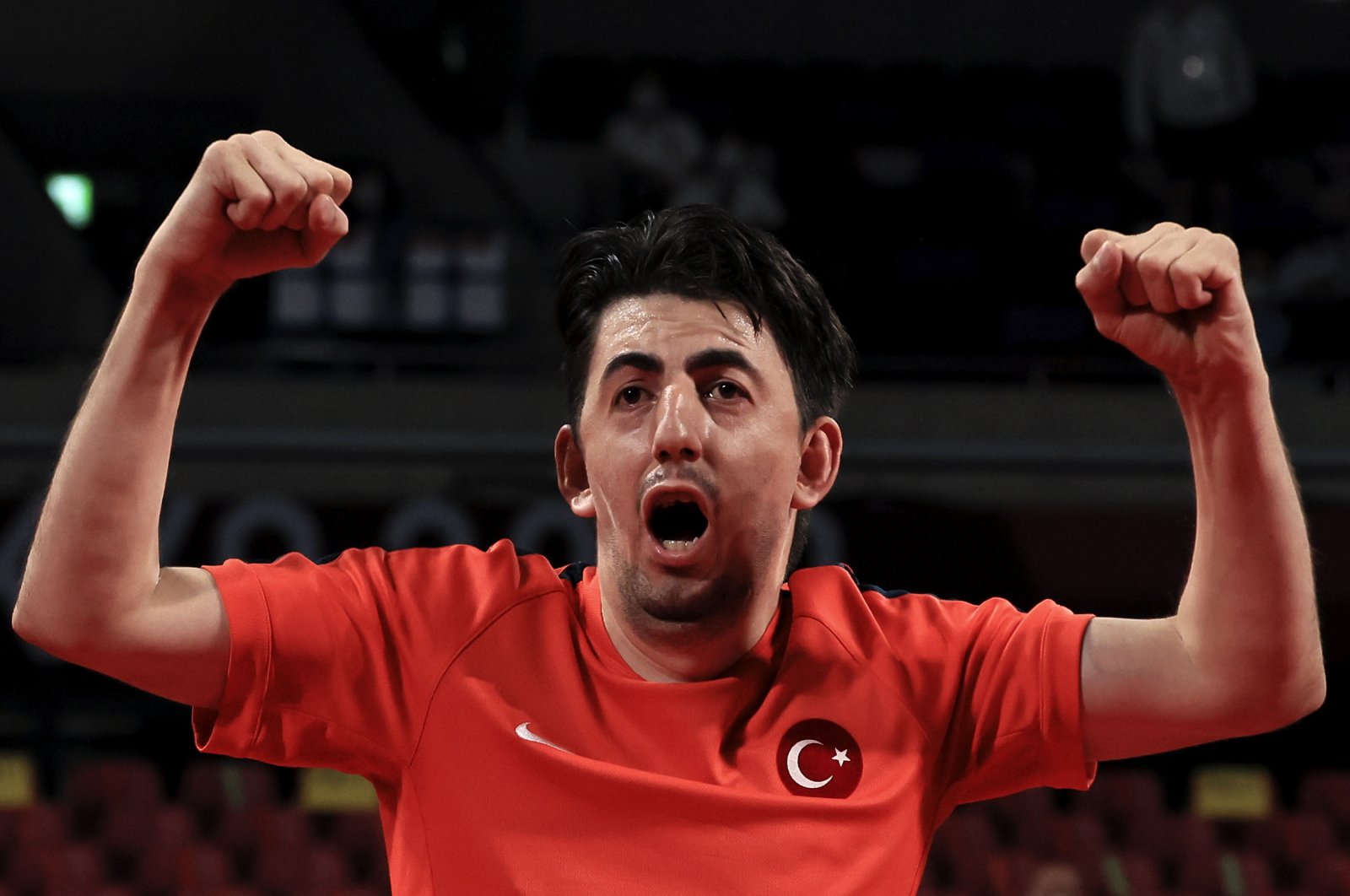 Öztürk successfully defended his Rio 2016 title to go down in Turkey’s Paralympics history. He also has a doubles (Class 4-5) bronze to his name.

At the final in the Tokyo Metropolitan Sports Center, Öztürk defeated the London 2012 gold medalist and Class 4 world champion, Kim.
Öztürk fell behind 9-5 in the first set but fought back to make it 9-9. However, Kim won the set 11-9, to go 1-0 up.

The Turkish athlete performed superbly in the second set, defeating his South Korean counterpart 11-6 to make it 1-1.

The third set was equally contested as the players made it 5-5, but Öztürk scored in succession to eventually win the set 11-7.

Öztürk made a great start to the fourth set, opening up a 6-3 lead.

In his reaction after the match, Öztürk thanked everyone for the support and remembered the martyrs on the occasion of Turkey’s 99th Independence Day on Aug. 30.