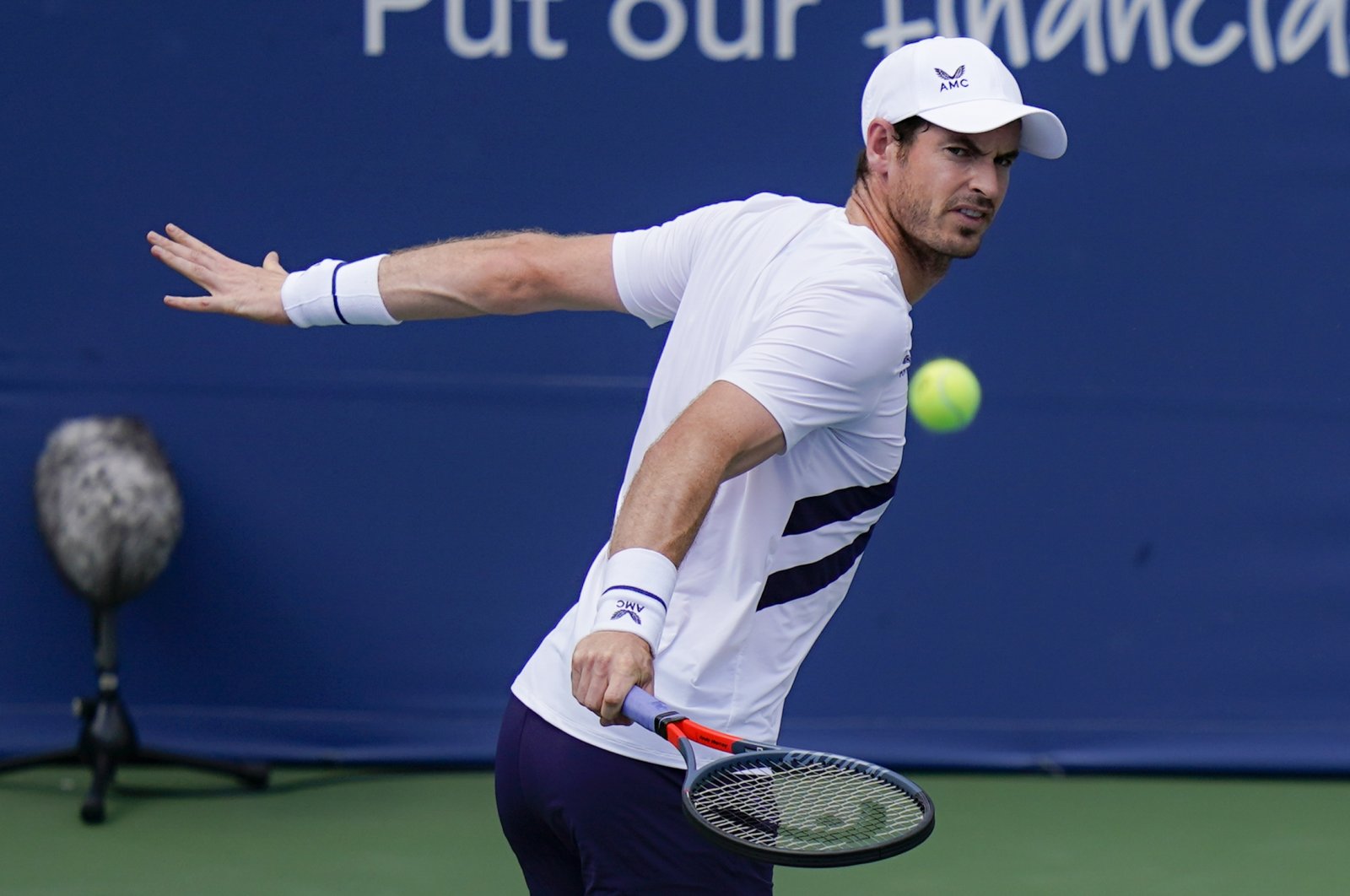 Playing his first match in nine months following two hip operations, Andy Murray resumed his climb back to ATP's top ranking with a 2-1 victory over Frances Tiafoe at the Western & Southern Open

Britain's Andy Murray made a triumphant Association of Tennis Professionals (ATP) comeback Saturday, defeating Frances Tiafoe 7-6 (8/6), 3-6, 6-1 in his first match of 2020 at the Western & Southern Open.

The 33-year-old Scotsman advanced in hot and humid conditions to a second-round date with German fifth seed Alexander Zverev at the COVID-19 quarantine bubble that will also be used for the U.S. Open, which starts on Aug. 31.

Former world No. 1 Murray, now ranked 129th, suffered a pelvic injury at the Davis Cup last November, and that, combined with the pandemic shutdown, kept him out of competition until he faced 22-year-old Tiafoe in a meeting of wildcard entrants.

"My tennis could have been better. I did some things well at the end, but I could definitely improve in terms of my game."

Murray broke Tiafoe for a 2-0 lead in the third set when the American missed a volley, broke again to 5-1 with a backhand return winner and held at love to finish matters after two hours and 28 minutes.

Murray was the 2008 and 2011 winner in this Grand Slam tuneup event, usually staged in Cincinnati but moved to New York due to the COVID-19 pandemic that wiped out much of the season, including Wimbledon.

He rallied from 2-5 down in the first set tiebreaker to gain the upper hand. But Tiafoe gained the first break of the match for a 5-3 lead in the second and held to force a third set.

The match was played on the National Tennis Center Grandstand court, the event's feature court with no matches until the U.S. Open scheduled at Arthur Ashe Stadium or Louis Armstrong Stadium.

With no spectators in attendance, Murray said he missed the boost that fans can provide, and he had to make a conscious effort to early in the third set to energize himself with fist pumps and the like.

Canadian Felix Auger-Aliassime appeared to be at a loss as his 6-4, 6-1 victory over Nikoloz Basilashvili concluded, with no crowd to cheer or groan when Basilashvili buried a forehand in the net on match point.

"I actually threw a ball at my coach," said Auger-Aliassime, who usually tosses a ball to a fan after a win.

Auger-Aliassime had the distinction of being the first winner on the ATP tour as it resumed after a five-month coronavirus shutdown.

Facing the elder Williams sister for the first time, Yastremska let a 4-2 first-set lead get away after twisting her ankle, but after having it taped she rallied to win the next two.

She gained the first service break in the third set for a 5-4 lead but was broken as she served for the match.

She responded by breaking Williams to love then saved three break points to close out the victory over the American star who turned 40 in June.

"It wasn't matter for me I'm going to win or I'm going to lose, but I have to give it everything I have, even with the pain."