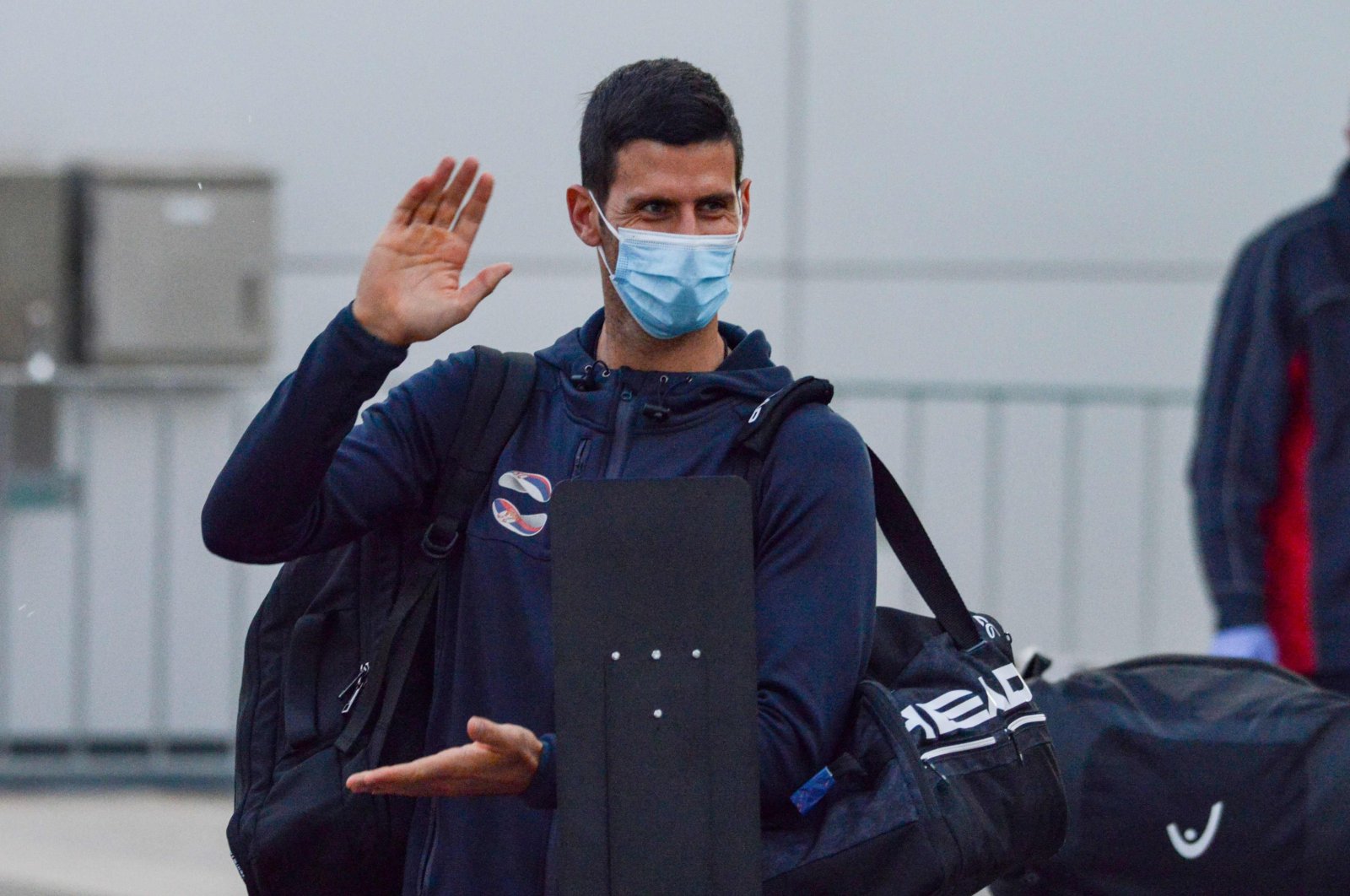 More players were forced into hard quarantine ahead of the Australian Open with officials confirming on Monday that four additional participants, including an athlete, tested positive for COVID-19 among those arriving in Melbourne.

Health authorities in Victoria state have now reported nine infections among passengers who arrived on charter flights for the Feb. 8-21 Australian Open and officials said more cases may come to light as testing continues.

"All four are associated with tennis, and they're all tucked away safely in hotel quarantine," Victoria state premier Daniel Andrews told reporters of the new cases.

Passengers on three Australian Open charter flights have been sent into hard quarantine, including more than 70 players who are unable to train for 14 days ahead of the year's first Grand Slam.

Others are allowed five hours outside their hotel rooms each day for preparation, in line with arrangements made by organizers Tennis Australia with health authorities.

Players have come up with unique ways to pass time and stay fit in isolation with some hitting balls against a mattress and running sprints in corridors.

"I think the people who tested positive thus far were probably exposed before they got on the flights," Victoria Chief Health Officer Brett Sutton said.

"But it will be the test results in coming days that will give us a picture of whether anyone's had infection transmitted to them on a flight."

The growing infection count has sparked calls from pundits to cancel the Grand Slam.

"It's time to be selfish, time for Victoria to put ourselves first," 3AW radio broadcaster Neil Mitchell said.

"Call off the Australian Open. It's not worth the risk."

Many Australians have questioned the decision to host the tournament with organizers flying in 1,200 tennis players and their entourages Down Under when thousands of citizens are stranded overseas due to the pandemic.

"We think we've struck the appropriate balance," he said.

"If there was a sense from the public health team that that balance could not be struck, that it was too high a risk, well then we wouldn't have had the event."

Some players have complained about quarantine conditions and said they had not been advised that they would not be allowed to train if there were cases on their flights.

Frenchwoman Alize Cornet, however, apologized after social media users hit out at her for criticizing the strict health protocols.

A Spanish tennis website reported that world No. 1 Novak Djokovic had written to Tiley asking that quarantine restrictions be eased for players, including reducing the mandatory 14 days of isolation and having players moved to "private houses with tennis courts" so they could train.

The report drew a backlash from Australians on social media, with Djokovic and players told to check their "privilege."

Andrews said the biosecurity protocols would not be changed.

"It doesn't mean that everyone likes them, but that's not the world we're in," he said. "This is a wildly infectious pandemic. There are rules that need to be followed."

Tennis Australia did not immediately respond to a request for comment on Djokovic's letter.

About 800 people died in the second wave of the outbreak and about 5 million people were plunged into a hard lockdown that lasted nearly four months.

Australia has reported a total of more than 28,600 coronavirus infections and some 909 deaths since the pandemic began, with border closures and speedy tracking systems helping keep numbers relatively low.