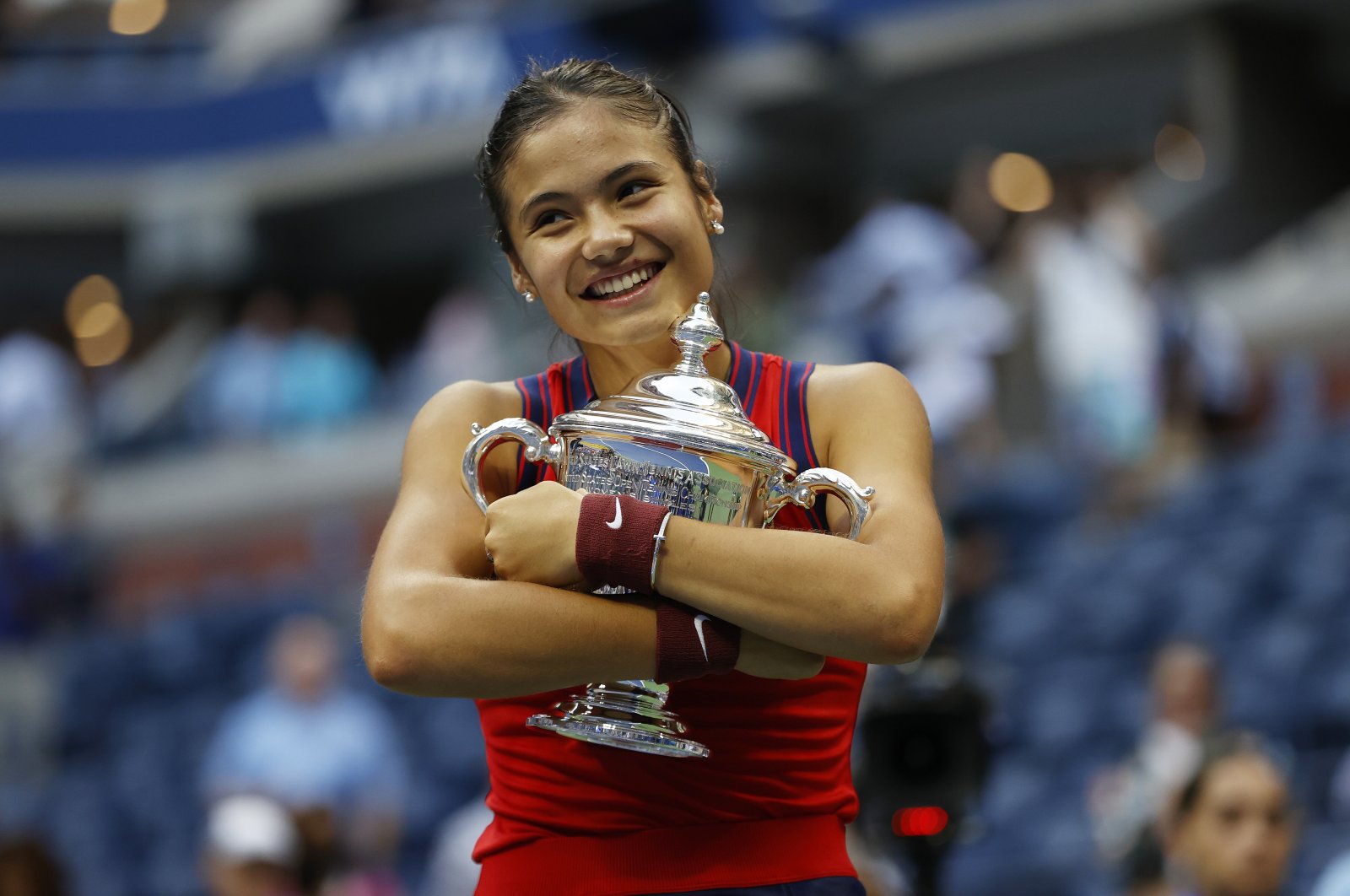 The U.S. Open witnessed history on Saturday as British teenager Emma Raducanu became the first qualifier to capture a Grand Slam by defeating Canada's Leylah Fernandez in the women's final.

"I knew I would have to dig deep," Raducanu said. "It was an incredibly difficult match but I thought the level was really high. I had to play some of my best tennis."

It was a stunning achievement for the unheralded 150th-ranked teen, who didn't drop a set in three qualifying matches and seven main-draw matches over two weeks in producing a stunner for the ages.

Raducanu is the youngest Slam champion since Maria Sharapova at 17 in 2004 at Wimbledon.

Not since Virginia Wade in 1977 at Wimbledon had a British woman taken a Slam singles title, with Raducanu the first Briton to claim the U.S. Open crown since Wade in 1968.

Queen Elizabeth II was among the first to pay tribute to Raducanu's incredible triumph.

"It is a remarkable achievement at such a young age, and is testament to your hard work and dedication," the British monarch said in a statement.

Wade and British men's tennis legend Tim Henman were among a sellout crowd of 23,700 that created an electric atmosphere at Arthur Ashe Stadium in the first-ever women's Slam final between unseeded players.

"It means so much to have Virginia here and also Tim and to have such British legends and icons, to follow in their footsteps and it gave me the belief I could actually do it."

Raducanu has had the fewest Slam starts of any women's Slam winner, reaching the fourth round in July at Wimbledon in her only prior Slam appearance.

"I'm very proud of myself the way I played the last two weeks," Fernandez said.

"I hope to be back here in the finals and having the right trophy," added a tearful Fernandez, who paid tribute to New York as the city marked the 20th anniversary of the 9/11 attacks.

"I know it's especially hard on this day for New York," she said. "I just want to say I hope I can be as strong and resilient as New York has been the past 20 years."

The prodigy showdown was the first all-teen Slam final since Williams beat 18-year-old Martina Hingis for the 1999 U.S. Open title.

"Both of us were playing fearless tennis for two weeks," Raducanu said. "I hope we play each other in many more tournaments and hopefully finals."

After an early exchange of hard-fought breaks, Raducanu broke in the 10th game to take the first set, blasting a forehand winner after 58 minutes.

In the second set, Fernandez broke to 2-1 but Raducanu blasted a backhand cross-court service return winner to equalize 2-2 and later whipped a forehand passing winner by the Canadian to break for 4-2.

Fernandez saved two match points in the eighth game and held to 5-3, then earned a break chance at 30-40 in the ninth.

But on the point, Raducanu skidded on her left knee and opened a bleeding cut. The match was halted while a trainer bandaged the wound as Fernandez spoke with the referee.

"I didn't know how serious her fall was, so that's why I went to see the official," Fernandez said. "It was just too bad it happened in that specific moment with me, with the momentum. But it's sports, it's tennis. Just got to move on."

When play resumed, Fernandez sent a forehand long to squander the break chance and Raducanu won after an hour and 51 minutes on her third ace, leaving Fernandez in tears.

"I was going for that serve the whole match. I can't believe I finally hit it," Raducanu said. "I was just praying not to double fault."