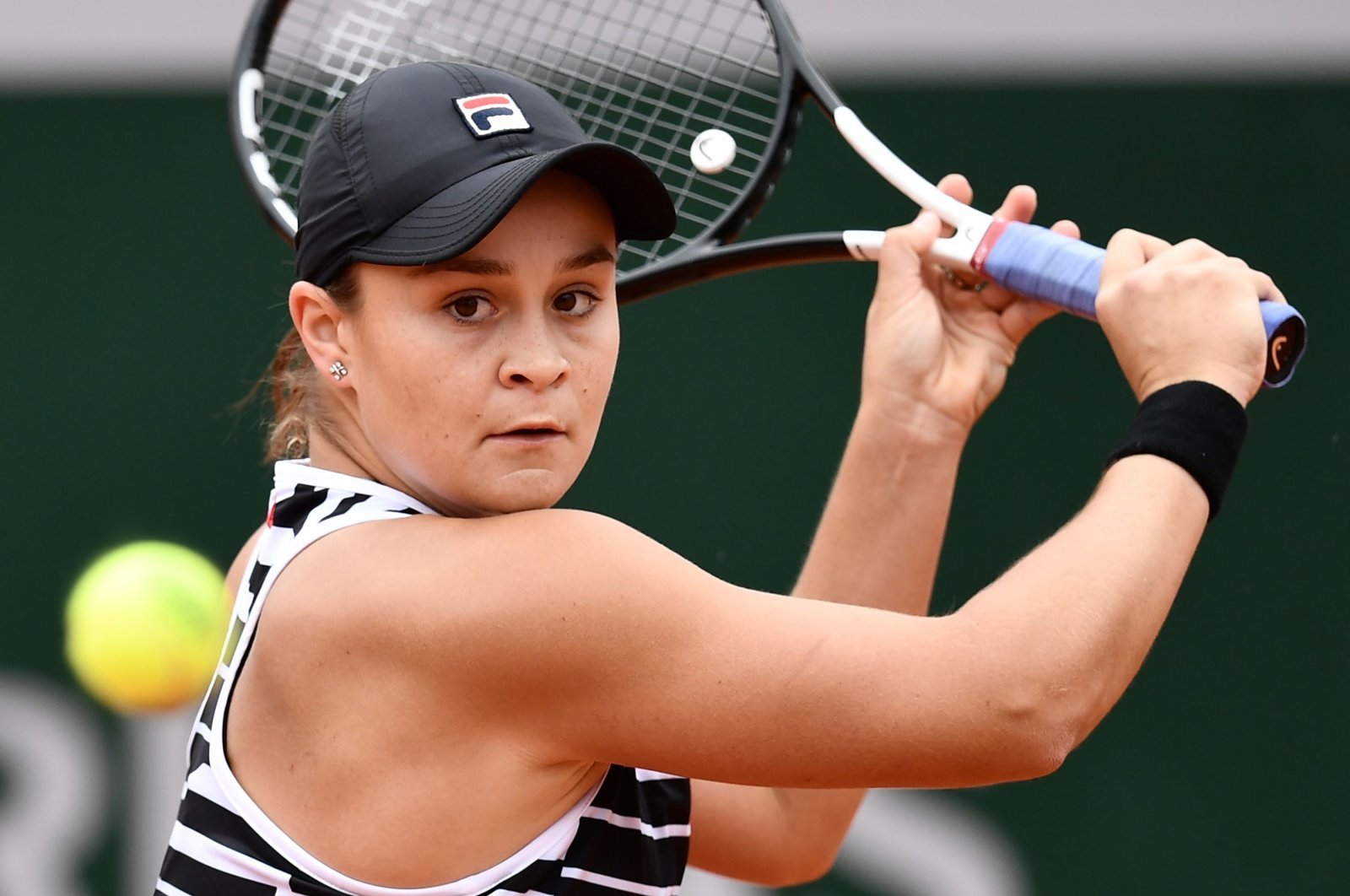 World No. 1 and reigning champion Ash Barty announced her withdrawal from the French Open tournament later this month because of health concerns and a lack of preparation

World No. 1 Ashleigh Barty announced Tuesday she will not defend her French Open crown, citing the coronavirus fears that also prompted her and several other top players to withdraw from the U.S. Open.

The Australian, who claimed her maiden Grand Slam at Roland Garros in 2019, said it was a "difficult" decision but the health of her family and team came first.

"Last year's French Open was the most special tournament of my career so this is not a decision I have made lightly," she said on social media.

"There are two reasons for my decision – the first is the health risks that still exist with COVID-19, while the second is my preparation, which has not been ideal without my coach being able to train with me due to the state border closures in Australia," Barty said.

Queensland, where Barty lives, has been relatively successful in containing the coronavirus and has closed its borders to the more populous southeastern states where there are more cases.

Tennis Australia is looking to schedule more tournaments for players around the country from December, in addition to the usual warmup events, to allow players to prepare for January's Australian Open.

She announced in late July that she would sit out the U.S. Open, currently underway in New York, with defending men's champion Rafael Nadal and world No. 2 Simona Halep among those who also opted out because of the pandemic.

At the time, Barty was still monitoring the situation with the French Open, which is due to start on Sept. 27, but said Tuesday her withdrawal was the latest development in "a challenging year for everyone."

"I wish the players and the French Federation all the best for a successful tournament," the 24-year-old said. "I now look forward to a long pre-season and the summer in Australia."

The fate of Barty's home Grand Slam, the Australian Open in January, is yet to be determined, with the possibility it could be moved out of Melbourne if the city's outbreak has not eased.

Barty's straight-sets victory over Marketa Vondrousova in the French Open last year helped propel her to world No. 1, a position she has held since.

Her last competitive singles match was in late February at the Qatar Open.

Barty's French Open withdrawal comes after tournament organizers said all players at the Grand Slam would be housed in two designated hotels "without exception" to reduce coronavirus risks.

Daily crowd numbers have been reduced to 11,500 from 20,000, and the Roland Garros complex is being divided into three independent zones, with no crossover between them.

Serena Williams has indicated she would prefer to stay in private accommodation while competing in Paris, as she has done in New York.

The 23-time Grand Slam champion, who has a history of serious lung problems, said she would speak to French Open organizers before making a decision on whether to compete.

"I'm honestly taking it one day at a time. I'm going to have to make the best decision for my health," Williams told reporters after making the quarterfinals at Flushing Meadows.

"It's just, I still have some questions, but I'm really kind of, ironically, focused on New York but it's kind of hard because these Grand Slams are so close to each other this year," she added.