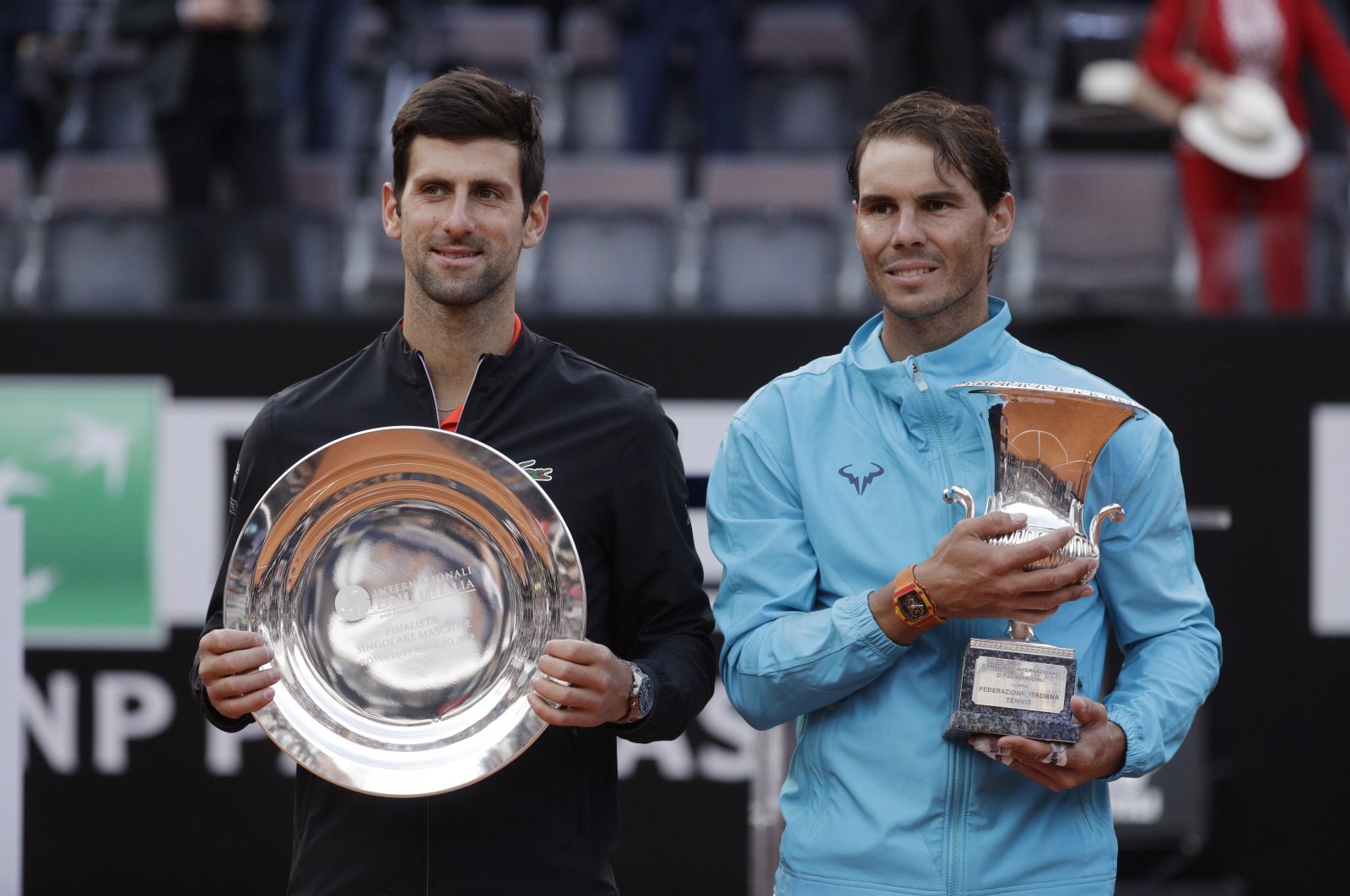 Rafael Nadal remains "number one favorite" for Roland Garros, rival Novak Djokovic said Monday, despite saying the Spaniard's last-eight exit at the Italian Open showed he can be beaten on clay.

Nadal, a 12-time Roland Garros winner, lost in the quarterfinals of the Italian Open to world No. 15 Diego Schwartzman.

"Even though he lost this week, I still think, a lot of people will agree, he's the number one favorite and, the record that he has there, the history of his results, you just can't put anybody in front of him," said Djokovic.

World No. 1 Djokovic beat Argentine Schwartzman 7-5, 6-3 in Monday's final to win a fifth Rome title, and a record 36th Masters crown to move one better than Nadal.

"But, you know, definitely Diego showed that Nadal is beatable on clay," added the Serb.

Conditions in Roland Garros could also have an impact, with the tournament pushed back to autumn because of the coronavirus pandemic.

Nadal "prefers high bounces, that it is hot, that the ball goes fast," said Djokovic, the French Open champion in 2016.

"So let's see. It's going to be interesting. I think even though he's the number one favorite, I think there are players that can win against him there."

Schwartzman agreed that Nadal was the favorite.

"Rafa is the king. It's his house. He went to Roland Garros many years playing good, sometimes not playing his best and he won. I think Rafa is always there, the guy who is going to win."