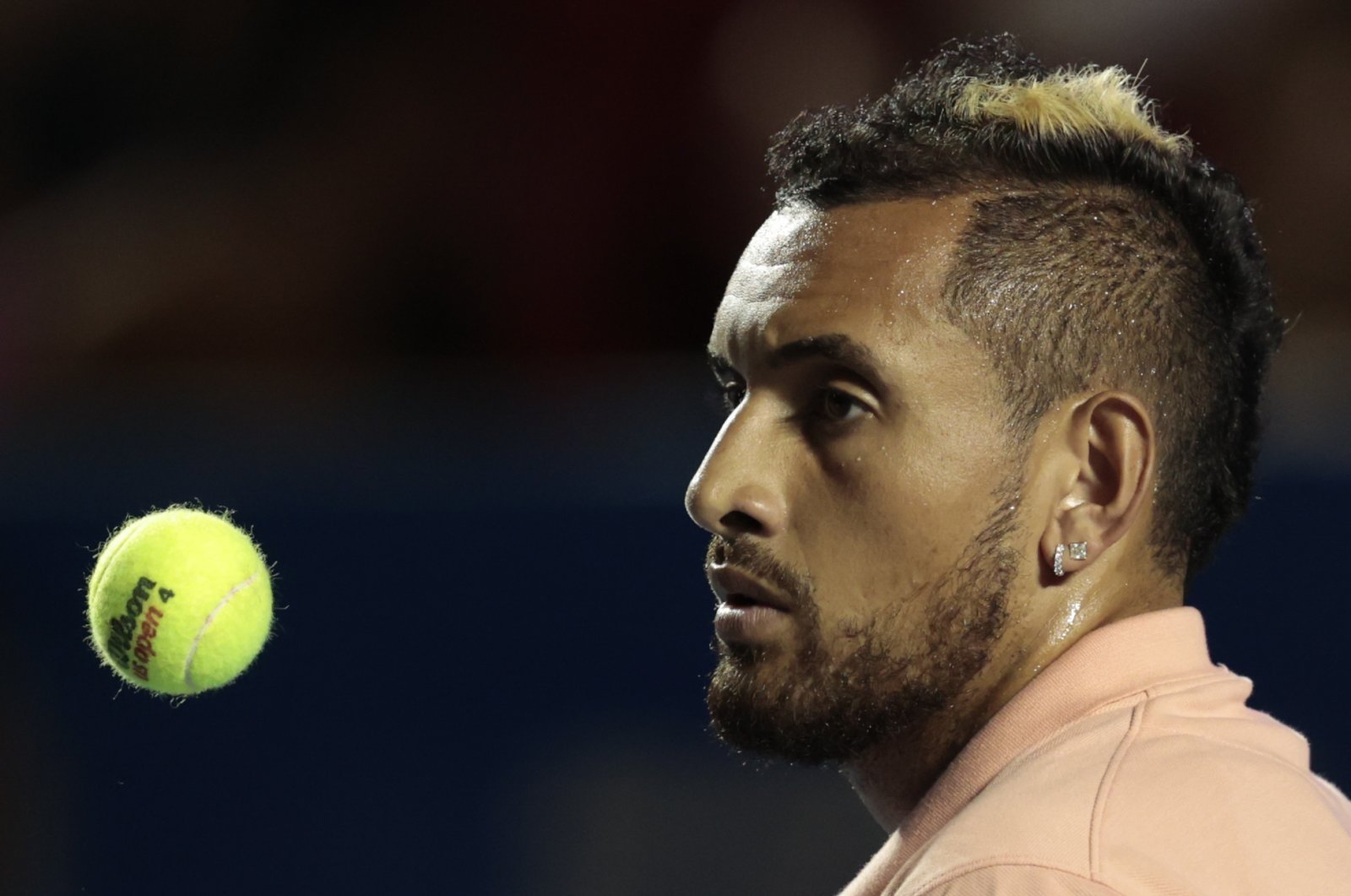 Polarizing Australian Nick Kyrgios Sunday admitted to be being in a "lonely, dark place" during recent years as he battled depression sparked by the relentless grind of the tennis tour. The temperamental star is one of the sport's biggest drawcards, but has also faced intense criticism for his combustible antics on court, with a long list of misdemeanours to his name. They include an explosive racquet-smashing and expletive-ridden meltdown at last year's Cincinnati Masters that saw him put on probation by the ATP and ordered to seek professional help.

"I don't think people understand how lonely tennis can be," he told Sydney's Sunday Telegraph magazine. "You're out there on the court on your own. You can't really talk to anyone. You have to figure things out for yourself. I did struggle with that."

Kyrgios said he had always been emotional and found it tough spending so long away from his Canberra home and family while on tour, admitting there were times when he was "seriously depressed."

"I remember waking up in Shanghai one year and it was 4 p.m. and I was still in bed, curtains closed. I didn't want to see the light of day," he said. "I felt like no one wanted to know me as a person, they just wanted to get a hold of me as a tennis player and use me. I didn't feel like I could trust anyone. It was a lonely, dark place. And things came from that.

"A lot of people were putting pressure on me, I put a lot of pressure on myself. I just lost joy for the game and I was spiralling out of control," Kyrgios added. "I fell into depression because of the things I thought I had to be."

The 25-year-old gained new respect, however, by spearheading fundraising efforts for Australia's deadly bushfires last summer, a crisis which he said gave him a new perspective. He has also been hailed as a voice of reason during the coronavirus pandemic, calling out fellow players – notably Novak Djokovic – for not taking it seriously enough.

Kyrgios opted out of the U.S. Open and French Open this year due to COVID-19, with the break allowing him to reconnect with family and live a more stable lifestyle. "Nothing beats playing in some of the best parts of the world against tough opponents and doing all the work off the court to have success. I'm definitely missing it. But I don't live and breathe tennis," he said. "I love being at home with my family and my girlfriend, and working with my foundation (for underprivileged children) and helping the community. There are plenty of other things I love doing."