No delay to Australian Open despite 4th positive COVID-19 case 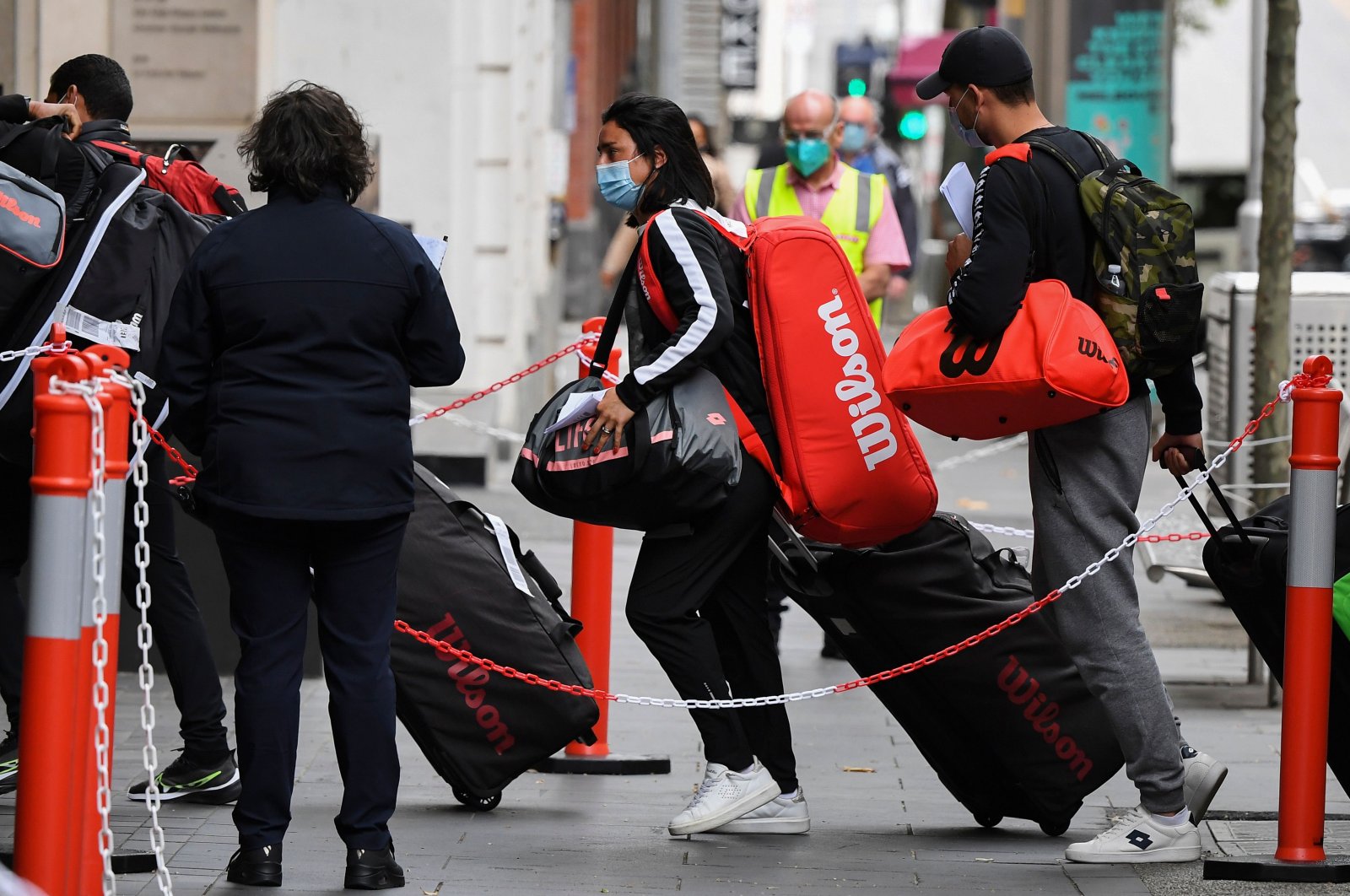 Australian Open chief Craig Tiley insisted Sunday the Grand Slam would begin as scheduled next month while admitting it was "not a great situation" for the 47 players who have been confined to their hotel rooms. The tournament was thrown into disarray on Saturday when three people tested positive to COVID-19 on two of the 17 charter flights bringing players and their entourages to Melbourne and Adelaide. A fourth person, a member of a broadcast team on one of the same flights from Los Angeles, tested positive Sunday. None were players, although one was Sylvain Bruneau, coach of Canada's 2019 U.S. Open winner Bianca Andreescu. Another was also a coach, although they were not identified. Everyone on board was considered to be close contacts and ordered not to leave their hotel rooms for the 14-day mandatory quarantine period. It means 47 players will not be allowed out to train for five hours a day as previously agreed in the buildup to the opening Grand Slam of the year, which is due to start on Feb. 8. The likes of Victoria Azarenka, Sloane Stephens, Kei Nishikori and Angelique Kerber are believed to among those affected, badly impacting their preparations. "We always knew there would be a significant risk with this pandemic; you can never tell," Tiley told Channel Nine television. "But the Australian Open is going ahead, and we will continue to do the best we possibly can to ensure those players that have what is not a great situation, one that is somewhat acceptable." Organizers quashed rumors about a positive case on one of the two flights to Adelaide carrying some of the game's biggest names. While most players touched down in Melbourne, superstars including Novak Djokovic, Rafael Nadal, Serena Williams and Naomi Osaka instead flew into the South Australian city.

Several players, including Sorana Cirstea and Belinda Bencic, took to social media to complain about not being able to train, with some claiming they were not told about a hard lockdown if one person tested positive. "If they would have told us this rule before i would not play Australia," tweeted Romania's Cirstea. Kazakhstan's Yulia Putintseva agreed: "I would think twice before coming here," she said. Tiley admitted it was hard but said they were made aware of the risks. "We did make it very clear at the beginning; that's why we had the player groups in cohorts. There was always a risk that someone would be positive and have to go into 14 days of isolation," he said. "There was a risk on the plane that you would be a close contact; there was a risk that everyone could be a close contact." Some players have already breached the strict lockdown rules by opening their doors. Victoria state COVID-19 quarantine commissioner Emma Cassar warned they faced fines of up to AU$20,000 ($15,300) and persistent offenders risked being sent to another hotel with a police officer stationed outside their door. She cited one player "who opened his door to try and have a conversation with his training mate down the hallway" while another bought takeaway food for friends on the same floor "and was praising his great efforts and opened his door to do so."

"It is really low-level but really dangerous acts which we just can't tolerate," Cassar said. Tiley said he was doing what he could to ensure affected players had exercise equipment in their rooms. But he acknowledged they would struggle to be ready for a week of lead-in tournaments to start in Melbourne from Jan. 31. Asked if the 47 players would miss those events, he replied: "They have not been ruled out. Obviously, at this point, they are not going to get on-court preparation. "If we have to make some adjustments to the schedule, we will do whatever we can to make it an environment that is best for the players."

The Australian Open had already been hit by the withdrawal of injured Roger Federer, while world No. 16 Madison Keys and three-time major winner Andy Murray both tested positive for the virus before departure so did not board their flights to Australia.