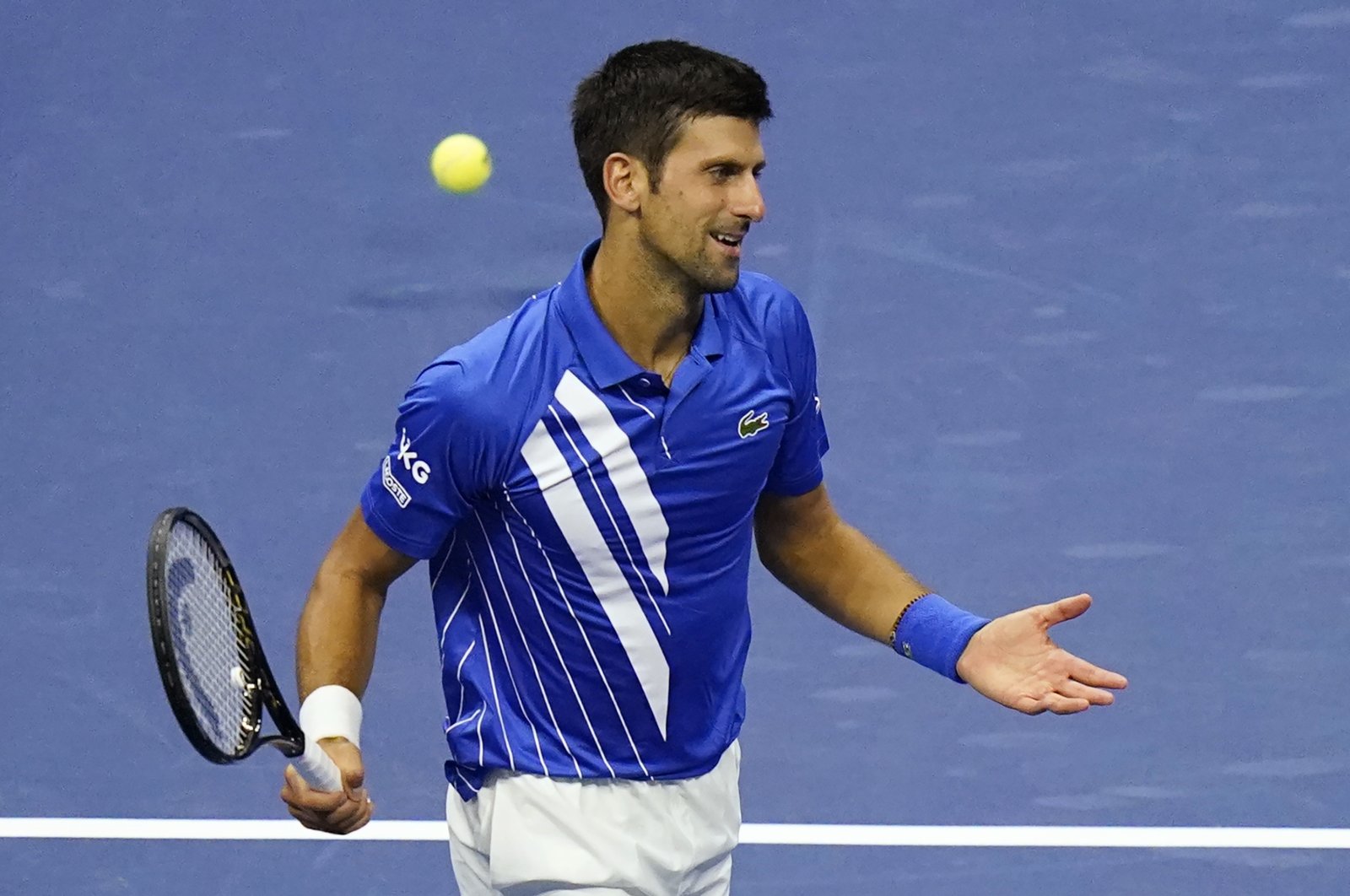 Novak Djokovic, of Serbia, reacts to missing a point to Jan-Lennard Struff, of Germany, during the third round of the U.S. Open tennis championships, Friday, Sept. 4, 2020, in New York. (AP Photo)
by French Press Agency - AFP Sep 19, 2020 9:30 pm
RECOMMENDED

The world number one needed more than two hours to see off the 97th-ranked German, before advancing to the semi-finals in the last warm-up tournament on clay before the French Open.

Two weeks after his US Open default for accidentally hitting a line judge with a ball, the Serb struggled to contain his emotions, throwing his racket after a lost service game, with shouts of anger resounding in the silence of the empty Central Court of Foro Italico.

"Well, let me tell you that it's not the first nor the last racquet that I'll break in my career. I have done it before," he warned.

"I'll probably do it again. I don't want to do it, but when it comes, it happens.

"That's how I guess I release sometimes my anger.

"And it's definitely not the best message out there, especially for the young tennis players looking at me."

"I don't encourage that, definitely. But, look, we're all people.

"It's always been part of my, I guess, training and recovery, as well, developing strong character and understanding myself on different levels, the holistic approach to life.

"That's just me, and of course I'm not perfect. I'm doing my best."

Djokovic was broken four times before advancing to his 11th semi-final in Rome, where he reached the final nine times and won four titles.

"Credit to (Dominik) for fighting back, but I have myself to blame for putting myself in a position to play the third set," said Djokovic.

"I was a set and a breakup and everything was looking great. I just wasn't managing to make that final shot, that final step to win in straights."

"Clay is definitely Casper's preferred surface," said Djokovic of his first meeting with the 34th-ranked Norwegian.

"This is where he feels most comfortable. It's semi-finals and it is anybody's game. I'll do some homework and be ready for that one."

Ruud, 21, was relishing "a great opportunity for me to play against one of the big three."

Berrettini's elimination ended home hopes in the tournament which will be open to 1,000 spectators from Sunday's semi-finals.