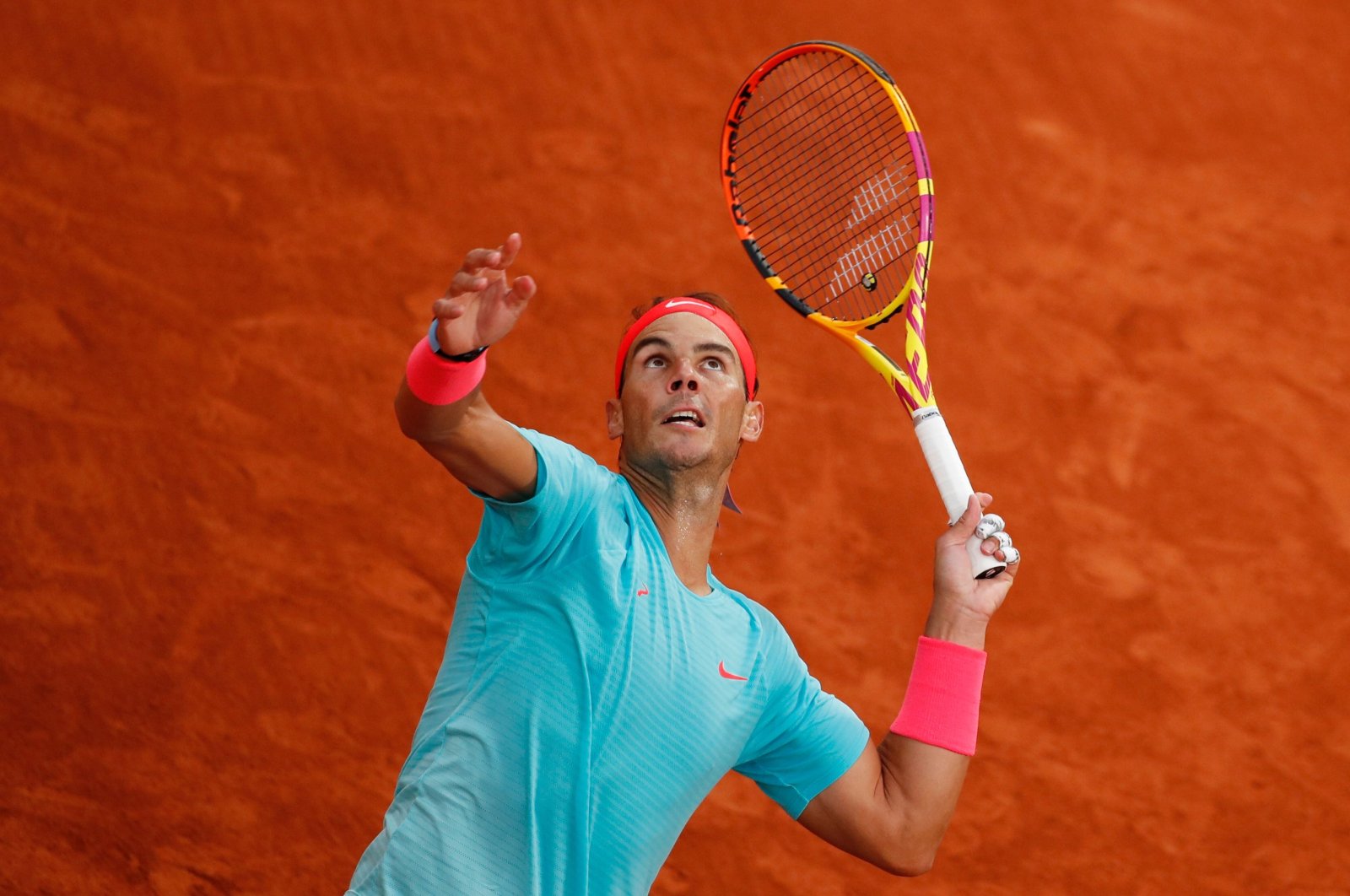 Rafael Nadal began his pursuit of a record-tying 20th men's Grand Slam title with a straight-sets victory at the French Open while Serena Williams made a slow but successful start in her latest bid to equal Margaret Court's all-time mark.

Nadal, 34, needs one more Slam to match Roger Federer's record but has described the defense of his Roland Garros crown as the "most difficult ever" given the cold and damp conditions of a tournament delayed four months by the coronavirus pandemic.

"I am happy, honestly. I did the things that I had to do. I didn't expect much more," said Nadal.

"I'm really happy to be back at Chatrier," he told a smattering of the 1,000 fans permitted daily at Roland Garros. "Hopefully it'll be back to normal next year and I'll play in front of the beautiful crowd."

The Spaniard is appearing for the first time in Paris without a clay title to his credit and skipped the recent U.S. hardcourt swing over COVID-19 concerns.

He smacked 32 winners to just 20 unforced errors to down Gerasimov, one of 31 men entered into his first French Open main draw.

"I don't want to make any mistakes. It's a different Roland Garros this year and the weather conditions are very challenging, but we are here to try our best," added Nadal, who faces Mackenzie McDonald in round two.

An error-prone beginning from the American star left world No. 102 Kristie Ahn serving for the first set before the three-time Roland Garros champion prevailed 7-6 (7/2), 6-0.

Williams, playing at the French Open for the 18th time, dropped serve twice as Ahn moved 5-4 ahead in the opener in a rematch of their first-round encounter at Flushing Meadows.

But the sixth seed forced a tie-break that she sealed with an ace after a 74-minute slog before charging to an ultimately comfortable victory.

"She played very well in the first set, it wasn't easy for me and she hit a lot of winners," said Williams.

Williams, seeded sixth here, has not gone beyond the last 16 in Paris since her defeat to Garbine Muguruza in the 2016 final. Her last major came at the 2017 Australian Open while pregnant.

Italian journeyman Lorenzo Giustino carved out his own place in the headlines Monday when he outlasted France's Corentin Moutet 0-6, 7-6 (9/7), 7-6 (7/3), 2-6, 18-16 in the second-longest match in French Open history at six hours and five minutes.

The match, held over from Sunday, fell 28 minutes short of Roland Garros' record marathon tie between Fabrice Santoro and Arnaud Clement in 2004.