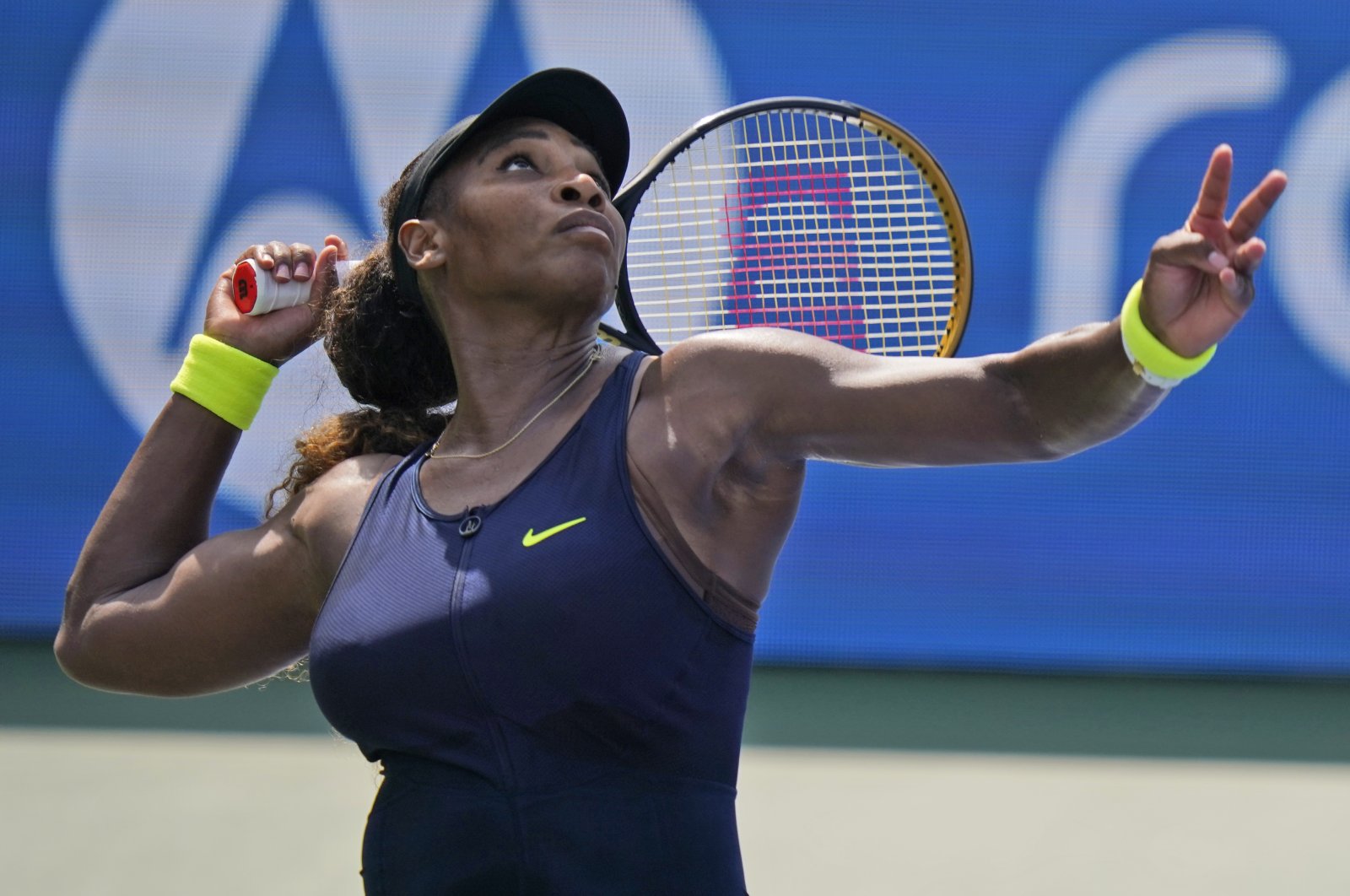 Serena Williams serves to Arantxa Rus, of the Netherlands, during the second round at the Western & Southern Open tennis tournament in New York, Aug. 24, 2020. (AP Photo)
by ASSOCIATED PRESS Sep 12, 2020 6:41 pm

Four-time champion Serena Williams withdrew from the upcoming Italian Open citing the Achilles issue that bothered her in a loss to Victoria Azarenka in the U.S. Open semifinals, organizers at the Foro Italico announced Saturday.

Williams took a medical timeout for a tape job on her Achilles during her three-set loss Thursday.

"I regretfully must withdraw from the (Italian Open) due to an Achilles strain,” Williams said. "I’m so humbled by the continuous support from my fans in Rome and I look forward to making my return soon.”

The Italian Open, which was rescheduled from May due to the coronavirus pandemic, begins Monday.

In the men’s tournament, U.S. Open finalists Dominic Thiem and Alexander Zverev withdrew, as did Daniil Medvedev, who lost to Thiem in the semifinals in New York.

Nine-time champion Rafael Nadal headlines the field in the Italian capital, marking his return to tennis after a seven-month layoff. The Spaniard has been practicing in Rome for several days.

Top-ranked Novak Djokovic, who was disqualified from the U.S. Open, is also entered.

The clay-court tournament in Rome is a warmup event for the French Open, which starts Sept. 27.