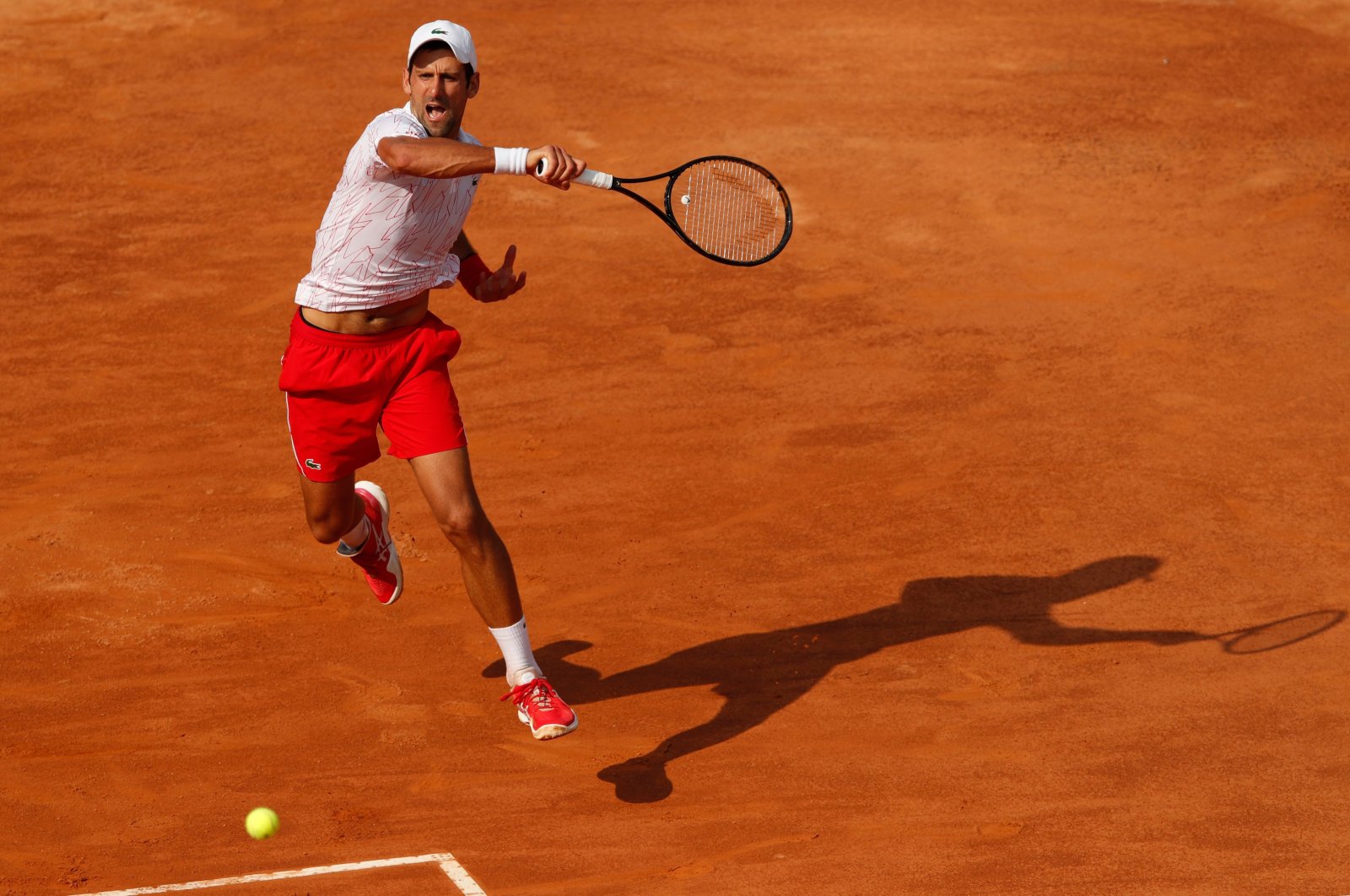 Top seeds Novak Djokovic and Simona Halep both advanced to the finals of the Italian Open on Sunday as fans returned to the stands at the Foro Italico for the first time.

Top women's seed Halep reached a third final where she faces defending champion Karolina Pliskova for a trophy the Romanian narrowly missed out on in 2017 and 2018.

Djokovic had been on a collision course for another final showdown with Nadal a week before the French Open at Roland Garros.

But Schwartzman eliminated the nine-time Rome winner in the quarterfinals and booked his ticket to the final with a 6-4, 5-7, 7-6 (7/4) win over Canadian Denis Shapovalov.

"So it's going to be strange not facing him, but at the same time, I won't underestimate anybody that steps on the court against me tomorrow."

The Serb can win a record 36th Masters title Monday. He is currently tied at 35 with Nadal.

"Thank God I don't play (Elina) Svitolina, because I lost two times against her," joked Halep of the Ukrainian she twice fell to in the final.

Wimbledon champion Halep held off a fightback from her Spanish rival.

After pulling level at a set all, the ninth seed slumped to 5-1 down in the third, before pulling out a string of winners to draw the match back to 4-5.

Serving to stay in the match, though, she hit successive double faults to hand Halep victory.

Halep extended her winning streak this season to 13 consecutive victories, with her last defeat coming against Muguruza in the Australian Open.

She won the Dubai title in February, before the coronavirus lockdown, coming back to claim victory in Prague last month having skipped the U.S. Open.

Italy's government from Sunday allowed up to 1,000 spectators at open-air sports events for the first time since the coronavirus lockdown.

"That definitely was nice to have some people out there," said Pliskova. "It felt super empty, like super lonely."