Tsitsipas crashes out of Paris Masters after 3-hour marathon 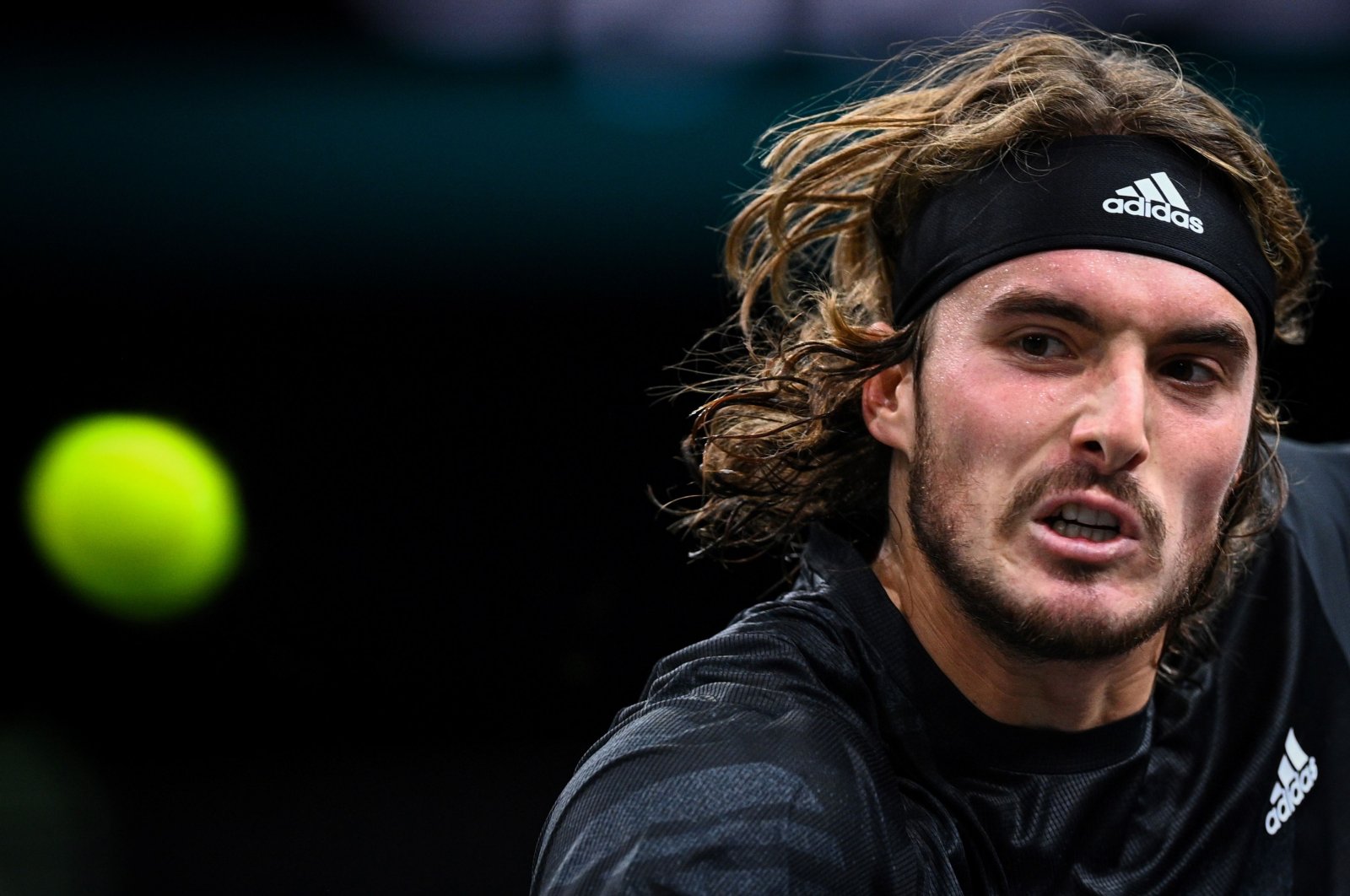 Second seed Stefanos Tsitsipas was dumped out of the Paris Masters on Tuesday after losing to in-form Frenchman Ugo Humbert in a marathon second-round tie.

He was visibly struggling in the final-set tie-break after over three hours on court, but Tsitsipas said he was also not at full fitness.

"I'm just disappointed with the way I played," said world No. 6 according to Agence France-Presse (AFP), who lost to world No. 1 Novak Djokovic in an epic French Open semifinal last month.

Tsitsipas will next defend his ATP Tour Finals title in London, where the season-ending tournament will be held without spectators from Nov. 15-22.

When asked about his chances at The O2 in London, Tsitsipas told reporters that he was unsure.

"During the second set my Roland Garros injury came back, and it wasn't as bad as at the French Open, but it kind of had me on the edge of things, and I wasn't sure if that's good for me to be out there," Reuters quoted him as saying.

"But that's not an excuse, for sure. I still fought and gave my best out there, despite this thing that I had on court. I'm sad, for sure."

The 22-year-old Humbert will face former U.S. Open champion Marin Cilic for a place in the quarterfinals.

Humbert appeared poised to secure the win in the second-set breaker but saw three match points come and go before Tsitsipas forced a decider.

The Greek star battled back from a break down as the third set also went the distance, but Humbert held his nerve, taking his fifth match point with a forehand winner after seeing Tsitsipas overturn a line call on the previous point.

It was a second straight narrow defeat for Tsitsipas after his loss to Grigor Dimitrov in Vienna last week.