World number one Djokovic leaves Tokyo Olympics with no medal 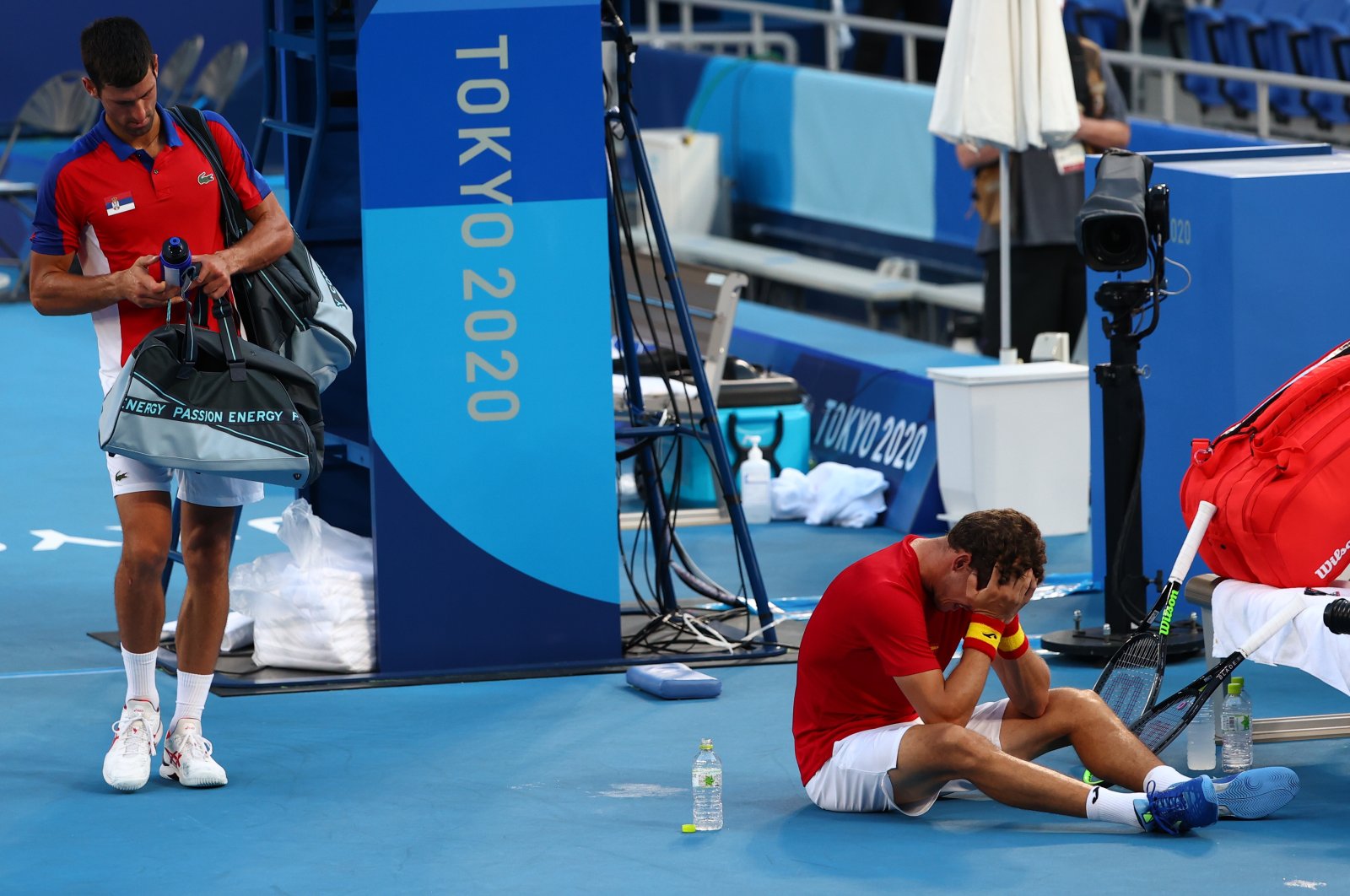 Novak Djokovic of Serbia walks off after losing his bronze medal match against Pablo Carreno of Spain on July 31, 2021. (Reuters Photo)
by compiled from agencies
Jul 31, 2021 1:30 pm

He lost the singles bronze medal match to Pablo Carreno Busta and then withdrew injured from his mixed doubles match for bronze.

His withdrawal from the mixed doubles means Ash Barty and John Peers bag a bronze medal for Australia.

Djokovic lost to Germany's Alexander Zverev on Friday in the singles semi-finals, ending his hopes of this year winning a "Golden Slam," which is Olympic gold and all four Grand Slams. He can still achieve a rare calendar-year grand slam if he wins the US Open starting on August 30.

Sixth seed Carreno Busta beat Djokovic last year at the New York major but that was after the Serb was disqualified in the first set when a ball he hit in frustration hit a lineswoman.

On Saturday, Djokovic sent one racquet flying into the stands early in the third set and got a warning for destroying another one as the final set turned in favor of his opponent.

Carreno Busta won the opening set thanks to a break in the fifth game. Djokovic saved match point with a service winner at 6-5 in the tiebreak and leveled the sets. But a quick break decided the match as Carreno Busta finally wrapped up matters on his sixth chance.