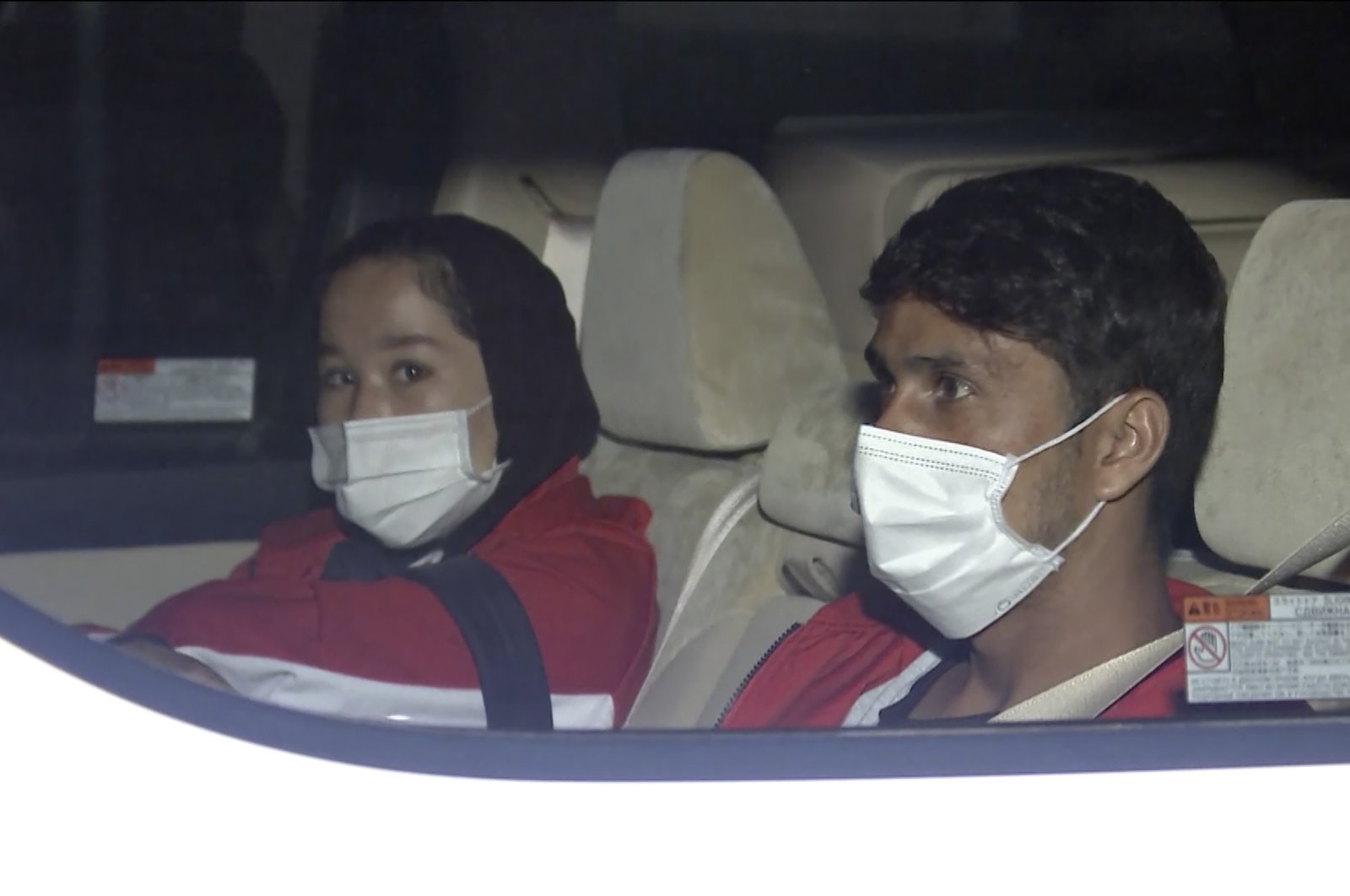 Tokyo Paralympics marked an emotionally charged day off the field as two Afghanistan athletes broke down in tears Sunday after they finally arrived at the Japanese capital a day earlier.

On the field, in the meanwhile, Britain's wheelchair rugby team won one of 63 golds up for grabs on the day.

Afghanistan's Zakia Khudadadi and Hossain Rasouli were evacuated to France last weekend from the Taliban-controlled country in a "major global operation," the International Paralympic Committee said.

"The meeting at the athletes' village was extremely emotional. There were lots of tears from everyone in the room," said IPC spokesperson Craig Spence.

Spence said the Afghanistan flag appearing at Tuesday's Opening Ceremony had been the "first step to keep the door open" to the athletes and their arrival was "a very strong message of hope to many others around the world."

Khudadadi will compete in the women's 49-kilogram K44 taekwondo Thursday. Sprinter Rasouli will take part in the men's T47 long jump Tuesday, having arrived too late for his favored T47 100-meter event.

"As you can imagine after a very turbulent week, both athletes were exhausted following their flight last night," added Spence.

Day 5 of the Games brought a first-ever wheelchair rugby gold for Britain, who beat the U.S. 54-49 in the final.

The Brits had never previously won a medal in the event, but a heroic effort edged out the Americans, who were looking to improve on the silver they claimed five years ago in Rio.

"What an amazing shift that was – that was one to remember," said Britain's Jim Roberts, who led the scoring with 24 tries.

"I play to win every game I go into, so that's what I wanted to come for."

Japan beat Australia 60-52 to take the bronze, leaving the Aussies – who went into the competition looking for a third straight gold – going home empty-handed.

"It's going to hurt watching every other team receive a medal and not us, but that's just what happens when you're not the best," said Australia captain Ryley Batt.

The day began with American Kendall Gretsch snatching triathlon gold right on the line in a dramatic finish after Australia's Lauren Parker had led almost the entire race at Odaiba Marine Park Sunday.

Parker was hampered by backmarkers on the final lap, with the crucial seconds lost enabling Gretsch to reel her in to win by less than the length of her wheelchair.

"I couldn't see her in front of me until halfway through that lap," said Gretsch.

There were 20 finals at the athletics stadium on Sunday and the first gold there went to world-record holder Oksana Zubkovska of Ukraine in the T12 long jump with a leap of 5.54 meters as records began to tumble.

British great Hannah Cockroft smashed her own women's T34 100-meter world record as she won a sixth Paralympic gold medal and third in a row in this event, with fellow Brit Kare Adenegan following her home for silver.

"I honestly didn't know that time was within me," said Cockroft.

And there was a stunning conclusion to the F40 men's shot put final when Iraq's defending Paralympic champion Garrah Tnaiash broke the world record with 11.15-meter on his final attempt to leapfrog the RPC's Denis Gnezdilov into gold medal position.

But the Russian still had one attempt remaining and he astonishingly bettered Tnaiash's mark by just one centimeter at 11.16-meter to snatch back the gold.

"It's gorgeous," said a jubilant Gnezdilov. "It's the best mood possible. These are the Paralympic Games. I won them and with a world record on top of everything. This is the best thing to happen in my life."

Two athletes have tested positive for COVID-19 in the Paralympic village, the IPC announced, among 11 new Games-related cases.

The others are seven contractors, one staff member and one member of the media.

It brings the total coronavirus cases detected in the village to 15, including seven athletes.