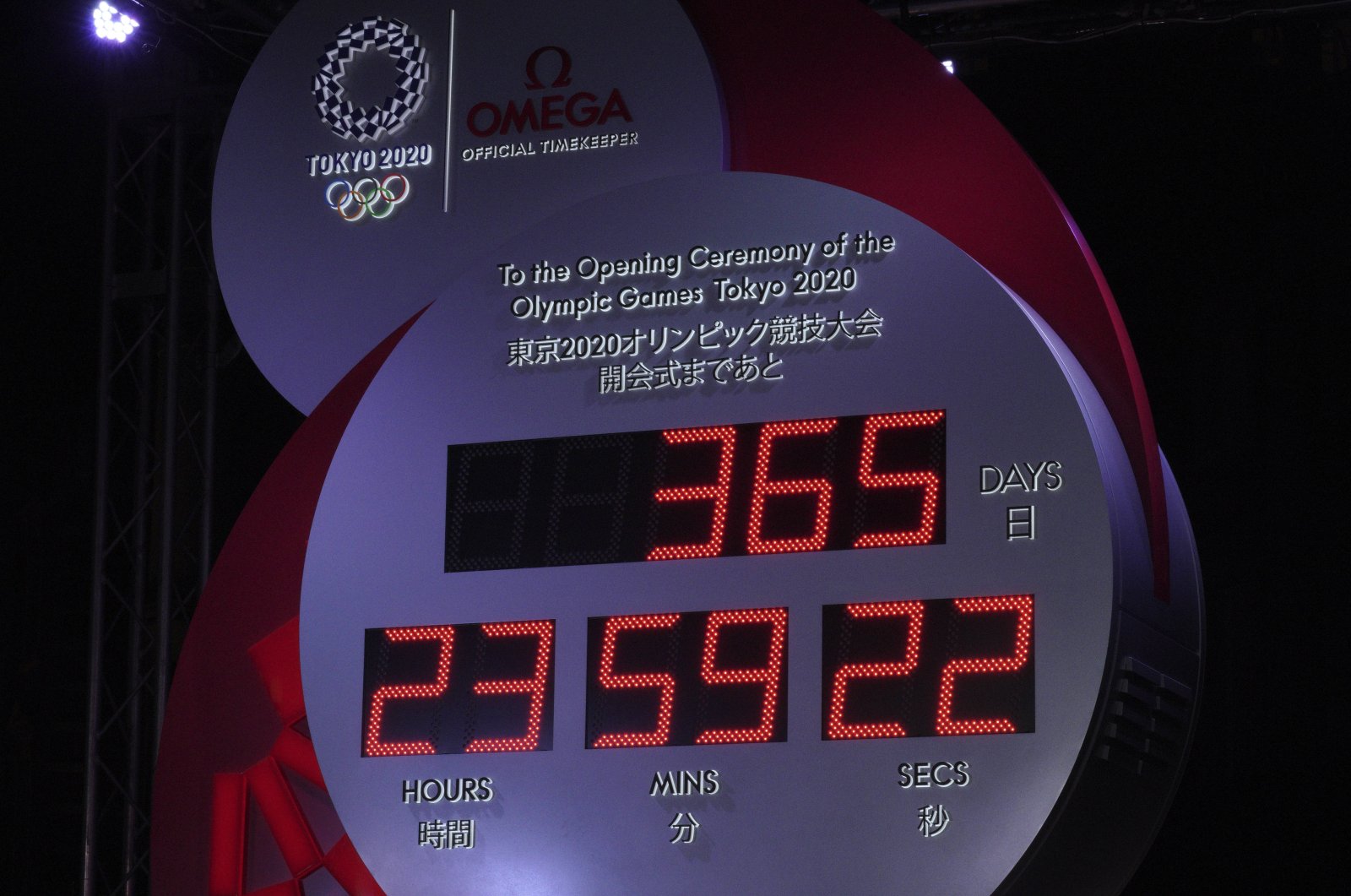 The Games have been pushed back until July 23, 2021, because of the disease outbreak, though it remains unclear whether even that delay will be sufficient.

Last year, the city and organizers held a series of events to mark the one-year countdown, including unveiling the newly designed medals.

But given the global crisis, organizers ruled out a similar celebration.

"In view of the current economic situation, Tokyo 2020 will not be holding any events to mark the new one year to go milestone for the Games," the organizers said.

"But we will consider what we can do to show our solidarity with the people," they said.

The confirmation came after reports in the Japanese media that organizers would scrap the event, fearing it was inappropriate given the global pandemic and the ongoing risk of infection inside Japan.

Kyodo News agency reported that posters and messages of encouragement to athletes might be put up and displayed online instead, adding that the organizing committee felt a more "moderate tone" was appropriate.

A nationwide state of emergency over the virus has been lifted in Japan, but a recent rise in cases in Tokyo has led to fears of a second wave.

The latest reports come after Tokyo's governor confirmed the city and organizers are looking at ways to scale back next year's Games.

Japanese media said streamlining plans could involve cutting the number of spectators and reducing participation in the opening and closing ceremonies.

The Yomiuri Shimbun daily quoted an unnamed source as saying that everyone including athletes, officials and spectators would be required to take a test for the virus.

Tokyo 2020 declined to comment on those reports, saying discussions about coronavirus countermeasures would be held "from this autumn onwards."

Organizers and Tokyo officials face the twin headaches of ensuring the postponed Games can be held safely, given the pandemic, and keeping additional costs to a minimum.

But with the pandemic continuing to rage across much of the world, it remains unclear whether the Games can be held next year.

On Friday, a member of the organizing committee's executive board said a decision on whether the Games could be held or not would need to be taken in spring.

"I think we need to decide around March next year," Toshiaki Endo, a former Olympic minister told reporters, denying speculation that the IOC intends to make a decision in October.

He declined to say whether a vaccine was a prerequisite for going ahead with the Olympics, but was lukewarm on the idea of holding them behind closed doors.

Japanese Prime Minister Shinzo Abe has said it would be "difficult" to hold the postponed Tokyo Olympics if the coronavirus pandemic is not contained.

Meanwhile, Tokyo 2020 President Yoshiro Mori has said the Olympics would have to be canceled if the disease does not come under control by next year.