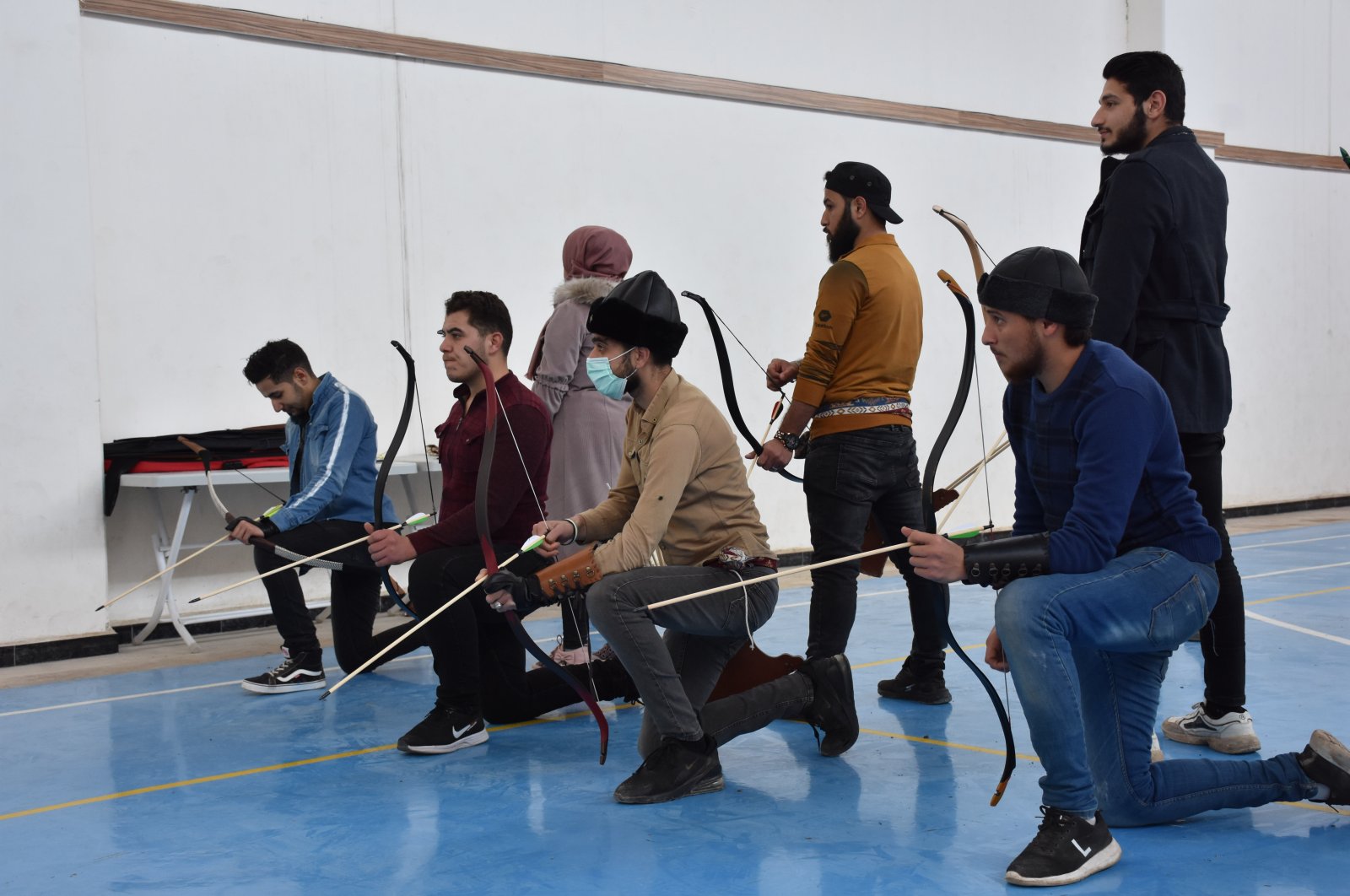 The project is part of Turkey’s continued efforts to bring public services and infrastructure support in the Operation Euphrates Shield and Olive Branch regions.

Firas Derbala, head of the sports department of Azaz's local council, told Anadolu Agency (AA) that they were planning to open more branches of the school in other Syrian towns. He added that 15 youth enrolled in the school on the first day who are trained by coaches from the Kilis Provincial Directorate for Youth Services and Sports.

Euphrates Shield was the first in a series of operations by Turkey and the Syrian National Army (SNA), against different terrorist groups including the YPG, the PKK's branch in northern Syria, and Daesh. Since then, Turkey has launched three more successful anti-terrorist operations – Olive Branch (2018), Peace Spring (2019) and Spring Shield (2020) – across its border in northern Syria to prevent the formation of a terror corridor and enable the peaceful settlement of locals.