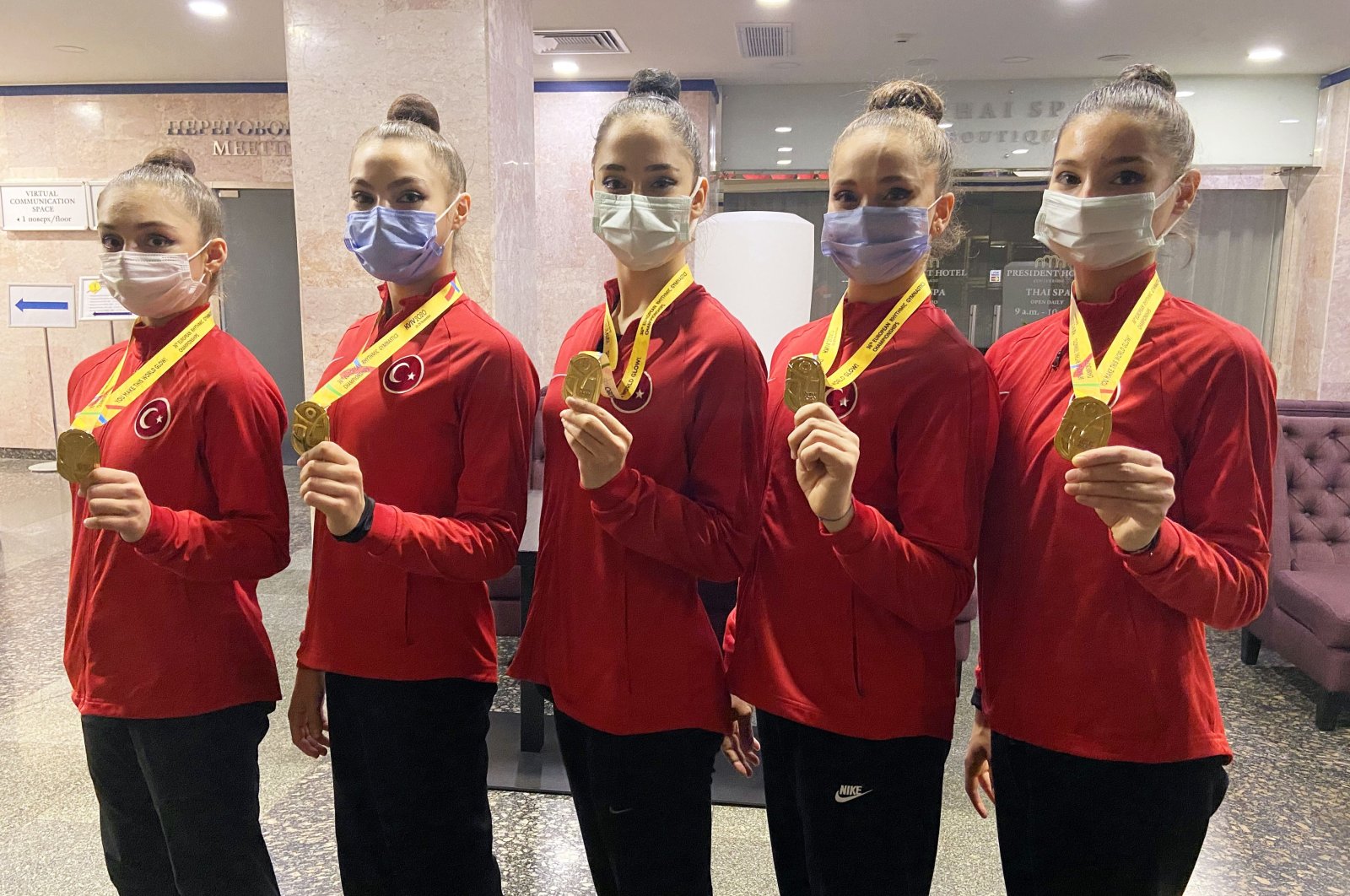 Turkish gymnasts won the medal in the three-hoops-and-two-pairs-of-clubs category at the 2020 European Championships in Rhythmic Gymnastics, which saw a neck-and-neck competition between Turkey and Ukraine as both countries scored the same with 31.150.

The medal was, however, awarded to Turkey after technical deductions determined the final rankings.

“We are very happy, our gymnasts have become European champions in Ukraine today. We never stopped believing our girls. I would like to thank our coaches, technical staff and families of our athletes, whom all had a part in this victory,” Çelen said.

According to Çelen, the achievement came after the federation’s move to expand its reach to the youth over the past few years

“We have shown how such victories can become achievable after we expanded our reach to youth and increased our licensed athletes from 1,000 to 100,000 over the past eight years,” he said.

“Hopefully, Turkish gymnastics will continue to go to even higher places from now on.”

Turkish Youth and Sports Minister Muharrem Kasapoğlu congratulated the team as well and said the win made Turkey proud of the team's success.