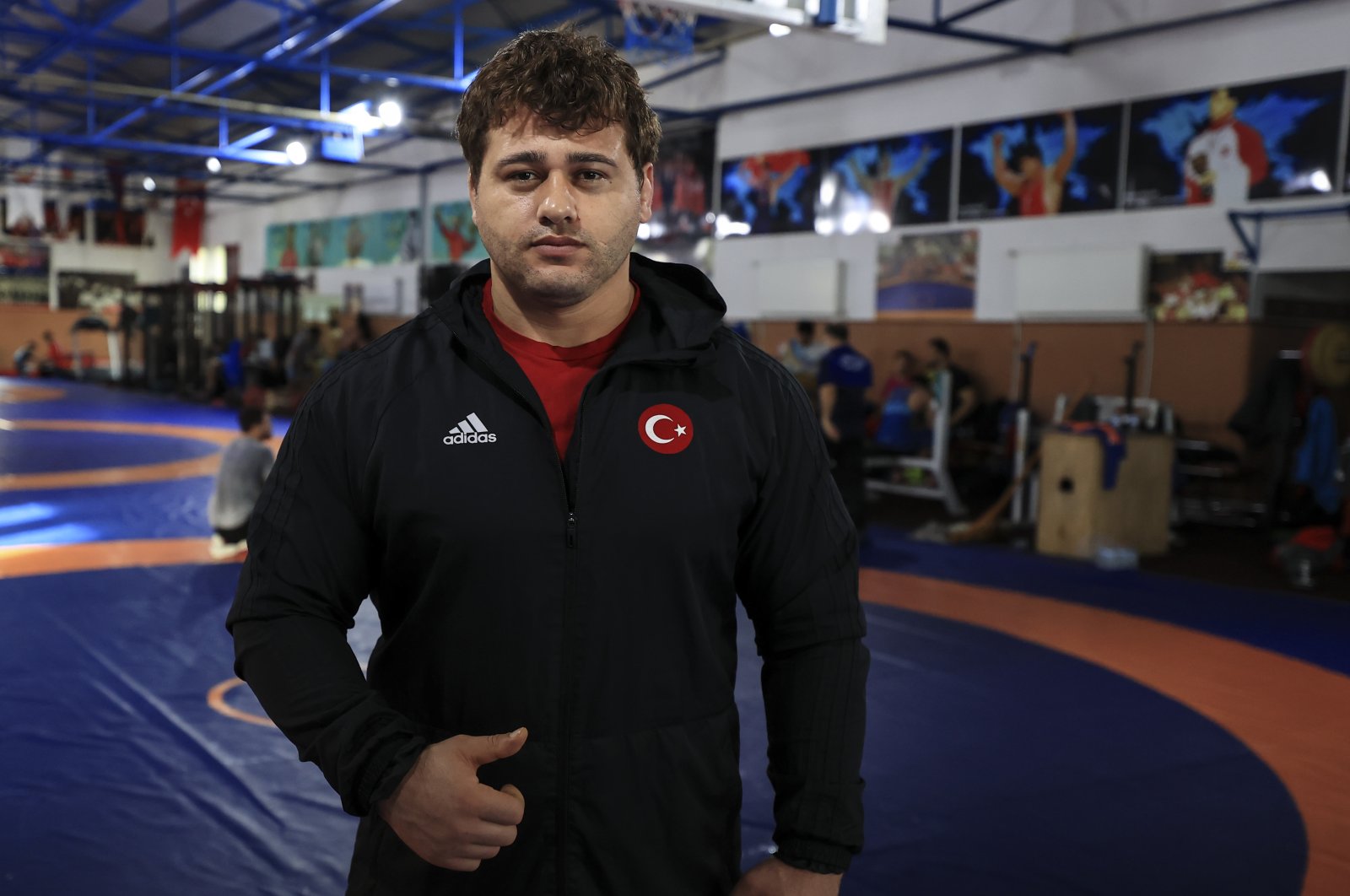 With world and European titles under his belt, champion wrestler Rıza Kayaalp seeks to add an Olympic gold to his trophy shelf in upcoming Tokyo 2021

A four-time world and eight-time European champion, 31-year-old Rıza Kayaalp remains as ambitious as ever. The Greco-Roman wrestler who competes in the 120-kilo category, did not interrupt his training during the coronavirus pandemic. His eyes are set on this year’s Olympics in Tokyo, and he says he is determined to win his first Olympic gold.

“Any medal short of gold will not be an achievement,” a confident Kayaalp said on the sidelines of a training camp in Istanbul where he tests his skills with fellow wrestlers and guest wrestlers from Azerbaijan.

The road to Olympic success started with a bronze medal win in London 2012. He followed it with a silver in Rio 2016. The Olympic championship is all there is left for the ambitious wrestler who also boasts two top titles in the Mediterranean Games. In his worst, Kayaalp secured two silvers in world championships, along with one bronze and one silver medal in the European championship.

He qualified for this year’s Olympics in 130 kilos and pledges to do his best to bring gold home for his country. “It is the dream for every athlete. Some suffice with winning any type of medal. I think it is wrong to simply suffice with participation in the Olympics. The media and columnists sometimes comfort athletes by telling them that merely qualifying is enough. This causes them to relax a little and lower their target. They may put off working hard for gold. I would be disappointed if I won silver or bronze in the Olympics,” he told Anadolu Agency (AA) on Wednesday.

Before the Olympics, another challenge awaits the wrestler. He will compete in Poland in a European wrestling championship and hopes to win a gold there too.

Kayaalp left behind a troubling year where he was embattled with a coronavirus infection. He had to skip a wrestling world cup he trained for vigorously. “I had wanted to win a fifth world title,” he lamented. The disease took a toll on his body though he recovered after a painful process. “I was preparing for the World Cup and was involved in a heavy training regimen. Training is already painful and tiring. With the coronavirus, I was struck with a backache, headache and pains in my legs. I had no problem in my lungs, but nearly two weeks of battling the virus cost me a World Cup spot,” he said.

A win in Poland in April will motivate him, Kayaalp added.

“I have six months for training for the Olympics and by God’s will, it will be painless, without any injuries. I have been wrestling for 21 years and want to crown my career with Olympic gold,” he said.

Apart from the coronavirus, Kayaalp was struck with an injury last year and thinks it is a blessing that the Olympics were postponed. “I could be in trouble if the Olympics went ahead in 2020. I had back problems, and my muscles had weakened. It deprived me of power. I focused my training to improve those weaker parts of my body. Now I feel much better. I even feel better than I was in past years,” he concluded.

The wrestler has plenty of time to improve himself and the camp in Istanbul is “of tremendous help.” “I have no problem with finding sparring partners. I am glad to be able to train with the Azerbaijani national team here. We have different styles. I am more aggressive and help them to improve their offense,” he said.