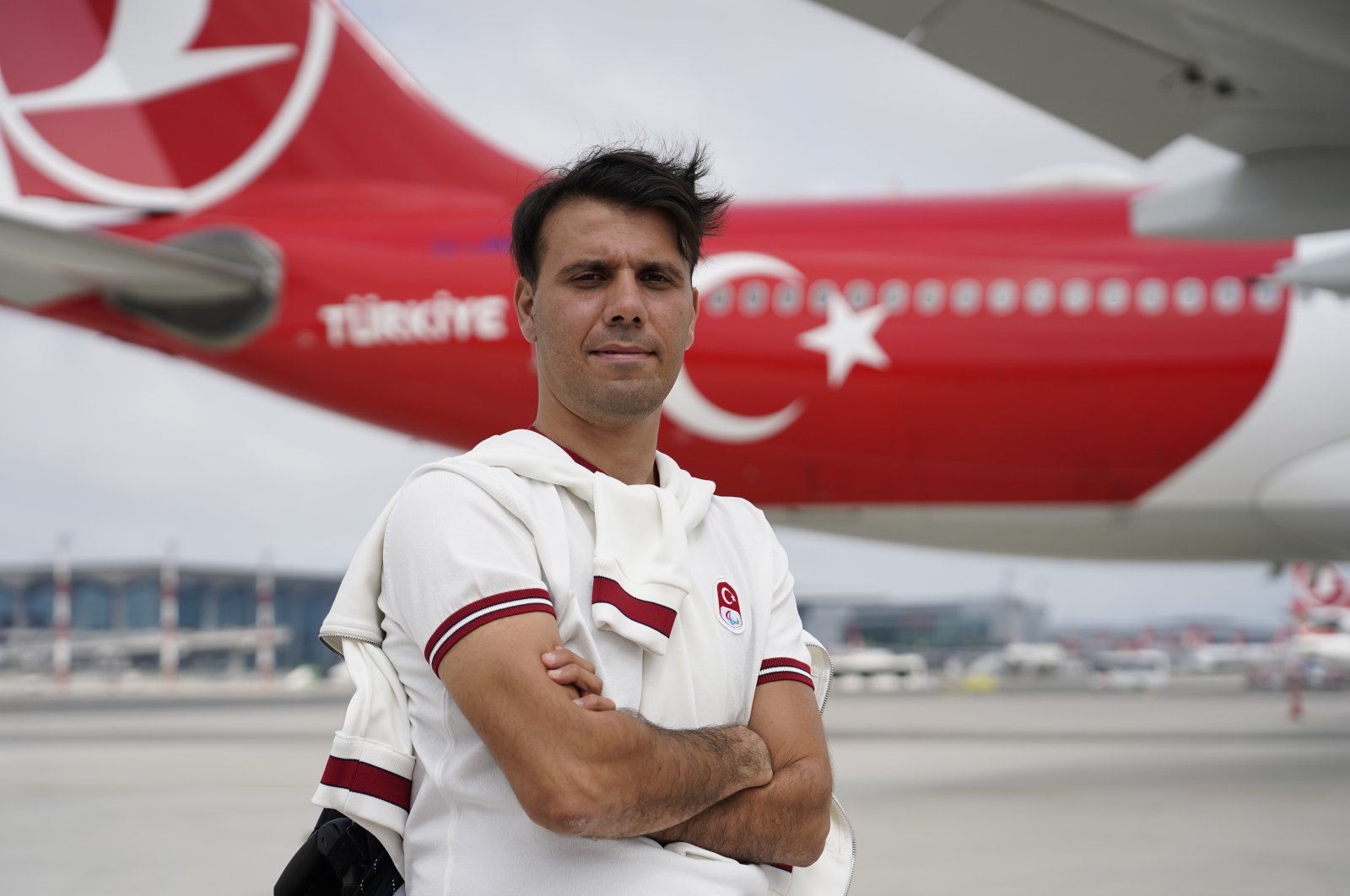 Turkish Paralympic archer Nihat Türkmenoğlu poses for a photo at the Istanbul Airport before departing for the Tokyo 2020 Paralympics, Istanbul, Turkey. (IHA Photo)
by DAILY SABAH WITH AA Aug 27, 2021 11:32 am

Turkish archer Nihat Türkmenoğlu Friday topped the men's W1 ranking round at the Tokyo Paralympics 2020 with a new Paralympic record of 661 points.

All top three archers in the ranking round broke the previous record of Turkish archer Ömer Aşık’s 648 points made at the Rio Paralympics 2016.

Following his record, Türkmenoğlu advanced straight to the quarterfinals.

Competing at the same division, another Turkish archer Bahattin Hekimoğlu finished fifth with 643 points. He will face Russia’s Aleksei Leonov in the last-16 round next.

The gold medal event for Archery W1 will be held on Aug. 30.