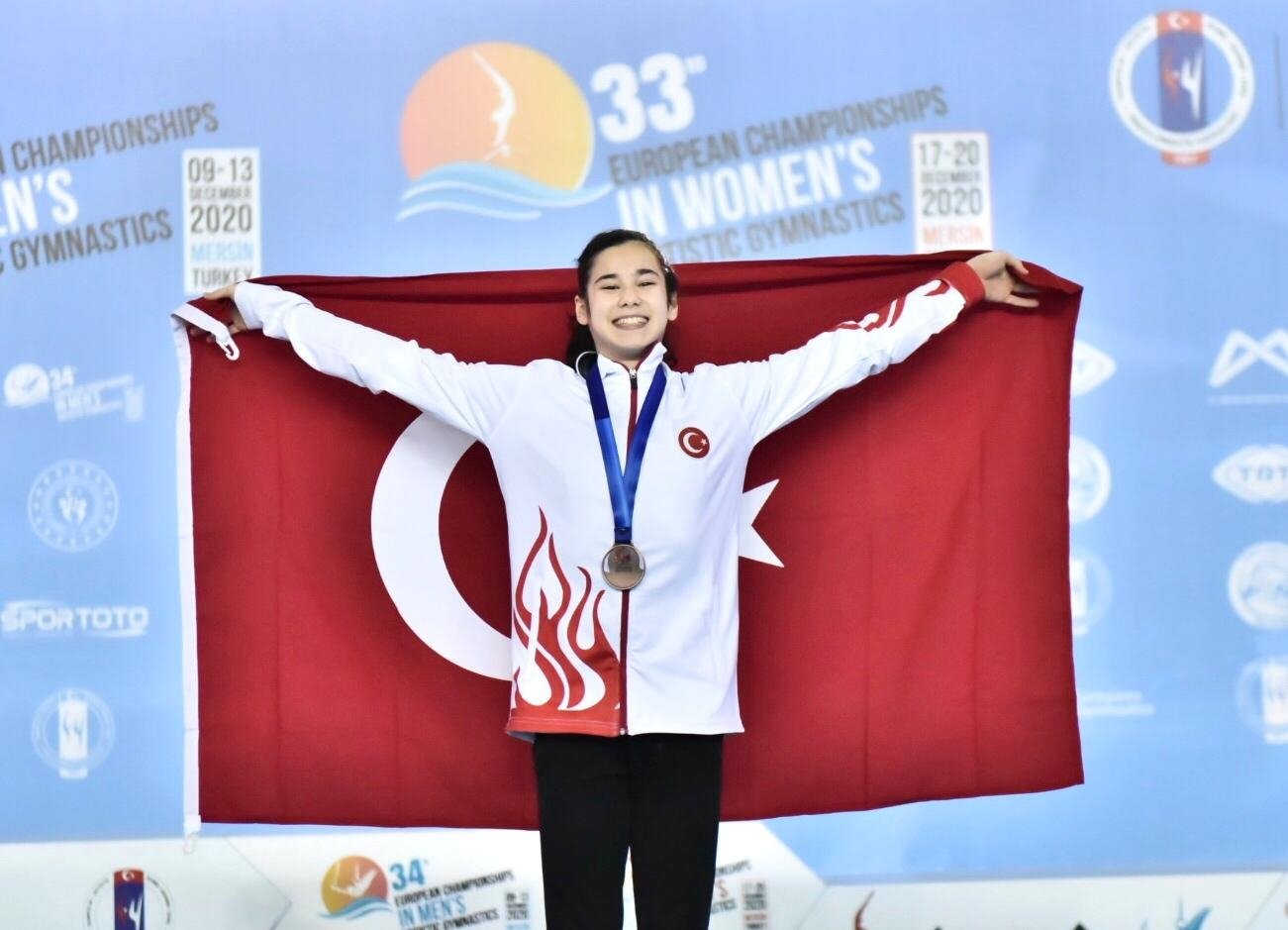 Turkish gymnast Derin Tanrıyaşükür poses for a photo holding a Turkish flag after winning a bronze medal at the competition, Dec. 20, 2020. (AA Photo)
by Anadolu Agency Dec 22, 2020 12:02 am
RECOMMENDED

Turkish athletes made history in gymnastics by winning 10 medals at the European Artistic Gymnastics Championships in Turkey's southern port city of Mersin.

A total of 218 gymnasts from 21 countries competed in floor, pommel horse, rings, vault, parallel bars and horizontal bar at the Olympic Gymnastics Hall.

Turkey won 10 medals in total while eight of them were bagged in men's and two of them were captured in women's.

Turkey came in second for men's with 244.793 points as Ukraine notched 248.963 points to win the gold at the tournament.

Arıcan also secured 14,433 points on the pommel horse to secure the bronze medal.

He also came in third with 14,016 points in the vault final.

Derin Tanrıyaşükür won the bronze medal on the parallel bars with a total score of 12,050.

Şanlı bagged the silver medal on the floor after scoring 13,100 points in the final.

Turkey racked up a total of 143,795 points to come in fourth in the Women's European Artistic Gymnastics Championships.