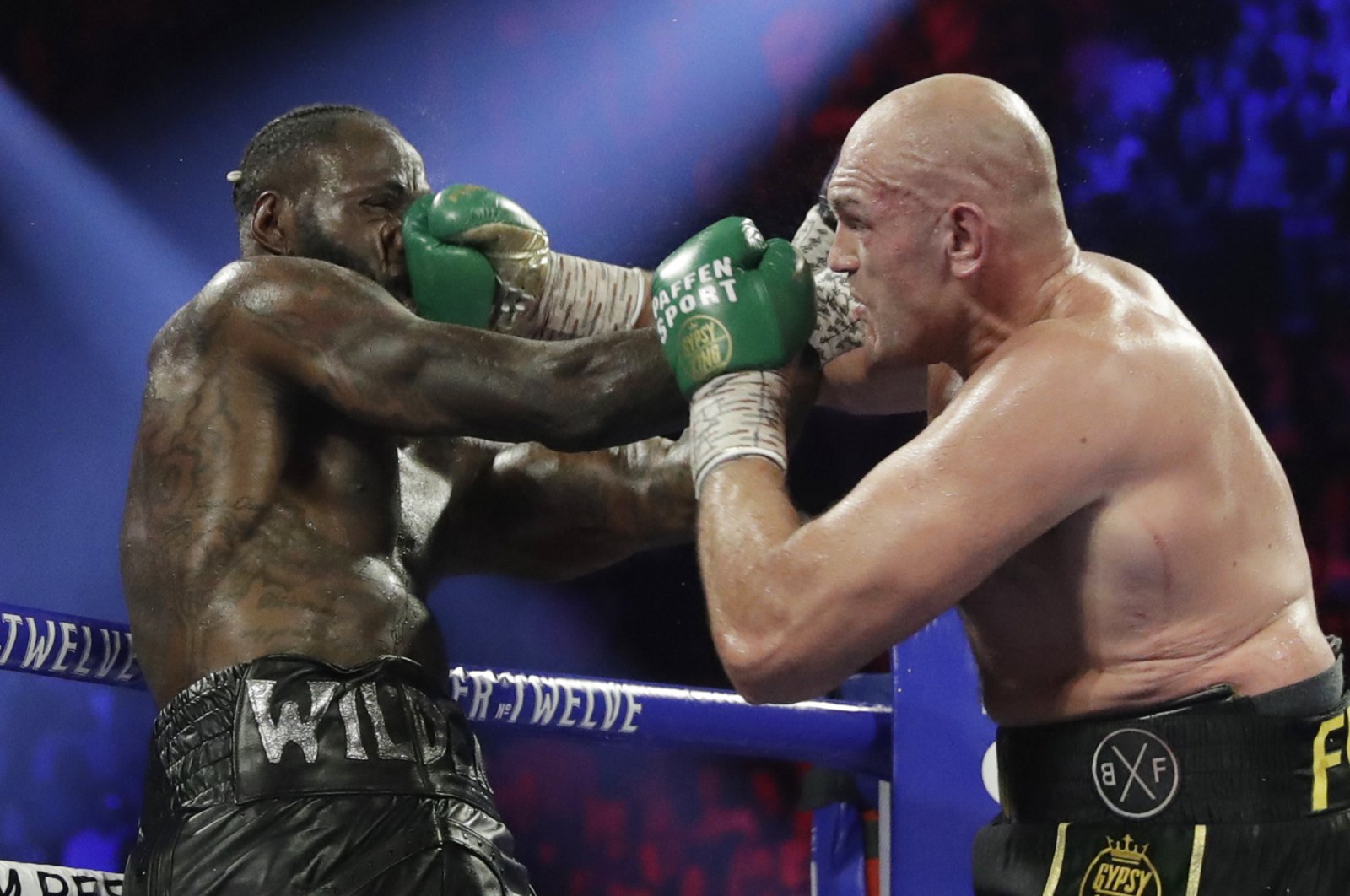 Tyson Fury says he will never tire of beating Deontay Wilder in anticipation of his third fight against the American heavyweight, even though his potential all-British showdown with Anthony Joshua is on hold for now.

Following a controversial draw in December 2018, Fury overpowered Wilder in Las Vegas in February, beating him in seven rounds.

Wilder has activated the rematch clause in his contract, delaying the possibility of a hugely anticipated unification bout between WBC champion Fury and Anthony Joshua, who holds the WBA, IBF and WBO titles.

It is now hoped Fury and Wilder will meet for a third bout later this year after the original date of July 18 was scrapped because of the coronavirus pandemic.

"I'll be obliged to give him a bit more," Fury told the Good Morning Britain television program Tuesday. "You never tire of beating Deontay Wilder. It's one of those things you take great pride in doing.

"I really did what I said I was going to do and not many people, in boxing especially, say something and then do exactly what they were going to do."

Fury, unbeaten as a professional, added, "So I was quite proud of the performance and I'm really looking forward to getting all this coronavirus out of the way and the world getting back on track and getting back to my job."

With regular training not possible due to a lockdown in Britain, Fury has been working out alongside wife Paris and his five children in fitness sessions broadcast on Instagram Live.

"It helps me stay in shape and helps many, many people out there who join in from all over the world," said the 31-year-old.

"I'm very, very grateful that I can have an input on helping people with their fitness and mental health problems during these lockdown times.”

"I've got Paris here and the kids. Everyone goes nuts in the front room while we're working out."