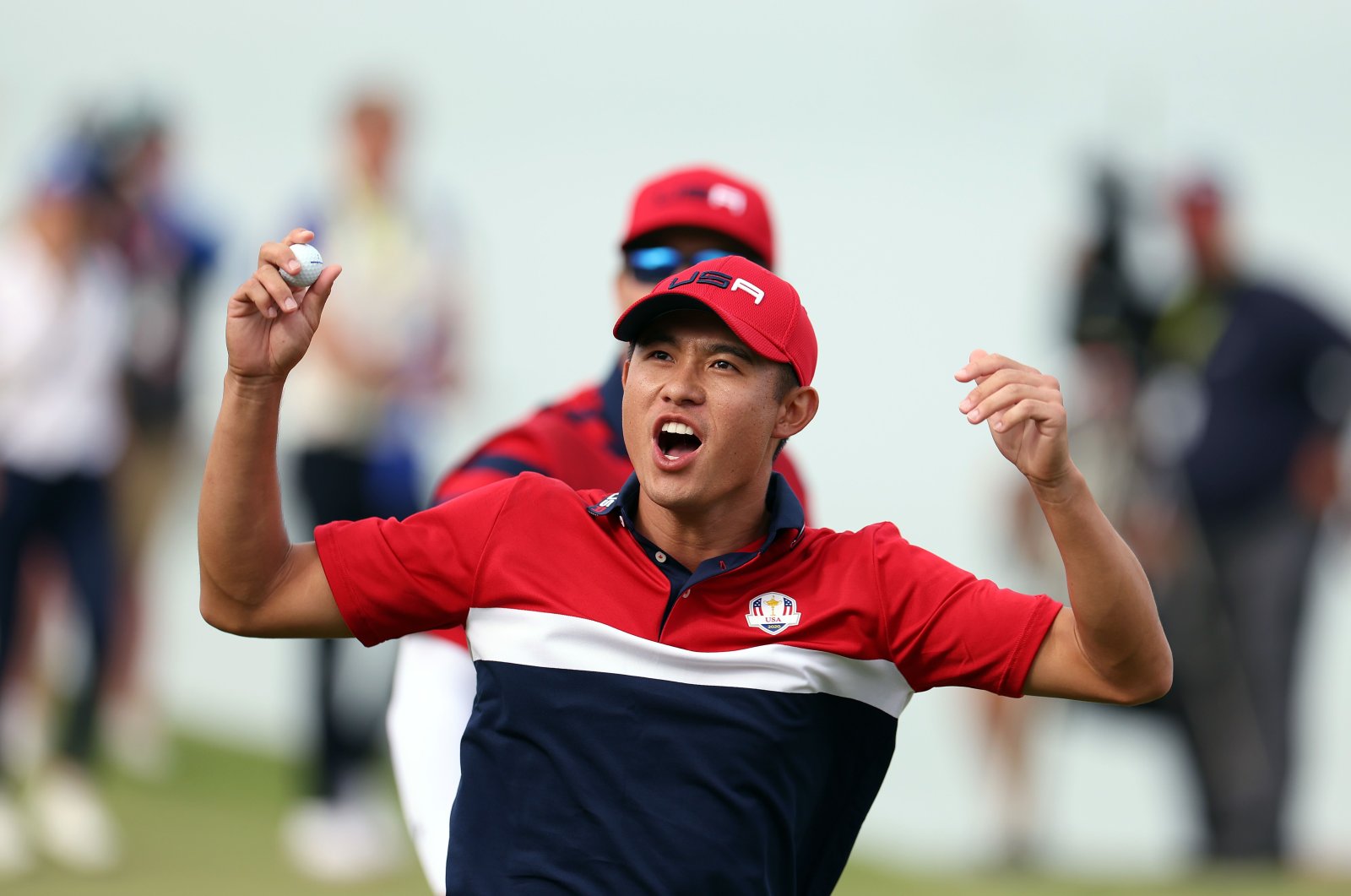 United State's Collin Morikawa celebrates on the 17th green after winning the hole to go 1up and guarantee the half point needed for the U.S. to win during Sunday Singles Matches of the 43rd Ryder Cup at Whistling Straits, in Kohler, Wisconsin, Sept. 26, 2021.
by French Press Agency - AFP Sep 27, 2021 12:01 am
RECOMMENDED

The United States has reclaimed the prestigious Ryder Cup trophy after taking a dominating lead over Europe on Sunday.

After victories by Patrick Cantlay, Scottie Scheffler and Bryson Dechambeau put the Americans on the brink of victory at 14-6, it was two-time major winner Collin Morikawa who delivered the clinching blow.

Needing only a half-point to guarantee U.S. victory, Morikawa hit a tee shot at the par-3 17th to three feet from the hole.

After Norway's Viktor Hovland missed a 45-foot birdie putt, Morikawa tapped in to clinch a half-point for the U.S. side, going 1-up with one hole remaining and assuring the U.S. triumph.

The Americans, featuring nine of the world's 11 top-ranked players, seized an 11-5 lead after foursomes and four-ball matches Friday and Saturday, its largest two-day edge since 1975.

But Scheffler started the U.S. scoring by defeating world number one Jon Rahm of Spain 4 & 3.

DeChambeau, last year's U.S. Open winner, pushed the U.S. team to the brink of victory with a 3 & 2 triumph over Spain's Sergio Garcia.

The Americans lead the all-time rivalry 27-14 with two drawn although they still trail Europe 11-9-1 since the expansion beyond a British-Irish squad in 1979.