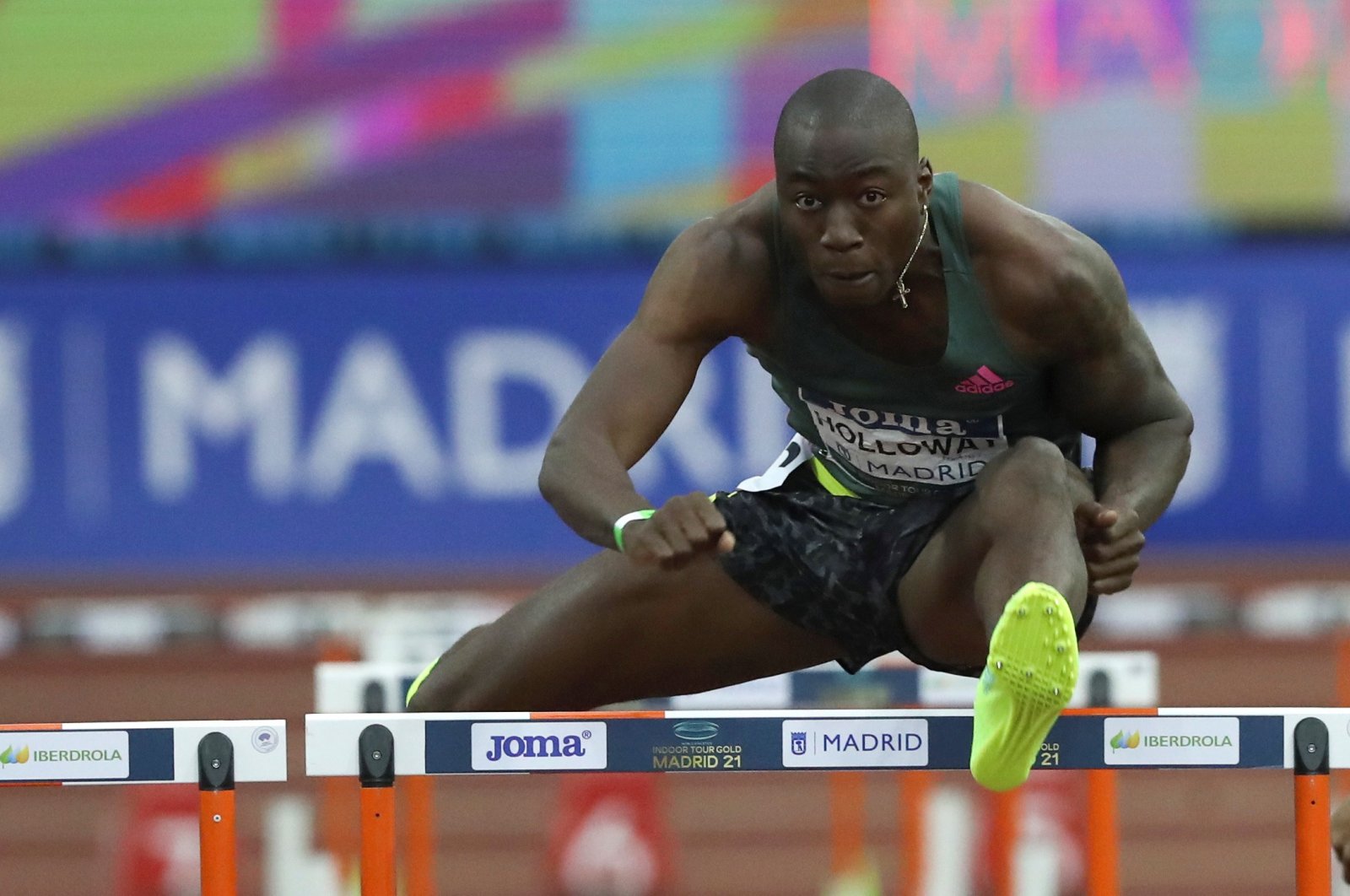 The 110m hurdles world champion ran 7.29 seconds to shave one-hundredth of a second off the record Briton Jackson set in 1994.

Holloway had already run 7.32 seconds in the heats and blitzed the competition in customary style on the way to claiming the new record, with Britain's Andrew Pozzi finishing second in 7.51 seconds.

"I wouldn't say it was a perfect race, but I tied my PR (personal record) in the heat and that usually means I run faster in the final," World Athletics reported Holloway as saying.

"The world record outdoors (12.80 seconds) is definitely in my sights but I want to let all this soak in first, then my priority is (to) win the Olympic Trials and then the Olympic gold medal."

The 23-year-old had been in great form all winter, running under 7.40 seconds 10 times.

He is undefeated in 41 races over 60 meters since making his senior hurdles debut just over four years ago but will have to wait another two years for a chance to shine at the World Indoor Athletics Championships.

The event in Nanjing had been pushed back to March this year due to the coronavirus pandemic but was postponed again to 2023 late last year.

However, there is much anticipation over whether he can surpass his best 110m hurdles time of 12.98 seconds at the Tokyo Olympics, which has been delayed by the COVID-19 pandemic.

Holloway had initially not wanted to hold a sign which read "world record" while being pressed by photographers, before finally complying with his trademark smile.

The Netherland's Nadine Visser ran a season's best-equalling time of 7.81sec as she won the women's 60m hurdles.

Gudaf Tsegay claimed the honors in the women's 3,000m with 8 mins 22.65 seconds – the second-fastest indoor time in history – and looked in good shape after claiming the 1,500m indoor world record earlier this month.

Ethiopian Tsegay had also run the best 800m time of the season at the Val-de-Reuil meeting in France 10 days ago.