US' Mickelson oldest major winner at 50 with epic PGA win 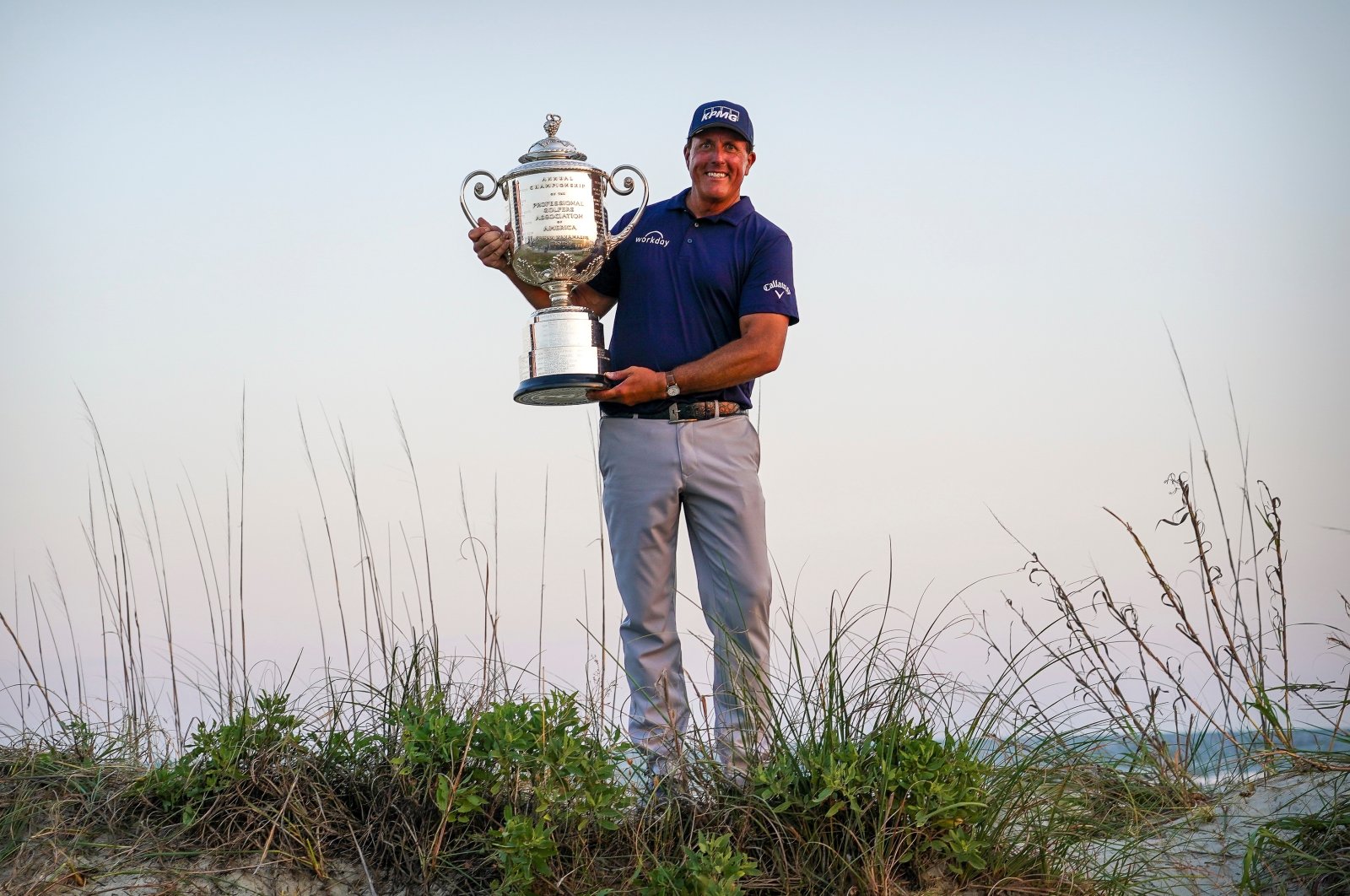 U.S. golfer Phil Mickelson made history Sunday as he became the oldest major winner, capturing the PGA Championship by two strokes at Kiawah Island for his sixth major title.

The age-defying 50-year-old took home the $2.1 million top prize with a stunning shotmaking display on the windy Ocean Course.

Mickelson delivered a win for the ages by firing a final-round one-over-par 73 to finish 72 holes on 6-under par 282 with four-time major winner Brooks Koepka and South African Louis Oosthuizen second on 284.

A surreal scene at the 18th hole saw spectators surround the green and chanting "Lefty" as he two-putted for par to complete a record-breaking victory for the ages.