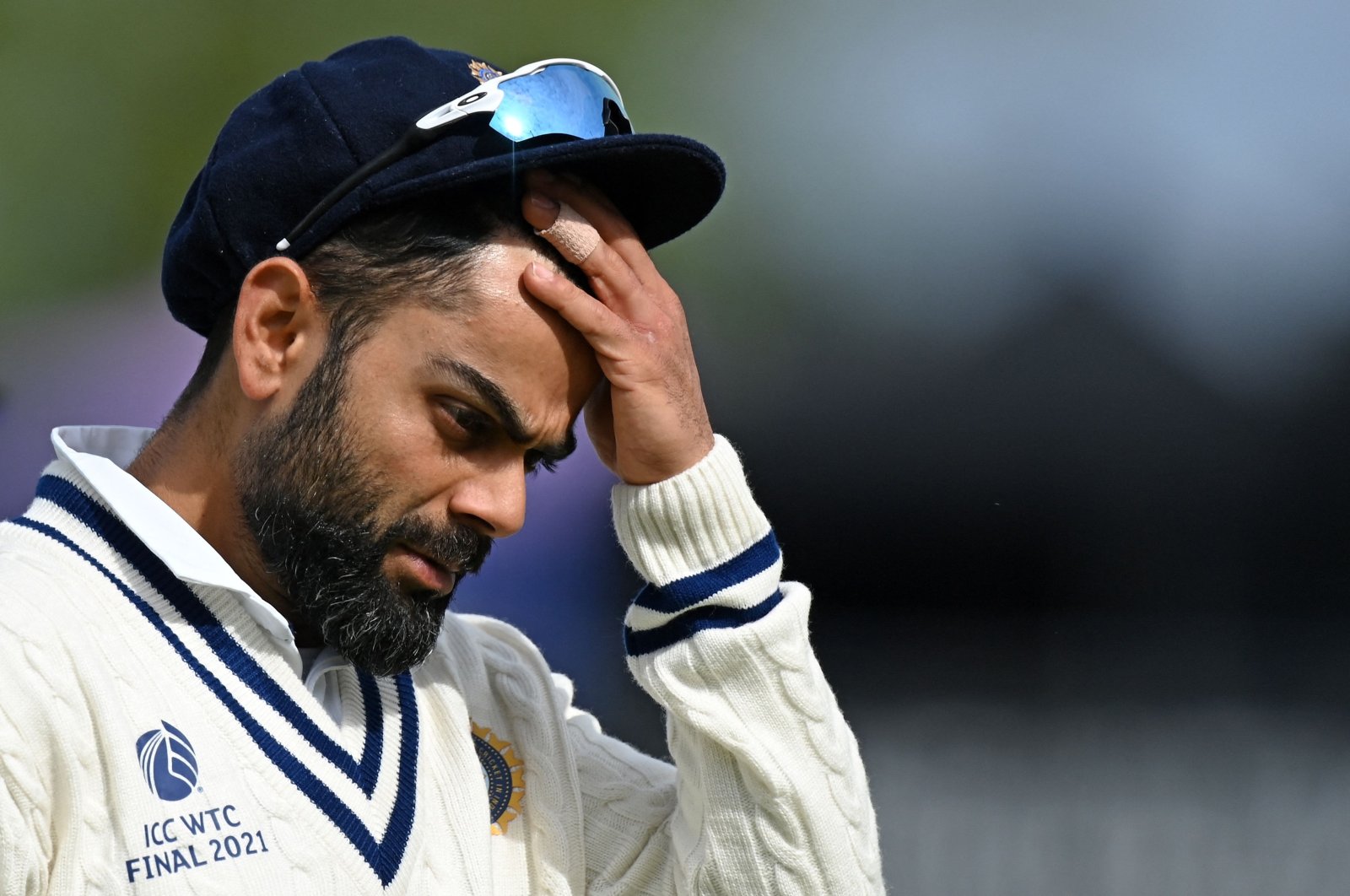 India's Virat Kohli reacts as he walks back to the pavilion on the fifth day of the ICC World Test Championship final against New Zealand in Southampton, England, June 22, 2021. (AFP Photo)
by REUTERS Sep 16, 2021 5:11 pm
RECOMMENDED

Indian star cricketer Virat Kohli has said he will step down as his country's Twenty20 captain after the World Cup next month.

"I feel I need to give myself space to be fully ready to lead the Indian team in Test and ODI cricket," said Kohli on Thursday.

His leadership has been the subject of mounting speculation in recent months.

"I've decided to step down as the T20 captain after this T20 World Cup in Dubai in October," he added in a Twitter post.

The 32-year-old, who became limited-overs captain after M.S. Dhoni stepped aside in 2017, has faced pressure over his failure to win India either the World Cup, Champions Trophy, or T20 World Cup.

But Jay Shah, secretary of the Board of Control for Cricket in India (BCCI), had backed Kohli this week to continue.

"I have given everything to the team during my time as T20 captain and I will continue to do so for the T20 team as a batsman moving forward," said Kohli.

"Of course, arriving at the decision took a lot of time," he explained, adding that he had consulted with India coach Ravi Shastri and opening batsman Rohit Sharma.

He also said he had informed Shah, BCCI president Sourav Ganguly and the national selectors of his decision.

Indian media have reported that Sharma could take over as the limited-overs captain and that the change had been discussed by the BCCI.

Kohli is set to lead his Indian Premier League side Royal Challengers Bangalore in the T20 tournament which resumes Sunday in the UAE after a four-month pandemic suspension.