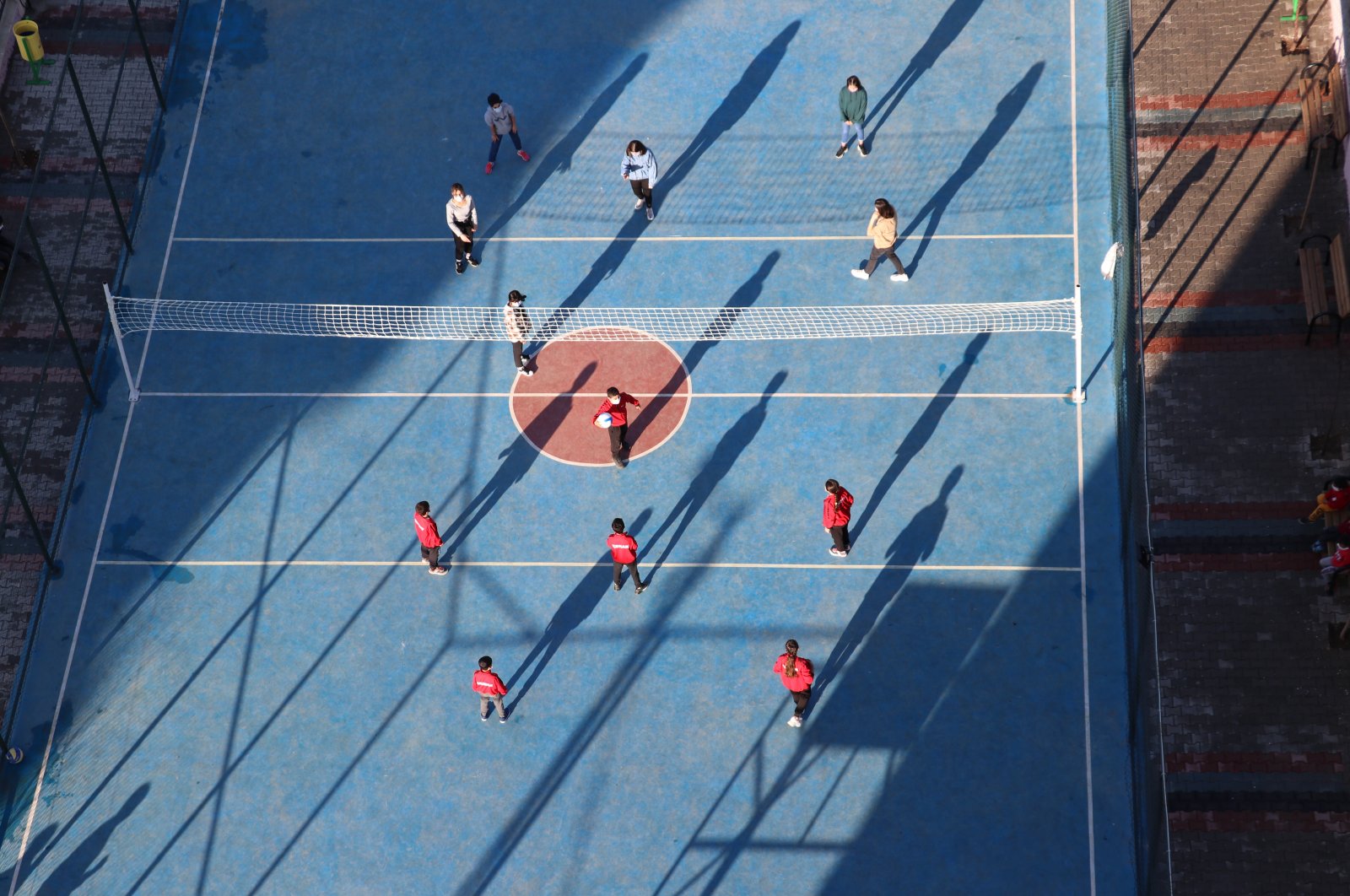 A group of children who made the headlines for their primitive volleyball pitch, made of cartons and discarded tires, now have a genuine pitch, courtesy of the Youth and Sports Ministry.

The children were photographed at a neighborhood of eastern Turkey's Siirt back in June, setting up a net in a small "pitch," consisted of cartons laid on the uneven, thorny ground, surrounded with old tires they collected.

As the story went viral, several sports teams and the ministry reached out to the children. Sports Minister Mehmet Muharrem Kasapoğlu on Sunday shared a photo of children playing in an original volleyball pitch in their neighborhood and said they made the children's dreams come true.

Although overshadowed by a craze for football, volleyball is also a popular sport in Turkey. The recent international success of the women's volleyball national team, nicknamed "Sultans of the Net," has endeared the sport to wider masses.

"We had an empty lot here and decided to play volleyball. We put together two planks and a net and laid cartons on the ground so the bare ground would not hurt us. This was what we could do on our own," said Nursen Oysal, a 13-year-old girl, had told Anadolu Agency (AA) when their photo went viral in June. The children had also complained that they did not have a place big enough to play volleyball.