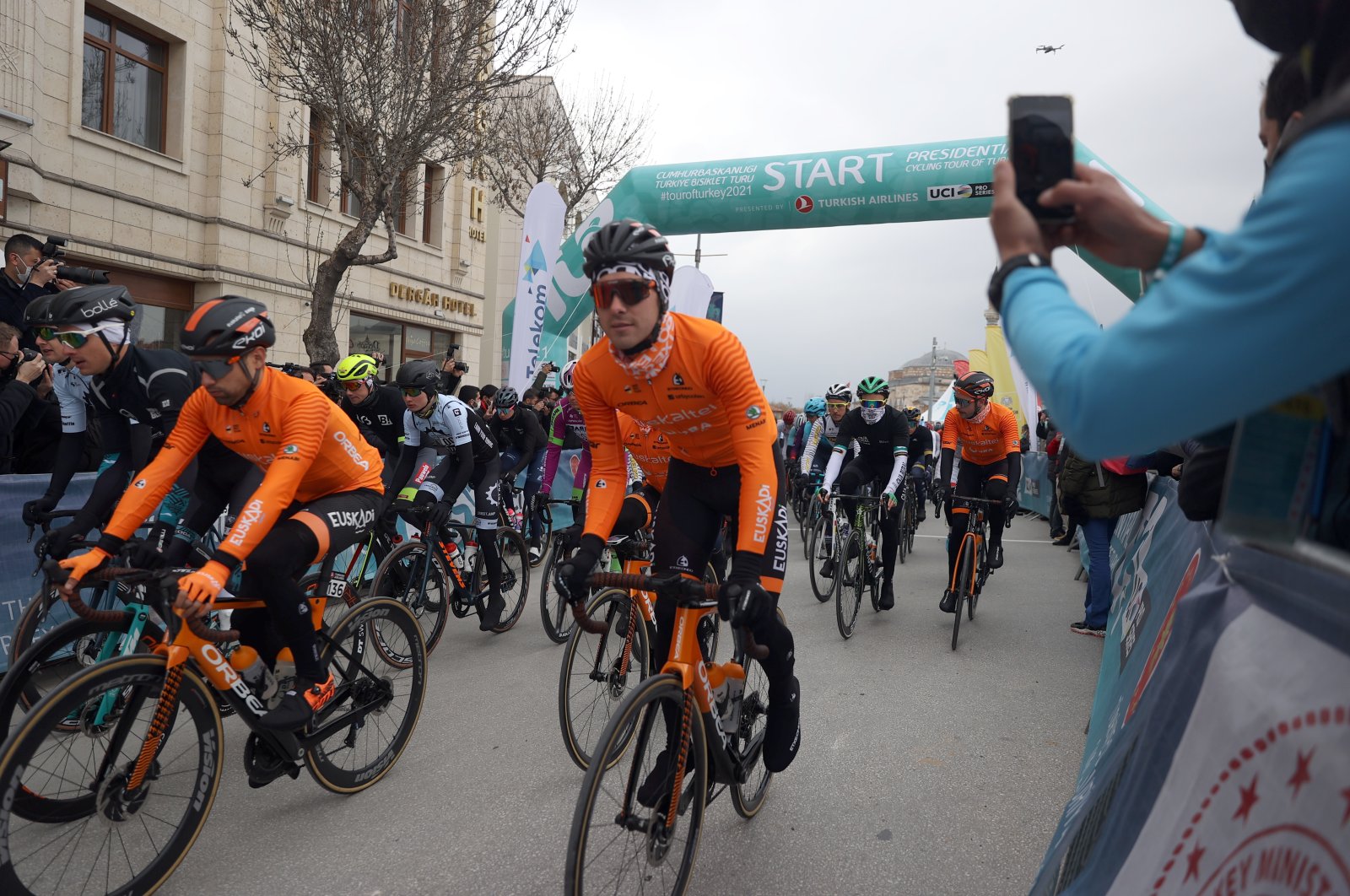 The snow-hit opening stage of the 56th Presidential Cycling Tour of Turkey will go ahead on Sunday albeit in a shortened and flatter form.

What should have been a mountainous opening stage to Urgup in the center of the country was canceled Saturday due to heavy snow.

But Sunday organizers rescheduled it to be raced around the nearby city of Konya on a 72.4-kilometer circuit that will suit a mass bunch sprint rather than an elite clique of climbers sharing the spoils.

The eight-day race marks the return of Dutch cyclist Fabio Jakobsen eight months after a high-speed crash in Poland almost cost him his life.

British ace Mark Cavendish will be alongside Jakobsen in the Deceuninck Quick-Step team and both men can be expected to be involved if a bunch sprint materializes.

Monday's second stage is also run around a 144.9-kilometer circuit that will begin and end in Konya.

The tour, which was canceled last year due to the COVID-19 pandemic, will run until April 18.

The event has been broadcast widely on local and international channels, primarily Eurosport, since 2008 and will air in 120 countries this year.

The event started in 1963 as the Marmara Tour, acquired an international status for the first time in 1965, and was then taken under the presidential authority's auspices in 1966, according to the organizers.