Whittaker beats Till as UFC's Fight Island draws to a close 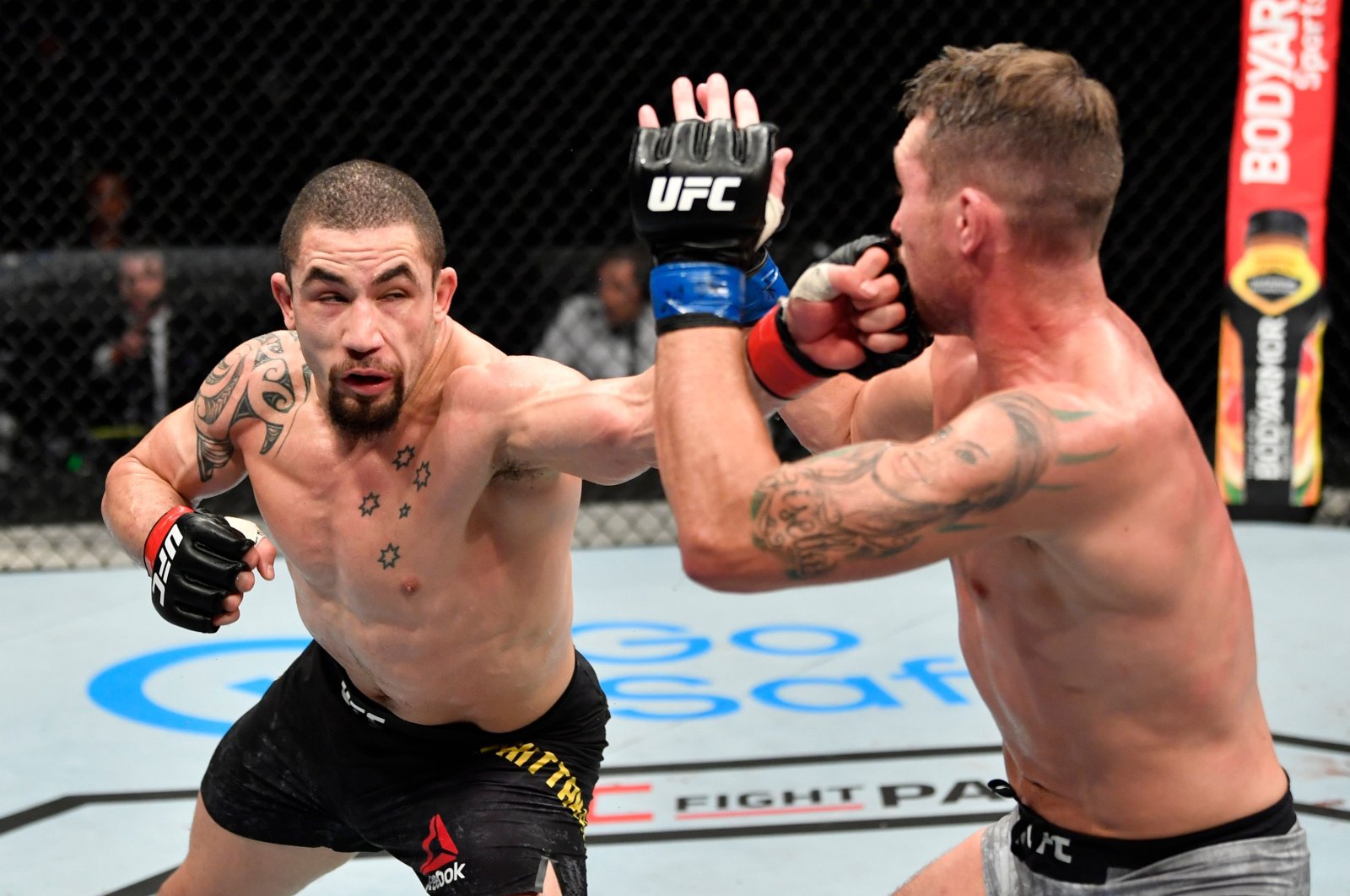 Former middleweight champion Robert Whittaker bounced back to defeat Darren Till Sunday as the UFC's first "Fight Island" drew to a successful close in Abu Dhabi.

"My brain is on overload," Whittaker said after throwing everything at England's Till in a unanimous points win, with all three judges scoring 48-47 for the Australian.

"That fight was so stressful," Whittaker added. "I hope the fans and everybody can appreciate it because that was one of the most technical fights I've ever had."

The 26-square-kilometer (10-square-mile) Yas Island resort complex was sealed off as the Las Vegas-based UFC shielded its fighters from the coronavirus pandemic.

Around 2,500 staff and fighters set up camp under strict bio-secure protocols with constant testing for COVID-19 before, during and after arrival and then regular followup checks throughout.

Those who tested positive for the coronavirus were excluded, with the biggest casualty being Brazilian Gilbert Burns, who lost his shot at Nigerian American UFC welterweight champion Kamaru Usman two weeks ago as a result.

Whittaker, 29, said before the contest that the only thing that worried him was Till's powerful left fist, a weapon that had given the man from Liverpool 10 knockout victories in an 18-2-1 record coming into the fight.

But it was a left elbow from Till instead that put the Aussie on the floor in the first.

Whittaker shook it off quickly and then got down to work, lashing out constantly at Till's leading leg and picking away with jabs.

By the end, the total strike count was 156-81 to Whittaker, who landed 52 to Till's 29 with Whittaker also showcasing superior wrestling skills.

Whittaker lost his belt when knocked out by Nigerian New Zealander Israel Adesanya in October.

But this was a welcome return to form for the Australian who had questioned his future in the sport because of the relentless grind of training.

"He felt me out. In the first round he caught me, he didn't do that again," said Whittaker.

"I had to really adapt on the go. It was such a dynamic fight. Things went more his way than my way. I just got my head down and that got me across the line."

The UFC will return to Las Vegas, but boss Dana White said we might see more of Fight Island in the future, while the world continues to contain the pandemic.

The main card opened with a glimpse into the possible future of the UFC welterweight division.

Swede Khamzat "Borz" Chimaev made it two wins in two weeks on Fight Island with a first-round knockout of Northern Ireland's Rhys McKee.

"Everybody in my division, I'm going to smash them," Chimaev said.