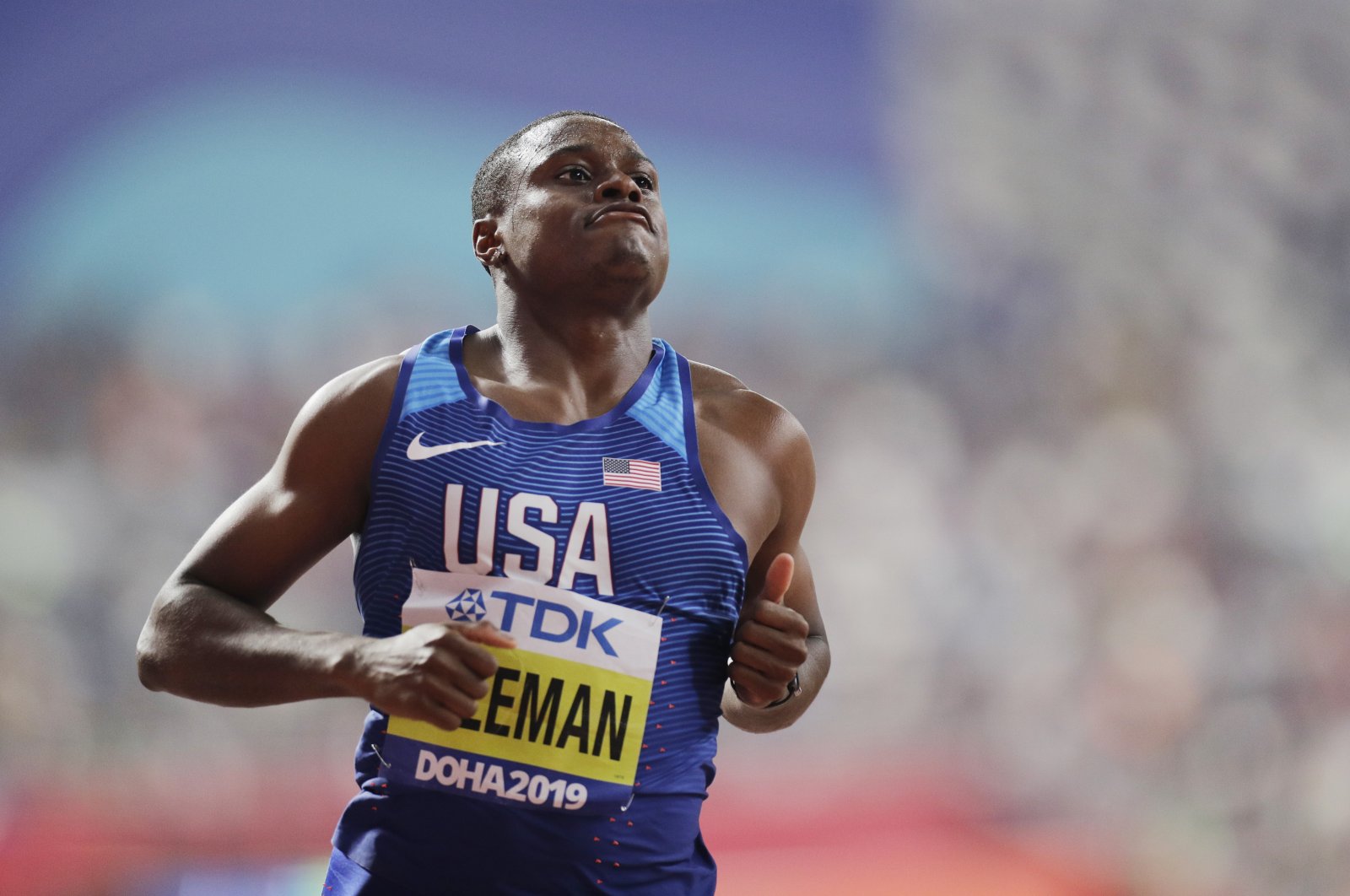 Reigning world 100-meter champion Christian Coleman was provisionally suspended Wednesday over a missed drugs test, putting him at risk of a two-year ban that would rule him out of next year's Tokyo Olympics.

The American sprinter is "suspended temporarily from participating in any competition or activity," said the Athletics Integrity Unit, World Athletics' anti-doping arm.

Coleman, who only narrowly avoided being banned last year after three violations of anti-doping "whereabouts" rules across 2018 and 2019, revealed details of his latest missed test on Twitter.

The world's fastest man, who clocked 9.76 seconds to win the 100-meter gold at last year's World Championships in Doha, said he had unsuccessfully challenged an AIU finding that he missed a test on Dec. 9, 2019.

"And now this might result in me being suspended from other filing failures that occurred well over a year ago at this point," Coleman said.

The 24-year-old is now barred from competition pending a hearing under World Athletics anti-doping rules, the AIU website said.

Coleman's impassioned statement on Twitter was accompanied by what appeared to be a copy of his formal notification from the AIU of a missed test.

Coleman, 24, escaped suspension on a technicality ahead of last September's World Championships after it emerged he had committed three whereabouts failures in a 12-month period.

However, Coleman had successfully argued that the first missed case should have been backdated to the first day of the quarter – April 1, 2018 – meaning the three failures fell just outside the required 12-month period.

But news that Coleman missed another meeting with testers in December means that his offenses in January and April of last year now come into play.

Under World Anti-Doping Agency rules, any combination of three whereabouts failures – either missing a test or failing to file paperwork on time – within a 12-month period is deemed a doping offense punishable by a two-year suspension.

Two-year suspensions can be reduced to one year if there are mitigating circumstances.

"I think the attempt on December 9th was a purposeful attempt to get me to miss a test," Coleman said in a statement posted on his official Twitter account.

"Don't tell me I 'missed' a test if you sneak up on my door (parked outside the gate and walked through ... there's no record of anyone coming to my place) without my knowledge," Coleman said.

Coleman said testers had visited when he was out shopping for Christmas presents nearby, verifiable by bank statements and receipts.

"I was more than ready and available for testing and if I had received a phone call I could've taken the drug test and carried on with my night," he said.

"I was only made aware of this attempted drug test the next day on December 10th, 2019 by the AIU when I got this failed attempt report out of nowhere," Coleman said.

The report from the doping control officer posted by Coleman said the tester had arrived at his apartment and had failed to get a response after "multiple, loud knocks were made every 10 minutes" for an hour.

A doorbell next to Coleman's door was pressed but no ring could be heard. No attempt to reach Coleman by phone was made, according to the document.

"I've been contacted by phone literally every other time I've been tested," Coleman said. "Literally. (I don't know) why this time was different. He even said he couldn't hear the doorbell so why wouldn't you call me?"

Coleman said he was tested two days later and added: "I've been tested multiple times since, even during quarantine."