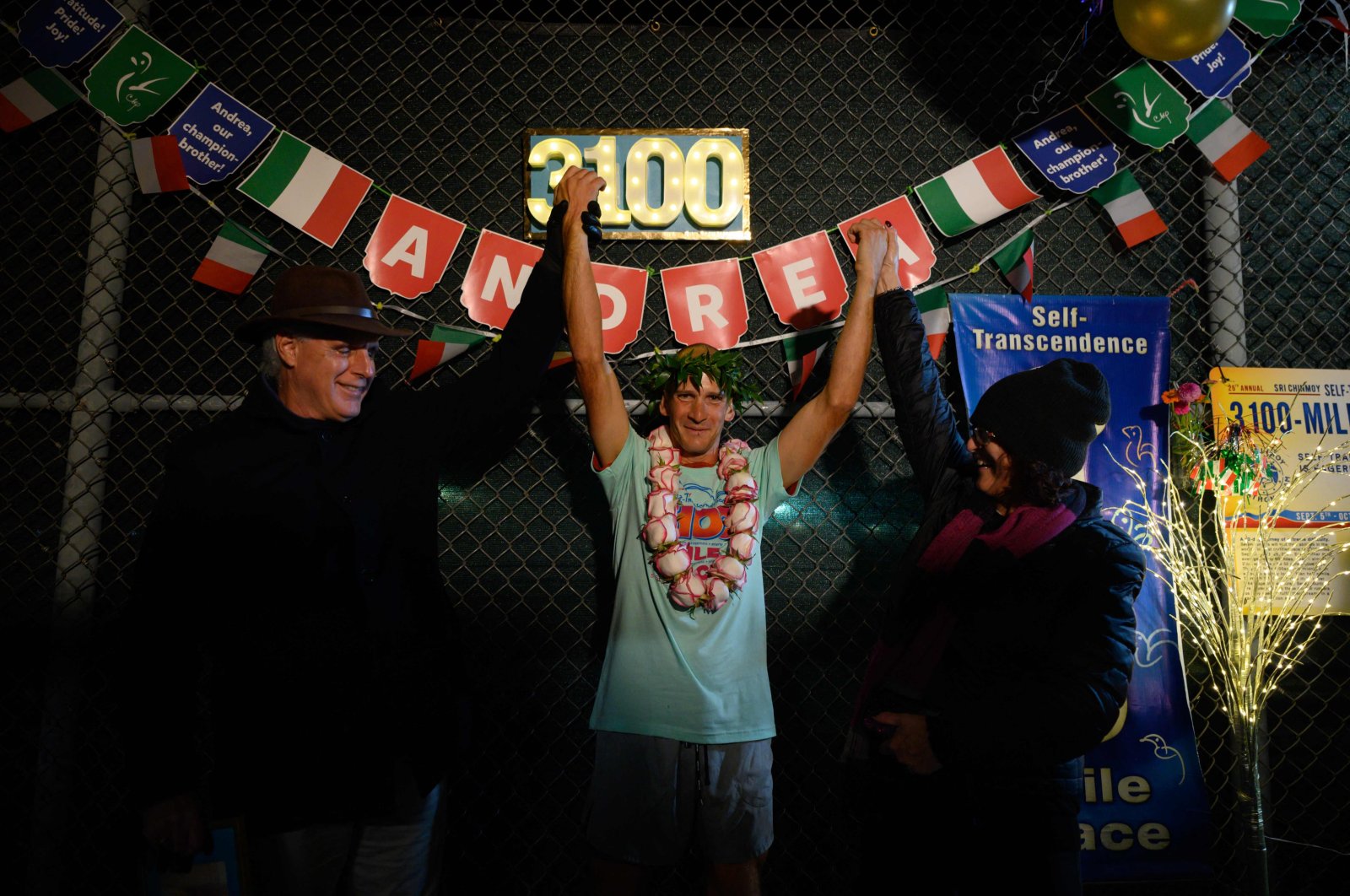 However, unlike other long-distance challenges, the biggest test participants tackle in this race is monotony because it takes you around the same New York block 5,649 times!

Thousands of people have climbed Everest – but, organizers say, just 49 have completed the 3,100 miles (4,989 kilometers) race.

Runners finish more than two marathons a day for almost two months, on less than five hours of sleep a night.

They can't rely on changing scenery to keep them motivated as the route is a half-mile loop on a concrete sidewalk around a high school in Jamaica, Queens.

To mix things up a bit, they alternate daily between running clockwise one day and anti-clockwise the next.

"The first week is quite challenging, especially for the mind. But after a while, you get used to it. You have to accept that every day is going to be the same," he told Agence France-Presse (AFP).

They run, walk and hobble between 6 a.m. and midnight, eating as they go to make up for the estimated 10,000 calories they burn during every session.

For the day's other six hours they sleep, wash and care for their blistered feet in nearby accommodation.

Only ultramarathon veterans who have completed six-day races are allowed to enter.

Harita Davies, the sole woman of this year's seven competitors, said the race takes a physical toll but "the kind of unbelievable thing is that as the days and weeks go by your body actually does adapt, you do get stronger."

Indian spiritual leader Sri Chinmoy, who lived in New York before his death in 2007, founded the run in 1997.

He advocated "self-transcendence," using spirituality to go beyond the limits of what an individual thinks they can achieve.

Runners in the 25th edition, which began Sept. 5, said achieving a meditative state was key to completing the race.

"If the mind is focused, you don't have other thoughts or fears or worries or doubts," said Marcato, 39.

Meditating while navigating the 883-meter loop around Thomas A. Edison Career and Technical Education High School isn't easy though.

Runners go past a busy highway and basketball and handball courts. The route isn't cordoned off from everyday life and twice a day 2,000 school children flood the sidewalk.

"When you first come here you think oh my God it's a concrete jungle. But you can find beauty everywhere. You can look at the sky, the trees, the birds, the people," she told AFP.

The runners, who are also from Japan, Taiwan, Slovakia, Ukraine and Russia, have a small aid station at their disposal where a doctor is on hand to tend to blisters and shin splints.

An RV with a bed provides for quick power naps while a rickety scoreboard displays the number of miles completed by each runner.

Supporters come by to clap while residents shout words of encouragement, although not everyone is sure what is going on.

"I grew up here and had no idea that it was a race. I just figured they were really into jogging," said 34-year-old Julio Quezada.

The race returned to New York after occurring in Austria last year due to the pandemic.

Marcato, from Italy, clocked his 3,100th mile late Sunday, completing the race in less than 43 days with an average of more than 72 miles per day.

He tore through some 16 pairs of shoes in the process and will receive a trophy but no prize money.

"This is the ultimate. It was my dream and here I am," said the passionate ultramarathoner, who works for a plant-based food company.

"The last two laps I was completely disconnected from my body. I didn't feel any pain. It was a really special sensation."

For New Zealander Harris, on track to complete the distance before the Oct. 26 deadline, the race is an opportunity to "explore the frontiers of my capacity and potential" and "to make myself a better person."

When it ends, the healing process begins, which means lots of rest, sleep, food and patience.

But one element of the recovery is perhaps the hardest.

"Getting used to being back to regular life," said Davies.

"This race really simplifies your life because you don't have to think about anything else except running."