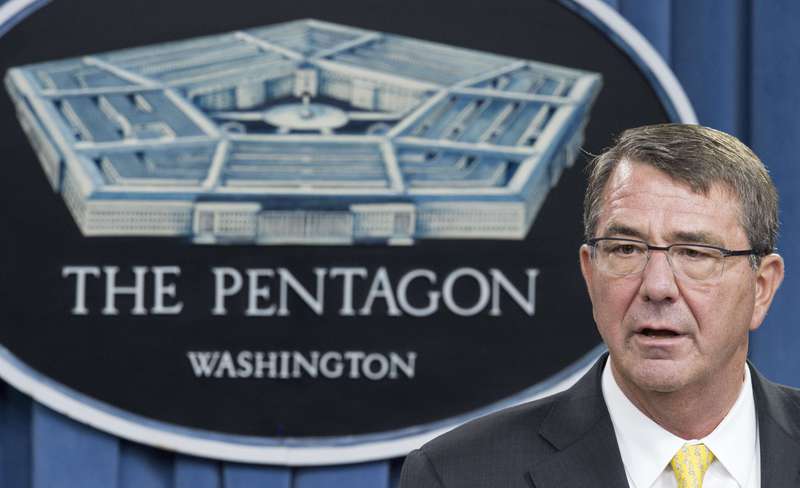 by Daily Sabah with Wires Sep 18, 2015 12:00 am
U.S. Secretary of Defense Ashton Carter spoke with Russia's defense minister on Friday about a Russian-U.S. 'military-to-military' interaction in Syria, a Pentagon spokesman said.

"The secretary and the minister talked about areas where the United States and Russia's perspectives overlap and areas of divergence," Peter Cook said in a statement. "They agreed to further discuss mechanisms for 'de-confliction' in Syria and the counter-ISIS campaign," he added.

A senior Obama official later addressed the nature of the call.

"Defense Minister [Sergei Shoygu] has said that Russian presence is defensive, in nature, designed to honor the commitments to the Syrian government," stated the official, who said the overlapping and diverging reference referred to the fight against ISIS rather than a strategy to resolve the Syrian crisis.

The Obama official noted that the conversation was separate from diplomatic dialogue about a peaceful solution to the Syrian crisis and that Carter and Shoygu found it sensible to converse in order to avoid any misunderstandings and miscalculations.

The call came after Secretary of State John Kerry said Wednesday that Moscow proposed talks with the U.S. on Russian activities inside Syria.

The Pentagon has consistently said Carter has not spoken to Shoygu since the two countries suspended military-to-military relations after Russia annexed Crimea in 2013.

Along with Iran, Russia explicitly supports the Syrian regime and, according to opposition groups, uses the ISIS threat as a pretext for aiding Assad, who many consider responsible for the death of hundreds of thousands of Syrians. Despite calls on Russia to change its stance and help seek a solution, Moscow is not likely to change its policy and stance as the Russian President Vladimir Putin and his administration vow to increase its military and financial support for the regime.