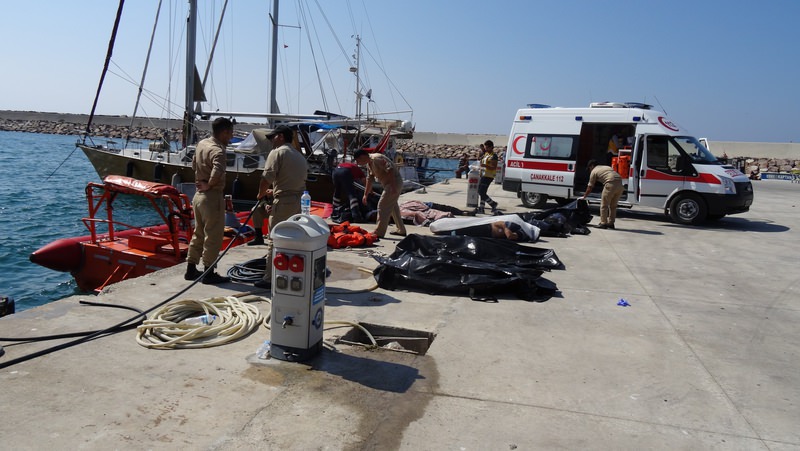 by Daily Sabah Sep 20, 2015 12:00 am
13 Greece-bound refugees have drowned on Sunday after their boat sank off Turkey's Aegean coast as twenty of the refugees on board were rescued by the Turkish Coast Guard.

The Coast Guard said in a statement that it intervened after being alerted that a commercial vessel hit a refugee boat off the western port city of Çanakkale and that bodies were in the water.

The Coast Guard was dispatched to the scene and found 13 bodies of refugees who were trying to cross to the Greek Island of Lesbos, those rescued were transferred to the Ayvalık state hospital.

Many Syrian refugees have attempted to cross the Mediterranean and Aegean Seas by boat to reach European countries, and many of them have lost their lives during the journey.

Turkey's Coast Guards Units have rescued more than 53,000 refugees from drowning and 274 others have lost their lives.