No European country can be 'exempt' from taking in refugees, says French President 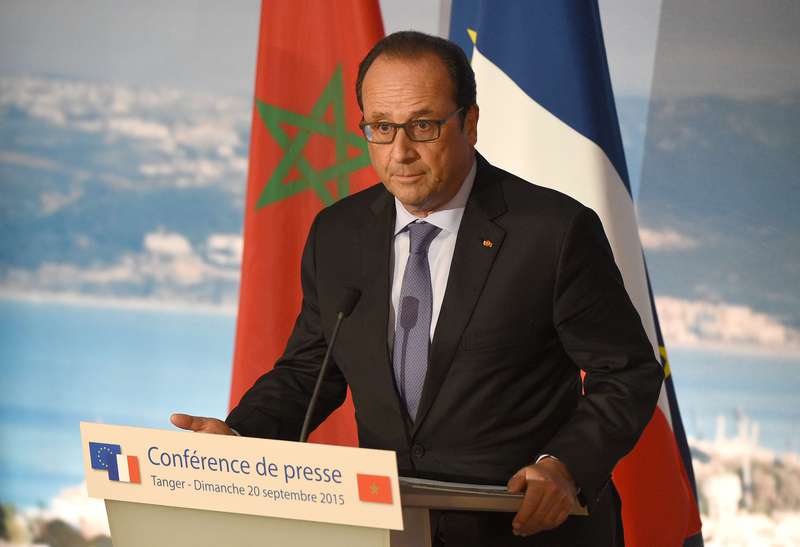 French President Francois Hollande holds a press conference at the Tanger-Med port on September 20, 2015, in the northeastern Moroccan coastal city of Tangier. (AFP Photo)
by Sep 20, 2015 12:00 am
No European country can get out of taking in refugees who have the right to asylum, French President François Hollande said Sunday, amid a growing row over how to fairly distribute a massive influx of migrants across the continent.

The re-distribution "must involve all European countries -- no one can be exempt or we would no longer belong to the same union built on values and principles," Hollande said during a visit to Morocco, ahead of Wednesday's EU crisis summit on a contentious proposal to spread 120,000 refugees across member states.

Hollande told a press conference in Tangiers he had instructed his Interior Minister Bernard Cazeneuve to defend the plan for mandatory quotas at a meeting of his counterparts on Tuesday ahead of Wednesday's full summit of all 28 EU leaders.

"We will ensure that this mechanism is effective regardless of its terms, that commitments can be kept and that it's not always the same countries who are receiving the refugees," the French leader said.

A number of eastern European countries, notably Hungary, Poland, the Czech Republic and Slovakia, have rejected the idea of accepting a share of migrants under national quotas that reflect populations and economic strength.
Last Update: Sep 21, 2015 12:04 am
RELATED TOPICS