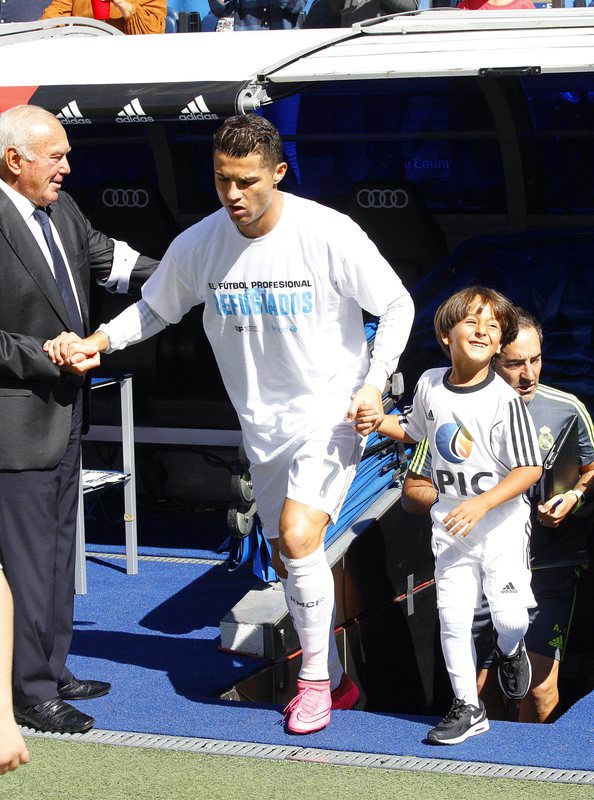 by Associated Press Sep 20, 2015 12:00 am
The son of the Syrian refugee tripped by a Hungarian journalist accompanied Real Madrid star Cristiano Ronaldo onto the pitch before the team's Spanish league game on Saturday.

Madrid invited Osama Abdul Mohsen and sons Zaid and Mohammad to the match, which Madrid won 1-0 against Granada.

Zaid accompanied Ronaldo when the teams entered the pitch before kickoff and received applause from the Santiago Bernabeu crowd.

Before the match, the players wore T-shirts supporting the thousands of refugees fleeing to Europe from the Syrian war.

Mohsen had arrived to the capital earlier this week after a Spanish football academy offered to help them rebuild their life.

Images of him being tripped by the Hungarian journalist provoked outrage across the continent.